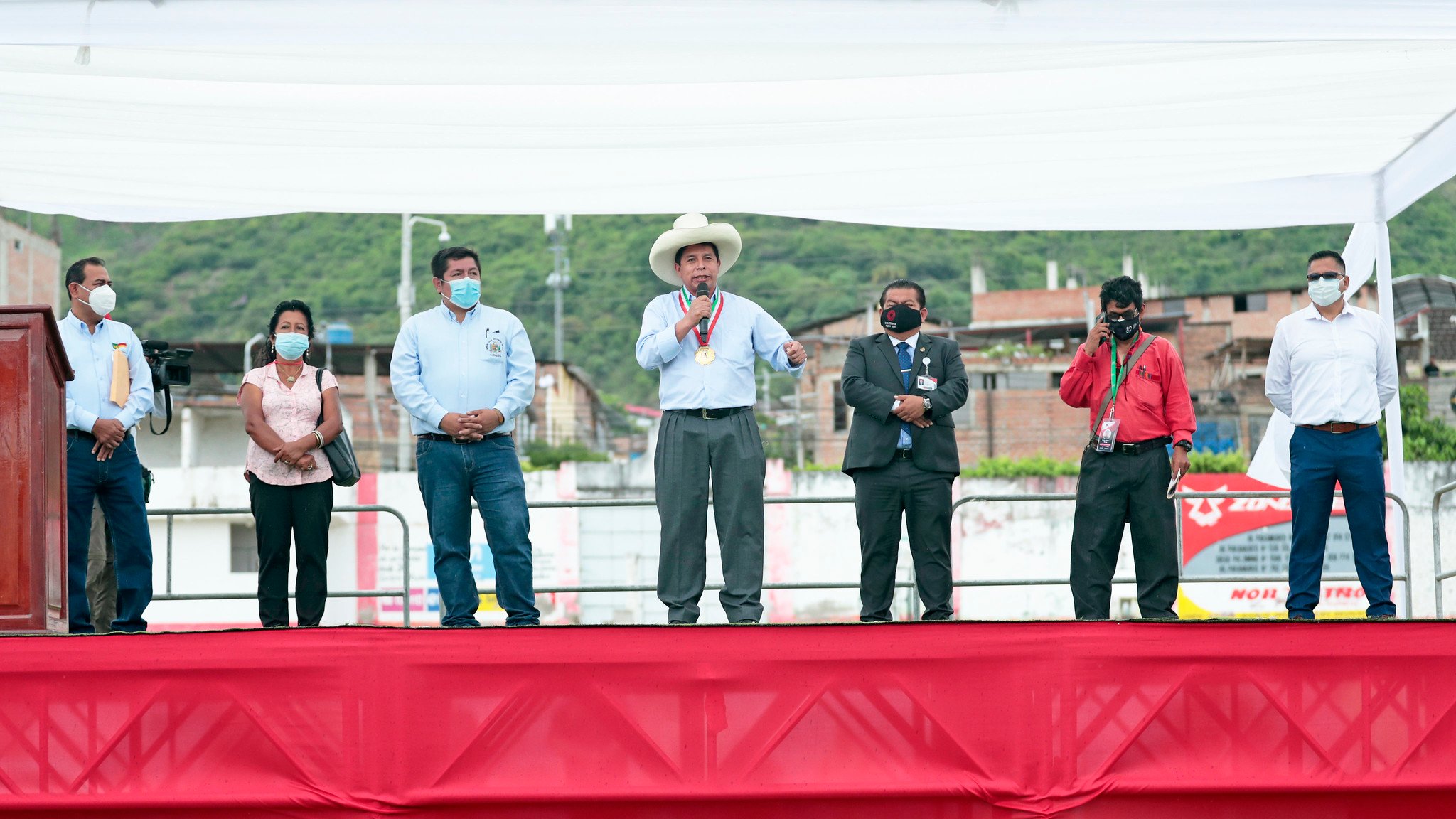 (Reuters, 25.Oct.2021) — Peru’s socialist president, Pedro Castillo, urged Congress on Monday to draft a bill for the “nationalization” of Peru’s natural gas sector, undoing previous statements in which he said he would not seek to nationalize parts of the economy.

In remarks broadcast on government-owned TV Peru, Castillo said he wanted “to draft a joint bill with Congress regarding the nationalization of (the natural gas sector).”

“It is necessary to give Peruvians what the people have produced,” Castillo added.

Castillo campaigned on a far-left platform that included the nationalization of the gas and mining sectors, but had said since taking office in July that he would keep industries in private hands and incentivize private investment.

Under Peru’s constitution, private companies can be nationalized only with congressional approval. Peru’s Congress leans right and it is unlikely that a majority coalition would support the nationalization of the gas sector.

Castillo’s first prime minister, Guido Bellido, threatened in a tweet last month to nationalize the Camisea consortium, but the president replaced him with a more moderate pick on Oct. 6. Peru’s sol currency, which had fallen to a record low following the nationalization threat, rallied on the news.

Earlier on Monday, the new prime minister, Mirtha Vasquez, repeated in remarks to Congress that the Castillo administration seeks to respect private property.

“We are conscious of the importance of private investment in generating economic growth,” Vasquez said.

She and a new Cabinet are seeking approval from Congress, with a confirmation vote now set for next week.