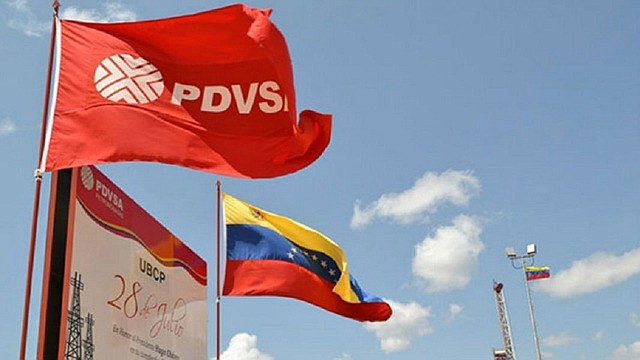 — On 29 Oct. 2021 Petobras will host two webcasts, the first in Portuguese and the second in English, to present the co.’s results for the 3Q:21. Petrobras will use the Microsoft Teams tool (link below) for the event.

— Effective 23 Oct. 2021, the price of extra and ecopais gasoline will be frozen at $2.55/gal, while the price for diesel for public transportation including tourism, education and heavy industry will be frozen at $1.90/gal, Ecuador’s President Guillermo Lasso revealed Oct. 22 in an official stmt.

— Silverton Metals Corp. (TSX-V: SVTN) (OTCQB: SVTNF) provided an update of exploration activities at the Pluton silver-zinc-lead project in the state of Durango, Mexico. Recent processing and 3D-modelling of geophysical data commissioned by the co. new target areas and features not previously identified, which are potentially related to mineralization, the co. said 25 Oct. 2021 in an official stmt. To date, magnetometry reprocessing has been completed while ZTEM and gravity modelling are in progress. Permitting is underway for a seismic test line scheduled to be surveyed before year-end. The seismic profile is expected to determine the depth to carbonate rocks that host silver-rich manto-chimney deposits (aka CRD’s or carbonate replacement deposits) in the district.

— “It would be interesting to see the outcome of COP26 for Trinidad and Tobago, the Caribbean region and the globe at this critical juncture,” said Mark Loquan, President of The National Gas Company of Trinidad and Tobago on 25 Oct. 2021 in a post on LinkedIn.

— Heard on the Street: The gov’t of Venezuela claims production is around 750,000 b/d with 1 MMb/d in sight by YE:21 with everything that is being done to maintain that level.

— Heard on the Street: Venezuela, which under normal condition consumes 190,000 b/d of gasoline is currently consuming between 120,000-125,000 b/d, while the country’s refineries are producing over 100,000 b/d. PDVSA’s Puerto La Cruz refinery is said to be producing over 50,000 b/d of gasoline but there are still problems transporting the product from the refinery to the petrol stations.

— B2Gold Corp. (TSX: BTO) (NYSE AMERICAN: BTG) (NSX: B2G) entered into a binding agreement w/ West African Resources Limited (ASX:WAF) dated 25 Oct. 2021 whereby B2Gold will divest to WAF 100% of the issued and outstanding shares of Volta Resources (Cayman) Inc., the holder of an 81% interest in the Kiaka gold project located in Burkina Faso. Per the deal, B2Gold will receive: cash pmt of $450,000 paid on execution of the deal; $45,000,000 payable on closing of the deal, comprised of 50% cash and 50% in WAF ordinary shares; $45,000,000 payable on the earlier of (i) commencement of construction at the Kiaka project (provided such date will be a minimum of 6 mths from the date of the Kiaka deal), (ii) completion of a positive feasibility study at the Kiaka project, and (iii) 25 Oct. 2022, in cash or WAF ordinary shares, at B2Gold’s option but subject to any required WAF shareholder approval to issue WAF ordinary shares; and 2.7% net smelter return (NSR) royalty interest on the first 2,500,000 ounces of gold produced at the Kiaka project, and a 0.45% NSR royalty interest on the next 1,500,000 ounces of gold produced at the Kiaka project.