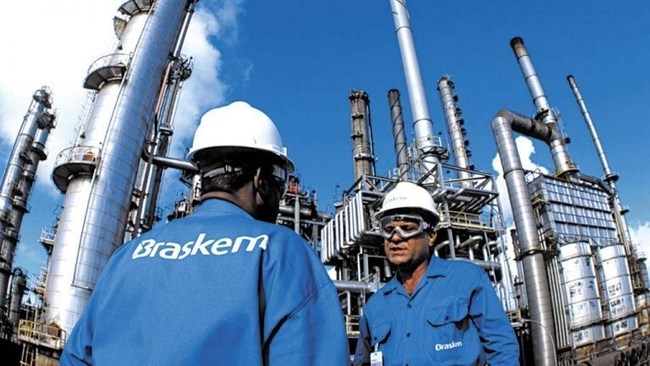 (Bloomberg, 19.Aug.2021) — A public equity offering is again emerging as a possible exit strategy for the controlling shareholders in one of the world’s top petrochemical makers, Braskem SA, people familiar with the matter said.

Novonor hired Morgan Stanley as the group previously known as Odebrecht looks to sell its 38.3% Braskem stake as part of efforts to recover from a Brazilian corruption scandal, the people said, asking not to be named discussing private conversations. Brazilian oil giant Petrobras, which has 36.1% of Braskem, confirmed the hiring of JPMorgan Chase & Co.

Petrobras and Novonor have been trying to sell Braskem for years. Options include a private transaction, although that’s becoming pricey for would-be buyers, with Braskem’s market value more than doubling this year to $7.8 billion, and could trigger a tender offer for all shares. Another option is selling Braskem in pieces to appeal to buyers who aren’t interested in the entire business, but that could leave owners with some hard-to-sell assets, the people said.

Now, an alternative is back on the table — a coordinated public share sale, with Novonor and Petrobras divesting their stakes bit by bit on the market. That option could appeal to Petrobras, a state-run enterprise that needs to render accounts to taxpayers. The oil driller successfully sold its fuel distribution unit in a similar way.

Still, the public share sale option, which was under consideration in 2019, also presents some complications. The Novonor-Petrobras shareholder pact would need to be overhauled, the share classes unified and corporate governance improved for a possible listing on the Novo Mercado segment of the Sao Paulo exchange.

Decisions on the sale model haven’t been made yet and any transactions would take considerable time to happen. Petrobras and Novonor didn’t immediately reply to emailed requests for comment.

Braskem is a prized asset for Novonor, a conglomerate that’s been struggling to bounce back from the Carwash corruption probe that brought the construction industry to its knees as access to government projects was cut off and executives were jailed. Odebrecht paid millions in fines in other Latin American countries and has seen its project pipeline diminished. The Braskem shares are pledged as collateral for loans from Brazilian banks including BNDES.

Braskem fell as much as 3.5% in New York Thursday.

By Cristiane Lucchesi and Mariana Durao