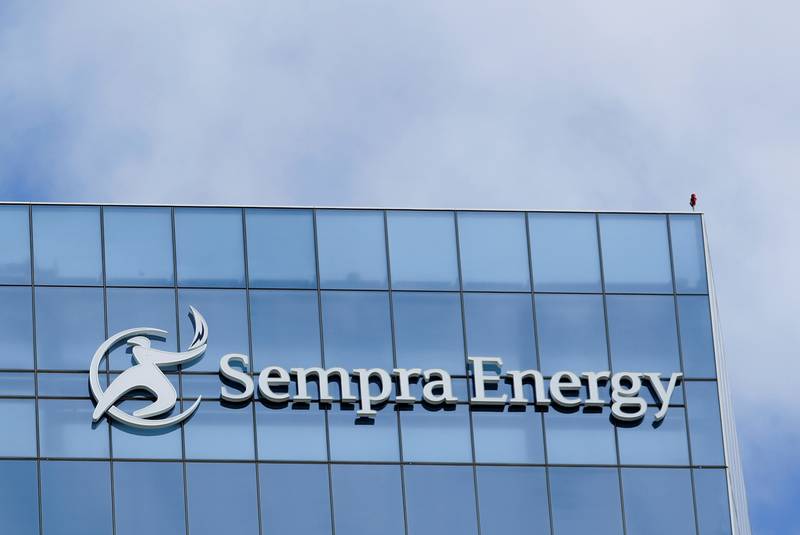 “At Sempra, we want to help ensure energy is increasingly abundant, cleaner and more affordable. We’re executing against a plan that extends our capabilities to better serve the growing needs of customers here in North America and overseas,” said Jeffrey W. Martin, chairman and chief executive officer of Sempra. “Integral to the effort are our employees, whose relentless focus on safety, innovation and operational excellence allows us to meet the opportunity of this moment.”

The reported financial results reflect certain significant items as described on an after-tax basis in the following table of GAAP (generally accepted accounting principles in the United States of America) earnings, reconciled to adjusted earnings, for the second quarter and first six months of 2022 and 2021.

Sempra California is continuing to operate and construct critical new infrastructure that promotes safety and reliability, while also integrating cleaner forms of energy.

In June, SDG&E announced it had received approval from the CPUC to build four microgrid facilities equipped with energy storage to help dispatch cleaner energy to the grid during peak demand. The projects are aimed at furthering climate resiliency with the ability to operate independently from or in parallel with the larger regional grid to help improve power continuity during grid outages and capacity shortfalls.

Also in June, SoCalGas submitted its annual fugitive emissions report to the CPUC, reporting a significant achievement in reducing greenhouse gas emissions. From 2015 through 2021, SoCalGas reduced fugitive methane emissions by approximately 37%, significantly surpassing California’s goal of a 20% reduction by 2025 and nearing the state’s goal of a 40% reduction by 2030. The company’s success comes from innovation in new detection technologies, including aerial methane mapping and drones to map and detect methane.

In Texas, high demand driven by premise growth, new high-voltage interconnections, and one of the fastest growing economies in the nation necessitates a reliable and resilient grid. Oncor Electric Delivery Company LLC is supporting the state’s notable demographic growth by executing on its record capital plan, which is focused on critical new transmission and distribution (T&D) infrastructure.

Additionally, the company connected approximately 35,000 premises in the first six months of 2022. Notably, in June, Oncor received interconnection requests for 110 new housing subdivisions, the most ever received in any one month.

In May, Oncor filed its base rate review with the Public Utility Commission of Texas. The company expects any adjustments to rates to be effective by the end of the first quarter of 2023.

“There is an intersection of opportunity right now,” said Justin Bird, CEO of Sempra Infrastructure. “It is expected that the United States will more than double its LNG export capacity by the end of the decade, while advancing the dual objectives of global energy security and decarbonization.”

During the quarter, Sempra Infrastructure advanced its LNG development projects by signing a series of non-binding heads of agreements (HOAs) for approximately 12 million tonnes per annum (Mtpa) with the Polish Oil & Gas Company (PGNiG), RWE Supply & Trading, a subsidiary of RWE, and INEOS Energy Trading Ltd., a subsidiary of INEOS, culminating with an HOA with ConocoPhillips that supports the development of Phase 1 of the Port Arthur LNG project.

Sempra Infrastructure is also supporting the growing integration of North American energy markets through its cross-border infrastructure, as well as investments in clean energy development. In May, Sempra Infrastructure signed a participation agreement with TotalEnergies, Mitsui & Co., Ltd. and Mitsubishi Corporation, to advance the Hackberry Carbon Sequestration project in Southwest Louisiana.

As part of its business portfolio, Sempra Infrastructure is working on initiatives focused on sustainability and the global energy transition to advance its goal to lower the greenhouse gas emission intensity at its LNG and other facilities. Additionally, the company is working to provide decarbonization solutions to its customers in North America and in global energy markets.

Sempra will broadcast a live discussion of its earnings results over the Internet today at 12 p.m. ET with senior management of the company. Access is available by logging onto the company’s website, sempra.com. For those unable to log on to the live webcast, the teleconference will be available on replay a few hours after its conclusion by dialing (888) 203-1112 and entering passcode 1507557.