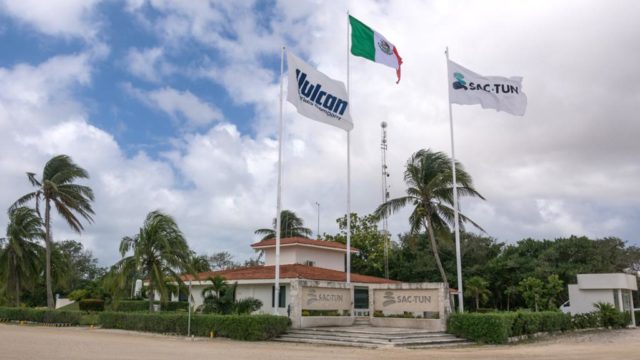 Today, Vulcan Materials Company confirmed that the Mexican government has suspended the three-year customs permit granted in March 2022 to the Mexican subsidiary of the company and has begun a proceeding that could result in the revocation of that permit. A decision to maintain or revoke the permit will be made within weeks.

This routinely renewed permit had been recently granted for customs purposes at the port terminal within our property. The port terminal is operated by the company pursuant to a concession that is valid through 2037. The permit enables Vulcan’s subsidiary to export its production to the United States; however, absent the customs permit no export or import operations of any kind may be conducted by any entity at the port terminal.

As with the arbitrary shutdown orders to immediately cease underwater quarrying and extraction operations received on May 5, Vulcan strongly believes that this latest action by Mexico is arbitrary and illegal.

These adverse measures have the effect of shutting down the operations of SAC TUN in Quintana Roo, Mexico. Vulcan has sought injunctive relief in Mexico that, if granted and complied with, would enable the company to resume normal operations including the extraction, processing and export of materials. Should the company be unable to fully operate in Mexico for the balance of 2022, the potential EBITDA impact would range from $80mn to $100mn, which would approximate 5% of Vulcan’s Adjusted EBITDA guidance of $1.720-$1.820bn for 2022. The company intends to vigorously pursue all lawful avenues available to it in order to protect its rights, under both Mexican and international law, and resume normal operations as soon as permitted.

The company has quarried limestone legally in Mexico – on land that it owns – for over 30 years.  Vulcan has the right to maintain full ownership of its properties, owns the limestone reserves in the same, and complies and has always complied with Mexican law, including the laws and permitting regulating our operations from which we service our customers in the United States, Mexico and the Caribbean basin.

Since late 2018, Vulcan Materials has been engaged in a NAFTA arbitration with Mexico over Mexico’s repudiation of an agreement to unlock a portion of Vulcan’s aggregates reserves in Mexico and the arbitrary shutdown of a different portion of the company’s quarrying operations there.  A hearing took place in July 2021, and a decision is expected in the second half of 2022.  This decision may be delayed if the Tribunal accepts the company’s recent request to hear the new NAFTA violations related to Mexico’s latest measures. Vulcan has continued to engage with government officials to pursue an amicable resolution of the dispute while awaiting the final resolution from the NAFTA tribunal.