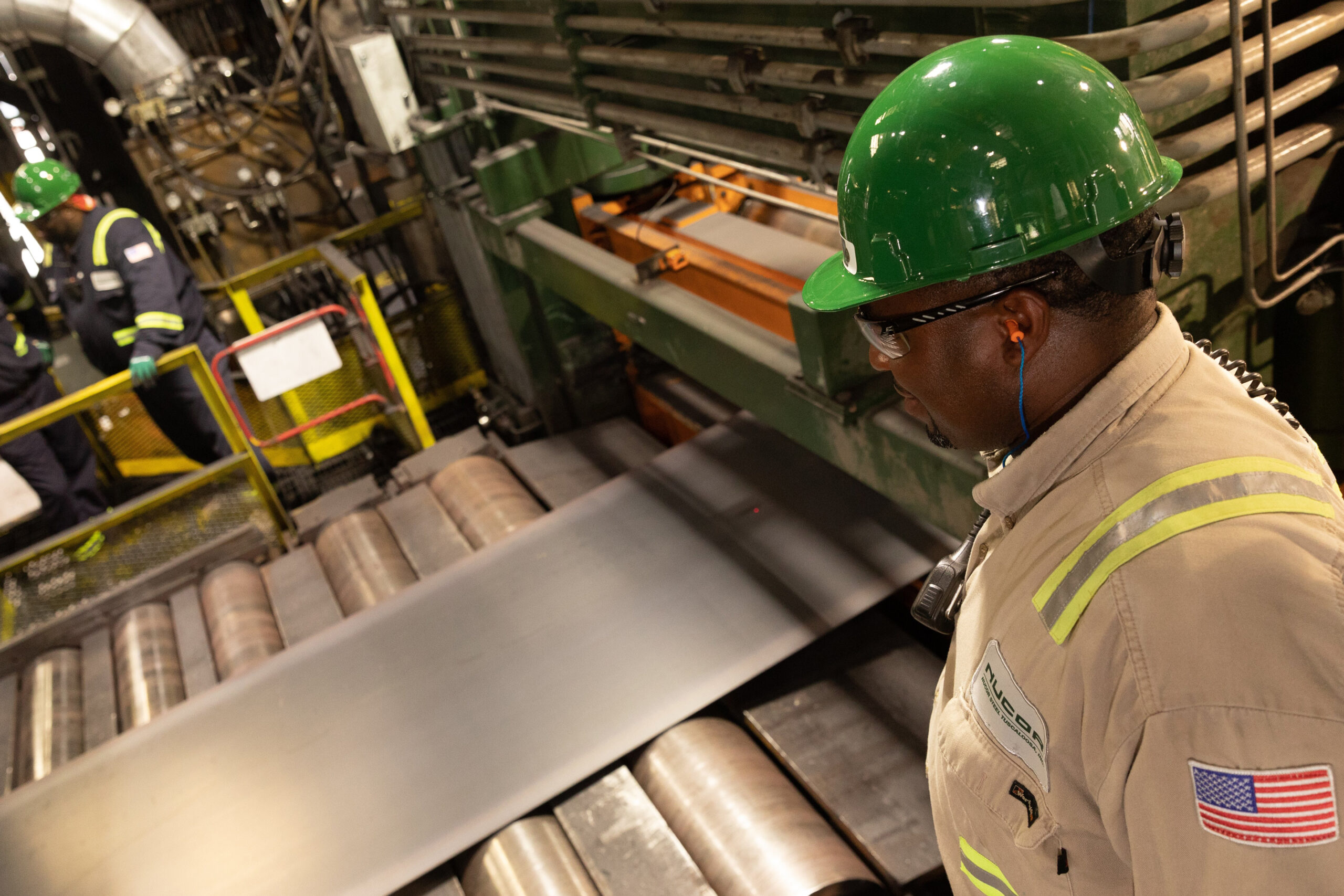 (Nucor, 13.May.2022) — Nucor Corporation (NYSE: NUE) announced that MaryEmily Slate, Executive Vice President of Commercial, plans to retire due to health issues on 11 June 2022 after more than 21 years of service with Nucor.

Leon Topalian, Nucor’s President and CEO, commented, “For more than 21 years, MaryEmily’s dedication, exceptional leadership and commitment to excellence have contributed greatly to the growth and profitability of Nucor.  More importantly, her passion for encouraging and developing teammates will be one of her lasting legacies.  On behalf of the Board of Directors and all Nucor teammates, I want to extend our deep appreciation to MaryEmily for her leadership and commitment to making Nucor a better company.  We wish the very best for MaryEmily and her family.”

Chad Utermark, Nucor’s Executive Vice President of Fabricated Construction Products, has been appointed to the newly created position of Executive Vice President of New Markets and Innovation effective 15 May 2022. In his new role, Mr. Utermark will focus on Nucor’s continued growth into new markets and the integration of new businesses into the core operations of the Company.

Mr. Utermark’s successor will be named at a later date.

“I am very pleased to announce these executive management team changes,” said Mr. Topalian.  “John is a talented leader who will be a strong addition to our executive team.  These changes, including the addition of Chad’s new role, will enable our team to focus on the significant strategic investments we have made and will continue to make into new markets while also continuing to grow our core steelmaking business.”