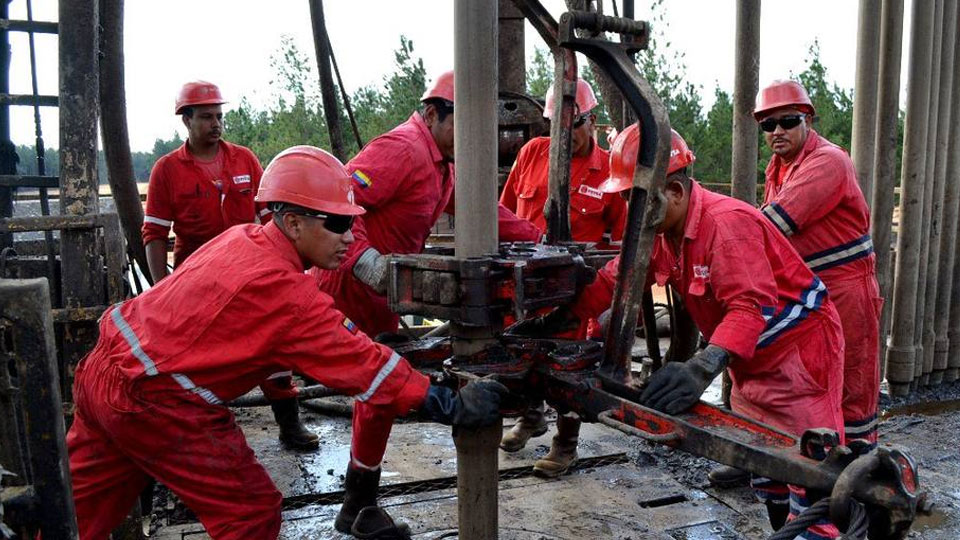 (Energy Analytics Institute, 13.Mar.2022) — A brief history of Venezuela’s initial crude discovery in 1914 and the eventual move to focus on the Orinoco Heavy Oil Belt.

In 1914, Venezuela’s first important heavy oil field, Mene Grade, was discovered. Initial production from the shallow sands located at 550 feet averaged 264 barrel per day per well of oil with API gravity down to 10.5°. In 1956, steam injection was tested in Mene Grade; however, steam from the shallow formation erupted at the surface. Injection wells were later introduced to further release pressure and they produced oil. This led to the fortuitous discovery of the benefits of cyclic steam injection, sometimes called “huff and puff” or “steam-soak.”

Venezuela is blessed with numerous heavy-oil reservoirs, but none compare to the largest accumulation of heavy and ultraheavy oil in the world – the 55,000 square kilometer (21,240 square mile) Orinoco heavy oil belt, also known as the Faja.

Although a discovery well drilled in 1935 produced 40 b/d of 7° API crude, the Faja was not studied in detail until 1968. These studies led to a five-year campaign by Venezuela’s state oil company, Petroleos de Venezuela (PDVSA), in which various hot-and-cold-production techniques were assessed. During the study campaign, researchers found that reservoir properties were found to be typical of shallow, unconsolidated heavy oil sands. Original calculations estimated that no more than 5% of the 7°-10° oil initially in place could be recovered without heating. By the late 1980s, the cost of heating made the commercial viability of developing the Faja unfavorable.

However, several factors combined to improve the situation. Faja crude has a lower viscosity at any given API than most heavy oils; thus, is in spite of extremely low API gravity, it was possible to pump oil without the cost of heating and achieve rates of a few hundred barrels per day. Higher rates were needed for economic development, but higher rates caused significant sand production and required more powerful down-hole pumps. Horizontal wells solved the first problem, allowing higher flow rates with less pressure drawdown, thereby minimizing sand problems. Cold production form horizontal wells also could yield a recovery factor similar to that of cyclic steaming in vertical wells, at a much lower cost. By the mid-1990s, horizontal well techniques had become cost-effective, while progressive cavity and electrical submersible pumps had evolved to handle heavy crudes and large volumes. The technology was in place for commercial development of Faja heavy oil.