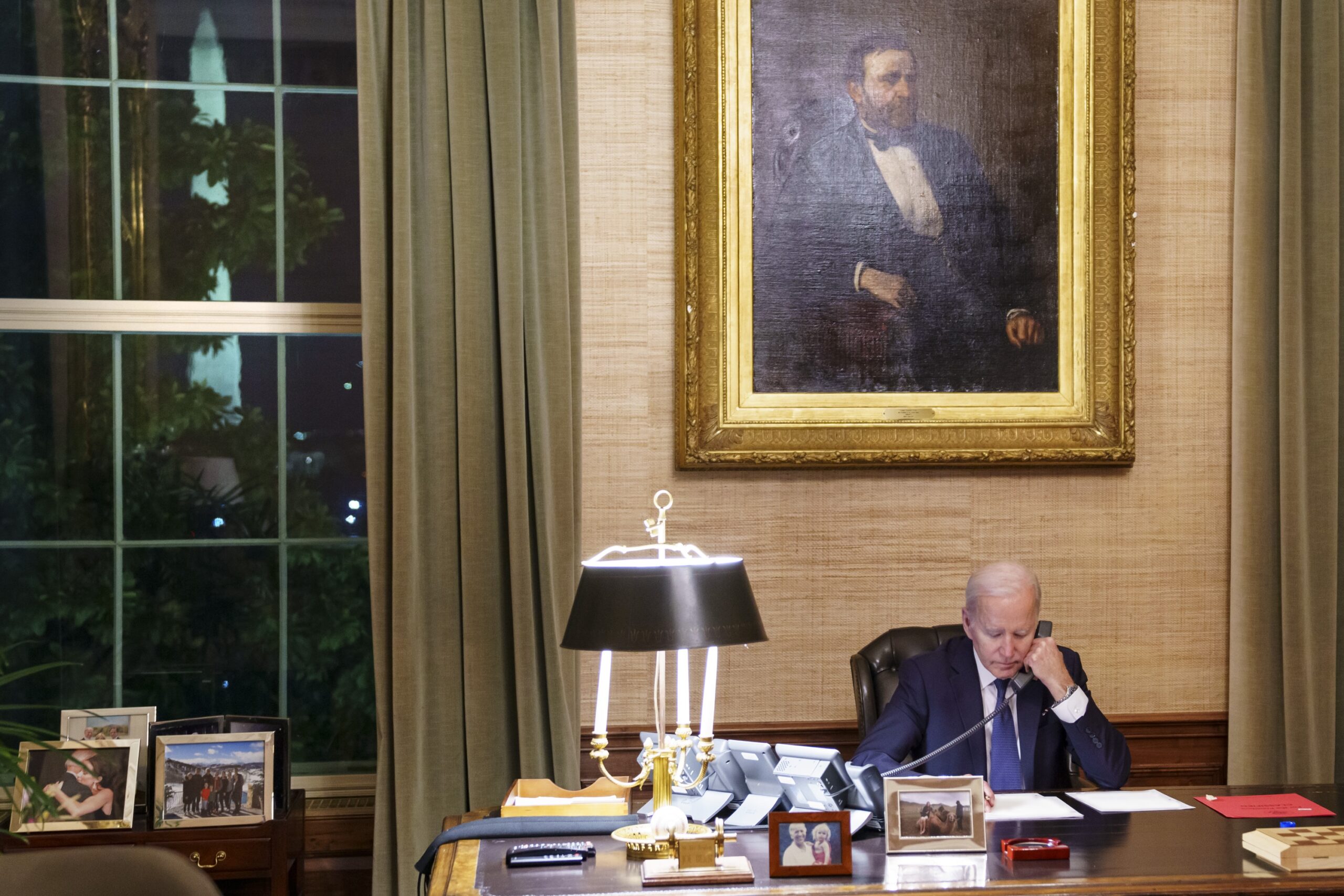 (Miami Herald, 9.Mar.2022) — Now that President Biden has announced a ban on imports of Russian oil, the United States should reevaluate sanctions against Venezuela, double down on targeted sanctions against individuals and reverse broader sanctions that hurt our national interests and the interests of the Venezuelan people and aid Russia’s energy dominance.

Lifting broad sanctions against Venezuela’s oil sector could create space for the United States to apply more direct sanctions against Russian oil and gas exports. Such a move could aid Venezuelans suffering from the ongoing humanitarian crisis.

Sanctions have been in place since 2006 with each U.S. administration intensifying its reach against Nicolas Maduro and the vast web of corrupt officials who make up his government. To date, these sanctions have neither changed the regime nor modified Maduro’s behavior. In addition to extreme corruption, well-documented and widespread human-rights violations continue.

Meanwhile, almost 8 million Venezuelans have poured out of the country, mainly owing to the Maduro government’s economic mismanagement and the humanitarian crisis spurred by this authoritarian regime. For the 22 million Venezuelans who remain, each day brings greater scarcity, repression and famine.

U.S. sectoral sanctions toward Venezuela (and Iran) removed significant heavy crude oil supply from the global energy market and allowed Russian oil and gas companies to step in to service the demand.

In 2020, Russia’s oil exports to the United States hit a 16-year high. Russian energy exports to Europe are even more expansive. Russia exports more than 40% of its oil and almost 70% of its gas to Europe. Russia exports roughly 3 million to 4 million barrels of heavy crude oil a day, so a five-dollar increase in price per barrel generates an additional $15 million to $20 million a day for Russian exporters. In short, Russian energy sales are vital to Moscow achieving its strategic objectives.

Paradoxically, Russia is content with U.S. sanctions because it keeps Venezuelan oil in the ground, reduces the global supply and, most important, keeps American companies sidelined. This results in Russia fetching a higher price for its own heavy crude on the global market. Sanctions also keep Venezuela and U.S. companies that could be operating in Venezuela from competing against Russia energy companies in the global market. Russia owns significant energy assets in Venezuela, including nearly 81 billion barrels of proven reserves via its joint venture with Petróleos de Venezuela, S.A. (PDVSA), but has chosen to leave it in the ground.

Experts say that Venezuela may have up to tens of millions of barrels in storage that could quickly find its way to the global market. Its energy sector has a long way to go to get its production capacity back up to its high of around 3 million barrels per day; it sits at just under 1 million today. That said, “lifting” costs in Venezuela are among the lowest in the world. That means that it is cheaper to lift Venezuelan oil than it is U.S. oil. That is where the U.S. private sector comes in. Several major oil and gas firms are lobbying Washington to eliminate sanctions so that they can participate in Venezuela’s oil sector, and many experts have pressed Washington to reevaluate its sanction policies toward Venezuela. Of course, the United States could always ask Gulf states to increase production and tap into their spares, but that moves us back to dependence on the Middle East.

As gas prices surge past $5 per gallon on the heels of Russia’s invasion of Ukraine, U.S. policy towards Venezuela is now a nationwide issue that extends beyond the large Venezuelan communities residing in Florida, New York, Texas, and California.

Results from a recent survey conducted by Florida International University’s Latino Public Opinion Forum illustrate that Venezuelans are disappointed with the impact of the sanctions and favor providing more humanitarian assistance to Venezuela, whether or not Nicolás Maduro remains in office. A majority also agrees with an adjustment of economic sanctions on Venezuela’s oil sector to allow this revenue to be used solely for humanitarian assistance, but only if the Maduro government is prohibited from managing or accessing oil revenue.

Russia’s invasion of Ukraine provides the moment to reevaluate sanctions against Venezuela, to continue targeting corruption and authoritarianism and simultaneously reverse broader sanctions that hurt our national interests, the interests of the Venezuelan people, and aid Russia’s energy dominance.

Brian Fonseca is director of the Jack D. Gordon Institute for Public Policy and an adjunct professor in the department of politics and international relations at Florida International University’s Stephen J. Green School of International and Public Affairs.

Eduardo A. Gamarra, Ph.D., is professor of politics and international relations and serves as the founding director of the Jack D. Gordon Institute for Public Policy’s Latino Public Opinion Forum.