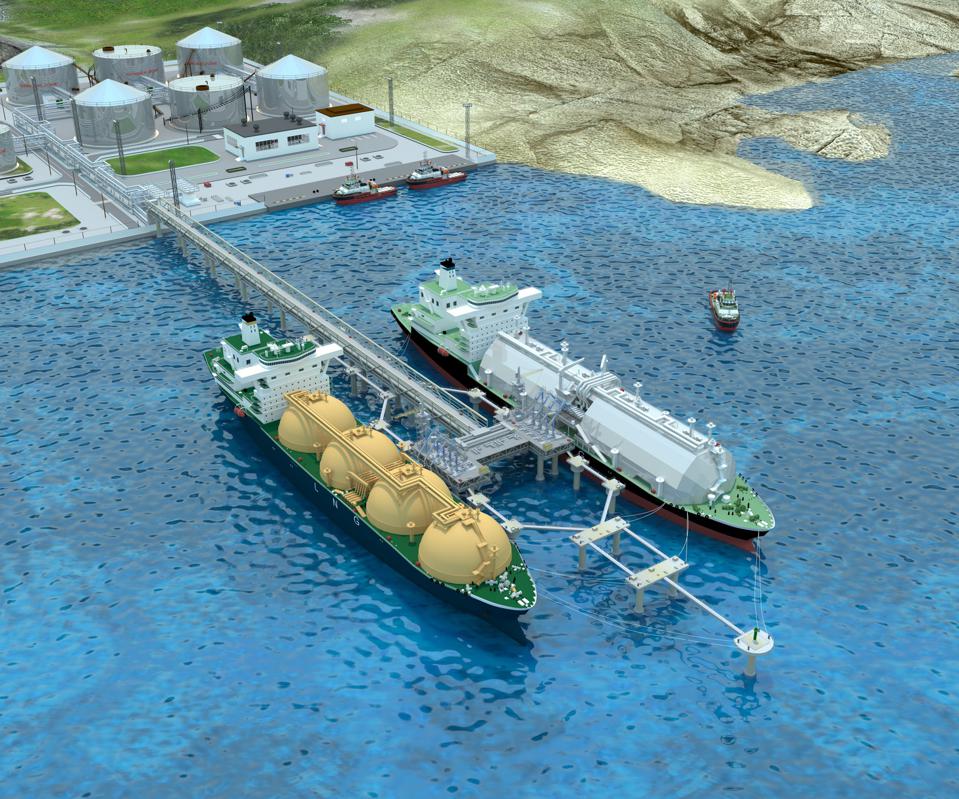 (Baker Institute, 26.Oct.2022) — Prices of natural gas in Europe have skyrocketed to levels scarcely seen before 2021. European governments, especially those soon up for reelection, are understandably concerned about the future. That future is undermined by the economic hardship being caused by high energy prices. Not surprisingly, there is a search for the culprit, beyond Russia of course! After all, someone is experiencing a windfall in profits for natural gas as the price of the fuel in Europe is many times higher than prices in countries exporting gas to Europe in the form of liquified natural gas (LNG).

Some, like German economy minister Robert Habeck, have begun to criticize the US and other “friendly” LNG supplier countries, of profiting from “astronomical prices.” French President Emmanuel Macron, not to be outdone, accused the US of a “double standard” because “American gas is 3-4 times cheaper on the domestic market than the price [of LNG] at which they offer it to Europeans.”

While US LNG exporters are doing well by any measure in the recent market environment, they are not the ones reaping most of the benefits of tight markets and exorbitant prices in Europe. The reason is that US LNG exporters’ contracts are structured differently in terms of pricing and flexibility from those of virtually every other LNG supplier globally.

To begin, US LNG is priced on the basis of Henry Hub (HH), a pipeline interconnection point near the US Gulf Coast that serves as the major market exchange point for both physical and future contracts in the US. US HH prices have increased significantly over the last year or so but pale in comparison to the prices in the European hub (See Figure 1 for comparison of prices in the US (HH), Europe (TTF) and Japan). US LNG contracts are generally either service contracts — where the US company never owns title to the LNG — or sales contracts delivered based on the “free-on-board” (FOB) principle. In both cases, US LNG exporters cease to have any custody or ownership over their product when LNG is transferred onto an LNG tanker at the US plant’s loading dock. From then on, it is up to the buyer where and for what price the LNG is sold. In fact, EU competition law purports to make it unlawful for a seller to Europe to control the destination or price once the seller no longer has title to the LNG! Currently, given high prices, Europe is one of the major markets for this gas but it is not the US LNG exporters or US gas producers who pocket the steep price difference between HH and European spot prices. It is the “middle men” companies who buy natural gas or LNG in the US and sell LNGin Europe that receive the windfall.

And who are these middle men who capture the recent markup of up to 400%? The irony in both President Macron and Minister Habeck’s complaint is that many of these companies are European, and almost none are American. First, consider the LNG buyers who signed long-term offtake contracts for LNG from US exporters. These buyers are listed in the public record, and the largest ones that export LNG from the US are supermajors based in … Paris, the Hague, and London, as well as gas companies in Spain, Portugal, Italy and even Germany. There are other large buyers from Japan, Korea, India and other countries. But importantly, very little LNG is exported directly to Europe by US companies on a long-term basis and almost none of this LNG is sold at European prices.

The second set of players who profit from buying LNG produced in the US and selling it in Europe are the traders. These companies buy LNG cargoes in the secondary market (think retail rather than wholesale). Surely, you think, these traders must be American companies? For the most part, no. While a few US LNG exporters may sell cargoes themselves to Europe, these are largely excess cargoes left over after all the baseload contracts (which account for about 95% of the capacity of the facility) have been fulfilled. Rather, most of the LNG trading is done by trading companies based in Switzerland, sometimes with London trading desks.

Regardless of who benefits, President Macron and Minister Habeck are right that Europeans are now paying “astronomical” prices for natural gas that are several times higher than US HH prices. But that did not have to be the case.

For decades, despite policy to the contrary, Europe’s diversity of energy supply eroded. In particular Western European economies became accustomed to increasing volumes of Russian gas with Europe ultimately relying on Russia for up to 45% of its natural gas. In the past, US LNG exporters offered long-term LNG contracts to European companies at much lower prices than Europe is now paying, but at no avail. Democratic and Republican US presidents urged especially Germany to build an LNG receiving terminal, if only so Germany would have a backup option should Russia play its hand in a malevolent way. That option was rejected due to a “lack of a sufficient response” by customers in 2020, and to this day Germany, with the world’s fourth largest economy, has no LNG import capability (although this is about to change now with rushed employment of floating LNG import terminals in December and early next year). France, for its part, rejected a long-term sales agreement between Engie, a major supplier of natural gas to French customers, and NextDecade, a US company developing an LNG export project, in 2020. That agreement would have provided French customers access to LNG at prices more closely linked to US domestic natural gas prices than current high European gas prices.

Ultimately, European countries pay high prices for wholesale natural gas not because of companies’ greed but because the gas market propped on Russian gas supply collapsed and there was no readily available alternative to replace it. LNG from the US can be available at prices much cheaper than current European hub prices, but requires additional facilities that will take 3-4 years to build. The only available current alternative is going into the market to buy when the cupboard is bare. This means buying in the spot market, which thanks to the drop in supply from Russia, means paying high retail prices.

But to see who is benefitting from those prices, President Macron and Mr. Habeck need not look across the ocean; they need only look down the road.