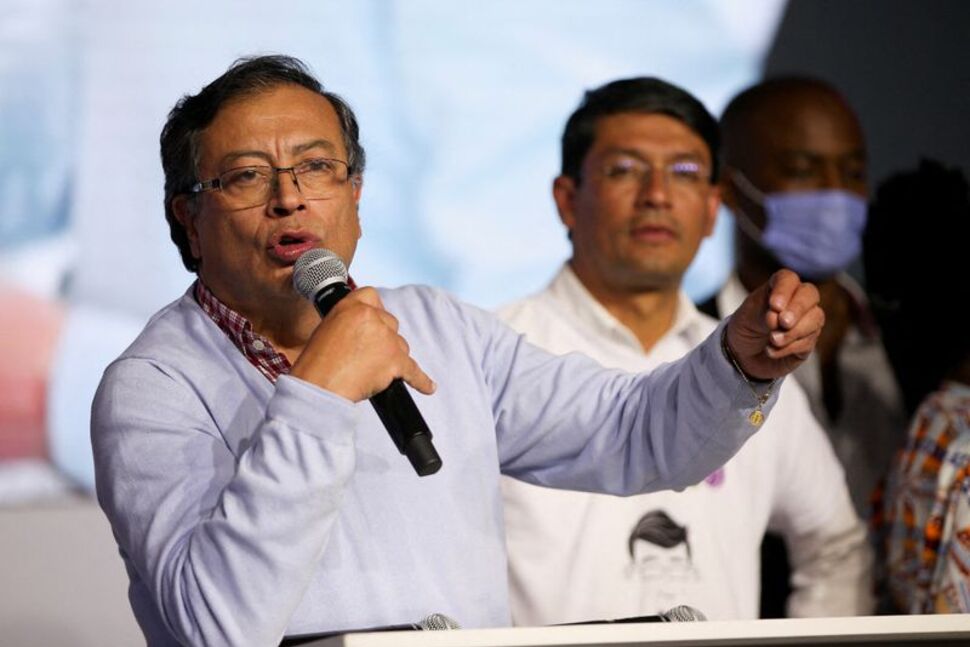 Petro, a senator and former M-19 guerrilla rebel, has tallied up to 37% of intended votes in recent polls, putting him 10 points ahead of the center-right Federico Gutierrez but unlikely to win in a first round.

His chances in a second vote, where a more centrist opponent would likely garner broader support, remain uncertain.

Still, some investors are spooked by Petro’s promised “democratization of the economy,” which includes freezing new oil and gas exploration, comparing his rhetoric to that of socialist Venezuelan leaders who have presided over a collapse of that country’s economy.

Oil accounts for nearly half of exports and close to 10% of national income, but Petro argues new projects should be barred for environmental reasons and to move Colombia away from its dependence on the industry.

Successive presidential administrations have sought to diversify the nation’s commodity exports away from oil and coal, including by encouraging gold and copper projects, but community opposition, slow licensing and environmental rulings have kept change slow.

State-run oil company Ecopetrol has played up its expansion into renewables, but is also set to launch a pilot project using hydraulic fracturing, or fracking, a practice opposed by environmentalists.

Petro’s proposed halt could send investment elsewhere at a time when Colombia is struggling with low credit ratings, a large trade deficit and national debt which has doubled to 72% of GDP over the last decade.

He also plans to redistribute money from private to public pension funds and make payments to 3 million people without pensions.

“How to democratize capital, land? By giving to millions of people, to Colombian society,” Petro told newspaper La Republica.

The plans, which Petro says are aimed at righting profound income inequality, are leading investors to put deals on ice.

“I have seen a lot of fear on the part of local investors and business people,” said Andres Abadia, head Latin American economist for Pantheon Macroeconomics. “Many of them have parked investment projects until elections take place.”

The worries are reflected in charges on five-year credit default swaps for Colombian debt, which stand at 203.9 basis points, their highest level in nearly six years and in line with those for Brazil, which has lower credit ratings.

Petro has also promised to increase taxes and royalties on extractive industries like mining and charge major landholders for unproductive land, raising some $5.2 billion. He also proposes to raise up to $3.9 billion by progressively taxing companies.

In addition, he has said, without providing details, that he wants the central bank to lend to the government to boost subsidies for the poor and has said he would name “people close to society” to its board.

Each Colombian president generally names two of seven central bank board members during their term.

Colombia’s public pension system has a yearly funding gap of some $10.5 billion, according to the finance ministry. Private funds, which Petro suggests dipping into to shore up public coffers, administer about $92 billion.

Those without pensions would get about 500,000 pesos ($133) monthly – half a minimum wage and six times what they currently receive – though Petro has not said how many would be eligible.

The anxiety about his policies is such that some oil and real estate investors are including a contractual clause which conditions deals on a Petro loss, according to a source at Bogota’s Chamber of Commerce, two lawyers and a leading businessman, all of whom asked not to be named.

Reuters could not gain access to any contracts with such a stipulation.

“Those who leave are fools,” Petro told local Caracol Radio when asked about the clauses. “What there is going to be is more (economic) production.”

Though Petro’s most radical proposals would likely meet with little success in a divided congress, he could directly adopt other measures if he were to win.

“Colombia undoubtedly has strong institutions … all of that is something which alleviates a little of investor concern, and the fact there is no re-election,” said Ben Ramsey, JPMorgan‘s director of economic research for Latin America.

“But what’s more worrisome are things that could be viable, like increasing spending and the idea there could be a confidence shock that could reduce private investment and growth,” Ramsey said.

“Capital moves to where there are better guarantees,” he said.

Even if Petro’s plans are stymied, his election alone could put the brakes on investment, said Andres Pardo, head of Latin America macroeconomic strategy at XP Investments.

“If Petro were to become president and could not carry out some of the reforms, what he could generate is a bit of paralysis in the pace of economic activity,” he said. “Both foreign and local investors would simply slow down their decisions significantly.”