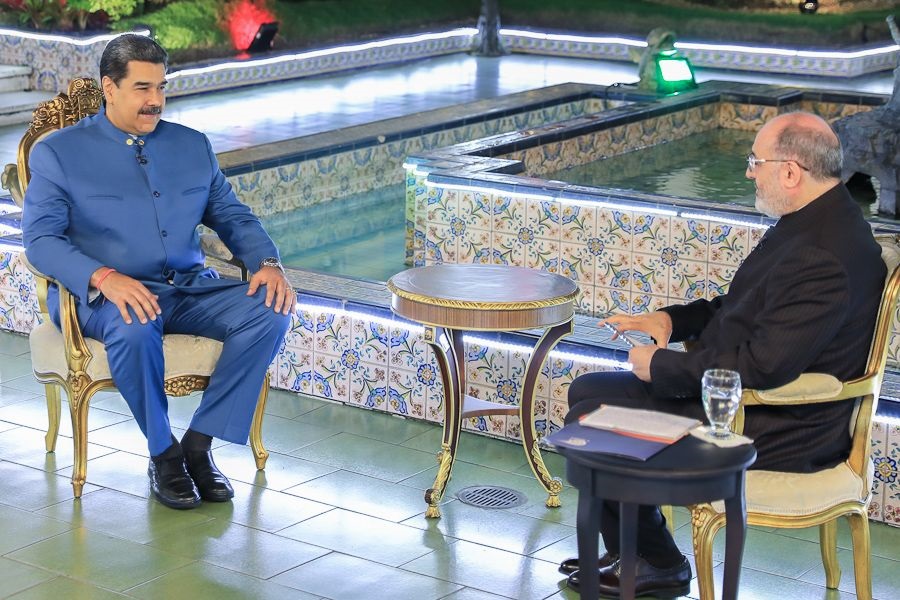 — Mammoet crews continue to assist w/ construction of Guajira I, in the municipality of Uribia, Colombia. “This is the first wind farm to be built in Colombia in 17 years,” the co. said on 24 Dec. 2021 over LinkedIn, adding that “beginning in 2022, it will deliver energy to the Colombian people.”

– “The economy is growing again and this has had an economic impact on the citizens. This has been a good year and 2022 will be much better.”

– “Guaidó is only in his own failure.”

– “Elliott Abrahams sent a message to Cecilia, my wife, telling her to get a divorce from me and that they would allow her to take her family to the country of her choice. They also made me an offer to abandon Venezuela for another country, saying they would protect me.”

– “Some observers have said Venezuela has one of the most secure and advanced electoral system. Elections on 21 Nov. were the 29th in 21 years of the Bolivarian revolution and victory number 27. We are a real force than continues to renovate its leadership and plans.”

– “The military is the spine of the revolution, of the democratic functioning and the republic’s resistance. It is independent of the US imperial.”

– “We have good relations with all the Arab countries from republics to monarchs. We have political dialogue and permanent… and we protect petroleum prices and the petroleum market.”

– “Come and invest in Venezuela. Venezuela is the country of opportunities. We give all the guarantees: constitutional and legal for investments in oil, gas, petrochemicals, tourism, gold, diamonds, iron, steel, aluminum and the production of foodstuffs.”