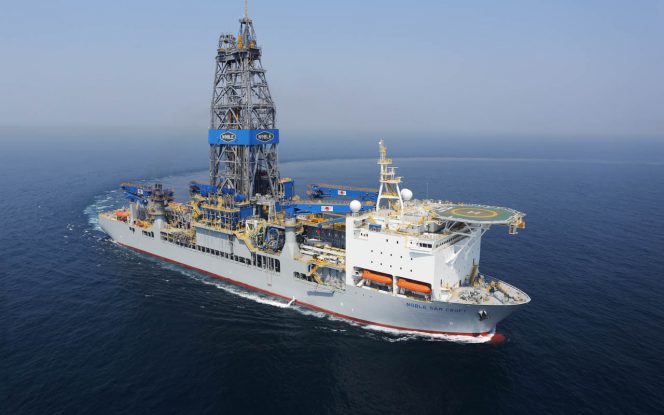 In addition to successful appraisal of the Turbot discovery, the Turbot-2 well encountered 43 feet (13 meters) of net pay in a newly identified, high quality oil bearing sandstone reservoir separate from the 75 feet (23 meters) of high quality, oil bearing sandstone reservoir pay encountered in the original Turbot-1 discovery well. The Turbot-2 discovery is another example of the additional pay found in deeper reservoirs such as those encountered at the previously announced Whiptail discovery. These results will be incorporated into future developments. The Turbot-2 discovery is located approximately 37 miles (60 kilometers) to the southeast of the Liza Phase 1 development and 2.5 miles (4 kilometers) from Turbot-1. Turbot-2 was drilled in 5,790 feet (1,765 meters) of water by the Noble Sam Croft.

CEO John Hess said: “We are happy to announce our 20th significant discovery on the Stabroek Block, which will add to the discovered recoverable resource estimate of more than 9 billion barrels of oil equivalent.”

Separately, the Liza Unity floating production storage and offloading (FPSO) vessel set sail from Singapore to Guyana in early September. The FPSO will be utilized for the Liza Phase 2 development, which is expected to begin production in early 2022, with a production capacity of approximately 220,000 gross barrels of oil per day. The Liza Destiny FPSO is currently producing approximately 120,000 gross barrels of oil per day.