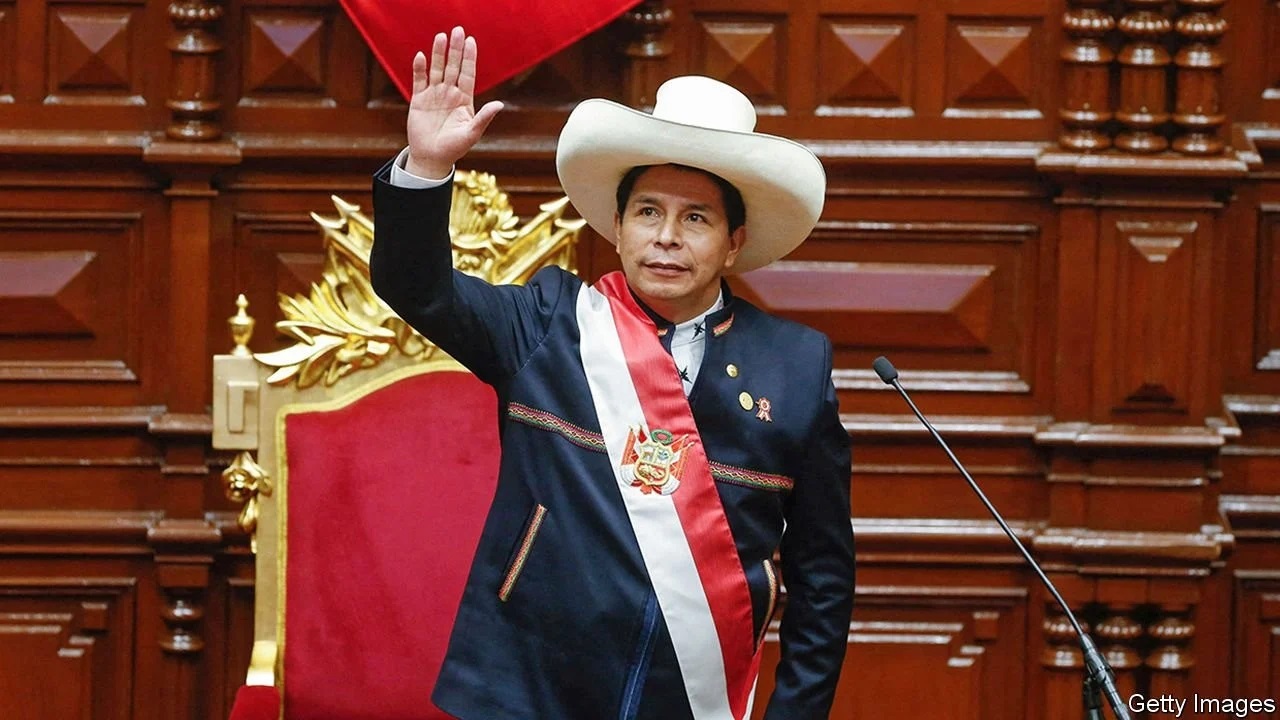 (Reuters, 26.Aug.2021) — Peru’s Congress on Thursday pushed back to Friday a key vote to confirm or reject a new leftist Cabinet nominated by President Pedro Castillo, extending the uncertainty in a country where conflicts between the executive and legislature loom large.

Castillo, who took office just last month, is Peru’s fifth president in five years due to those tensions, which included several impeachment proceedings against previous leaders. The vote of confidence is a key test for his fledging presidency.

Earlier in the day, Prime Minister Guido Bellido asked Congress for a “yes” vote and outlined plans to lift Peru out of “one of the most grave political, social, environmental and health crises of recent decades.”

Bellido began his speech in quechua, the most common indigenous language in Peru, which prompted the head of the legislature to ask him to speak in Spanish because she could not understand him.

Castillo won a deeply divisive election this year, beating his rival by a margin of 0.25 percentage point. But he won overwhelming support in quechua-speaking parts of the country. .

Lawmakers publicly debated throughout the afternoon, although it was not possible in many cases to know which way they would vote. It is still unclear whether the Cabinet will be confirmed or not.

Castillo belongs to the Marxist-Leninist Free Peru party, which is allied to a more moderate leftist group in Congress. But put together they hold only a third of all votes. They need a simple majority for confirmation.

In the not unlikely event that the Cabinet is rejected by the center-right coalition that runs Peru’s Congress, Castillo will have to present a new Cabinet led by a new prime minister. But if Congress rejects this second Cabinet as well, Castillo would have the option to close Congress instead, while keeping his Cabinet in place.

“I wish to ratify the commitment of President Castillo to develop public policies and actions that herald a new stage in the life of the country where peace, democracy and equal opportunities for all prevail,” said Bellido, promising “important changes in economic and state structures.”

As Bellido spoke, dozens of people demonstrated outside both in favor of and against Castillo’s Cabinet, in a sign of the country’s persistent political divide.

Bellido offered several policy announcements in his speech, including that Peru will step up efforts to purchase COVID-19 vaccines and asked for legislative powers for the executive on tax matters.

He said the government intends to tap the excess profits of mining companies at times of high international prices of raw materials. Peru is the world’s second-largest copper producer and mining is the engine of the Andean country’s economy.

Among projects the government would push, he added, was a railway running from the Andes to the Pacific to carry passengers and mining goods, to be funded through a public-private alliance with international partners.

Bellido, who is also Cabinet chief, addressed Congress amid calls for his resignation and those of other members of the government who belong to the Peru Libre party, which brought Castillo to power.

He faces an investigation into an alleged “apology for terrorism” over old Facebook posts in which he appeared to defend a former rebel from the Shining Path Maoist group. Bellido denies the accusation and no charges have been filed.

Government sources had suggested that Castillo would seek to reshuffle his Cabinet in a bid to stave off its rejection by Congress, but in the end no changes were made.