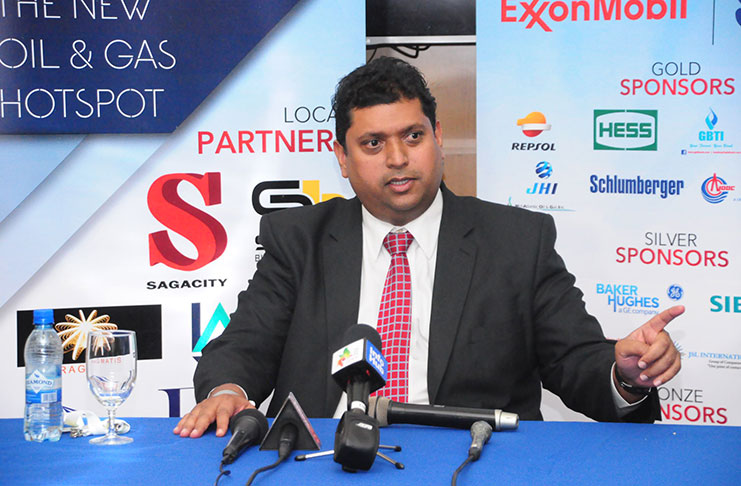 (Newsday, 9.Jan.2020) — The price of crude oil, natural gas, ammonia and methanol are critical to the health of the TT economy. These are the main earners of our much-needed US dollars. In the last year the prices of all four have been soft, and that trend seems set to continue into 2020.

It is no secret that the world is oversupplied with crude oil. As recent as October 2019, the International Energy Agency (IEA) announced that markets would be oversupplied in 2020. In 2020, global supply is expected to average 102 million barrels per day and global consumption is about the same thing. There is, however, a healthy inventory in developed economies while OPEC countries have spare capacity behind pipe. When combined, these two can easily add another five million barrels per day to the supply side. The big story of the last decade was the Shale revolution in the US, which saw that country’s oil production soar from around 5.5 million barrels per day at the end of 2009 to 12.9 million barrels per day at the end of 2019. In that same period, we have witnessed new production from other non-OPEC countries such as Brazil (deepwater), Canada and more recently, Guyana (deepwater).

Taking all this into consideration, the US’ Energy Intelligence Agency (EIA) forecast the West Texas Intermediate and Brent reference prices to average US$55.01 and US$60.51 respectively in 2020. These forecast prices are contained in their latest Short-Term Energy Outlook (STEO), published on December 10, last year. The next STEO is due January 14. That STEO should factor in the events of January 3, when a US drone attack killed Iranian general Qasem Soleimani.

General Soleimani’s killing has obviously increased geopolitical tensions between the US and Iran. Consequently, oil prices increased by around five per cent. The Brent crude oil price even tipped above US$70 per barrel before retreating to US$68.91 on the evening of January 6. A pattern of increasing oil prices could continue if the tension between the US and Iran continues to escalate.

However, the market fundamentals speak to a well-supplied crude market and a mild winter in the Northern Hemisphere, meaning the usual increase in demand for energy during winter months has not been as significant as when there are harsh winters. The other factor is the strength of the US dollar. For most of the last 12 months the US dollar has appreciated against other major currencies. A stronger US dollar usually correlates to weaker oil prices.

It should be noted too that the US imports no oil from Iran and has not done so since 1991. However, the Iranians can threaten the Strait of Hormuz, a key transit point connecting the Persian Gulf to the Gulf of Oman and through which 20 per cent of the world’s oil passes. The Straits of Hormuz is considered the number one choke point in the world’s crude oil supply chain. There is also the question of the security of oil producing infrastructure in Iraq and Saudi Arabia. In September 2019, there was a drone attack on the Saudi Arabian oil processing facilities at Abqaiq and Khurais. That attack took 58 per cent of Saudi Arabia’s oil production offline. This production quickly came back online and the impact on prices was temporary. Iran has vowed retaliation for the assassination of Soleimani. This would not take the form of conventional warfare given the superiority of the American military and the current economic condition of Iran. Any retaliation would be one-off attacks on American targets or targets belonging to their allies.

In summary, we should not expect the US/Iran tension to have any major impact on crude oil prices. Higher oil prices will have little impact on TT’s revenues given that our oil production is at a low last seen in the 1950s. This country needs to get production back up fast but the current fiscal regime is a disincentive to investment in a low price environment. Overall, the world is oversupplied with oil and that negates any geopolitical tension in the Middle East. If there is an increase in the price of oil it won’t be by much compared to pre-January 3 oil prices

One story that isn’t being told is the fall in natural gas prices globally. This is due to the global supply glut of LNG. In the last 12 months, the price of natural gas in every major market in the world has come down significantly. In Europe and Asia, it is by as much as 40 per cent to 50 per cent. This affects the price that is realised for the sale of our LNG cargoes, as well as the ultimate net back price. Ammonia prices have also been in the doldrums, with prices averaging just over US$200 per metric tonne in 2019. This is about half of what ammonia was fetching in 2015. The decline in ammonia prices and the significant increase in the price Point Lisas’ ammonia plants must pay for natural gas from the NGC have combined to make ammonia manufacturing in TT a precarious and tenuous business. One of the casualties of this situation is the Yara plant. Other ammonia plants at Point Lisas are limping along.

In 2020, the price of all the commodities that we export will remain low. This will mean another year of low revenue compared to our peak revenue in fiscal 2014 of TT$58.4 billion. This low-price environment needs to be factored in all fiscal planning going forward and expectations need to be tempered especially in an election year.

(The author, Kevin Ramarine, is an international energy consultant and a former TT minister of energy.)