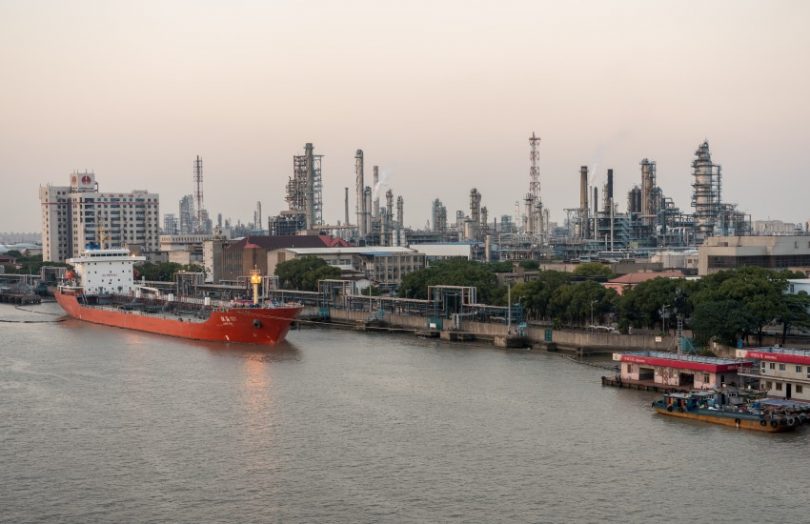 (S&P Global Platts, 8.Jan.2020) — Some Asian importers of Iraqi crude oil may scout for more heavy sour crude from Central and South America in the first quarter, as ongoing missile strikes in Iraq has put regular flow of Basrah crude to the Far East at some risk.

Asian refiners and upstream companies with equity holdings in Basrah Light and Basrah Heavy, as well as regular term buyers of the heavy sour grades, maintained a calm approach on Wednesday after Iran launched missiles striking two US military bases in Iraq.

“Currently only a small 80,000 b/d oil field [in Iraq] is impacted … [production] from other [Chinese] equity fields should be fine,” a source at state-run Unipec said.

PetroChina also informed Platts that the company’s Basrah crude cargo loading schedules have not been disturbed. Taiwan’s Formosa said there would be no impact on Basrah loading this month.

“There’s no immediate impact on supplies from the Middle East. But we are monitoring situations very closely over crude price hikes,” said an official at South Korea’s top refiner SK Innovation.

Still, several Asian importers are poised to venture into Latin America, as they prepare a contingency plan to ensure adequate supply of medium and heavy crude feedstocks.

“Any massive disruption of oil supply as a result of full-scale conflicts in the Middle East will pose a much greater challenge to Asia, although chances of such a major oil supply interruption remains below 50/50,” Kang Wu, head of S&P Global Platts Asia Analytics, said.

Iran’s latest missile attacks on US military bases in Iraq raises the possibility of Baghdad becoming a proxy battleground between the US and Iran for months to come, refinery officials and trading managers across North and Southeast Asia said.

“We cannot completely discount the chance of Basrah crude supply disruptions,” a source at state-run Indonesian oil and gas company Pertamina said. It holds equity in Basrah crude production with its 10% stake in the West Qurna-1 block.

Pertamina may consider pulling out workers from the oil and gas block, the source said.

SK Innovation also said the refiner is not too worried about the Iraqi crude supply situation, but the company would step up efforts to secure alternative medium and heavy crude supplies over the upcoming trading cycles.

Castilla Blend, for one, could serve as an ideal substitute grade for Basrah Heavy, a crude trading manager at state-run, Beijing-based Chinaoil said.

China imported 11.44 million mt of crude oil from Colombia over January-November 2019, up by about 21% from a year earlier, and is likely to continue to embrace more medium and heavy Brazilian crude grades to counter any Middle Eastern supply risk, market sources said.

In South Korea, industry sources picked Mexico’s heavy sour Maya crude as one of the top refinery feedstock choices to fill any possible Basrah crude supply gap in the near to medium term future.

Maya is a heavy sour crude which typically has a 22 API gravity and 3.3% sulfur content. It is widely considered a difficult feedstock to process, but highly sophisticated South Korean refineries are capable of cracking the Mexican grade efficiently into low sulfur fuel, sources at SK Innovation and Hyundai Oilbank told Platts.

Mexico was ranked the 8th biggest crude supplier to South Korea in 2019.