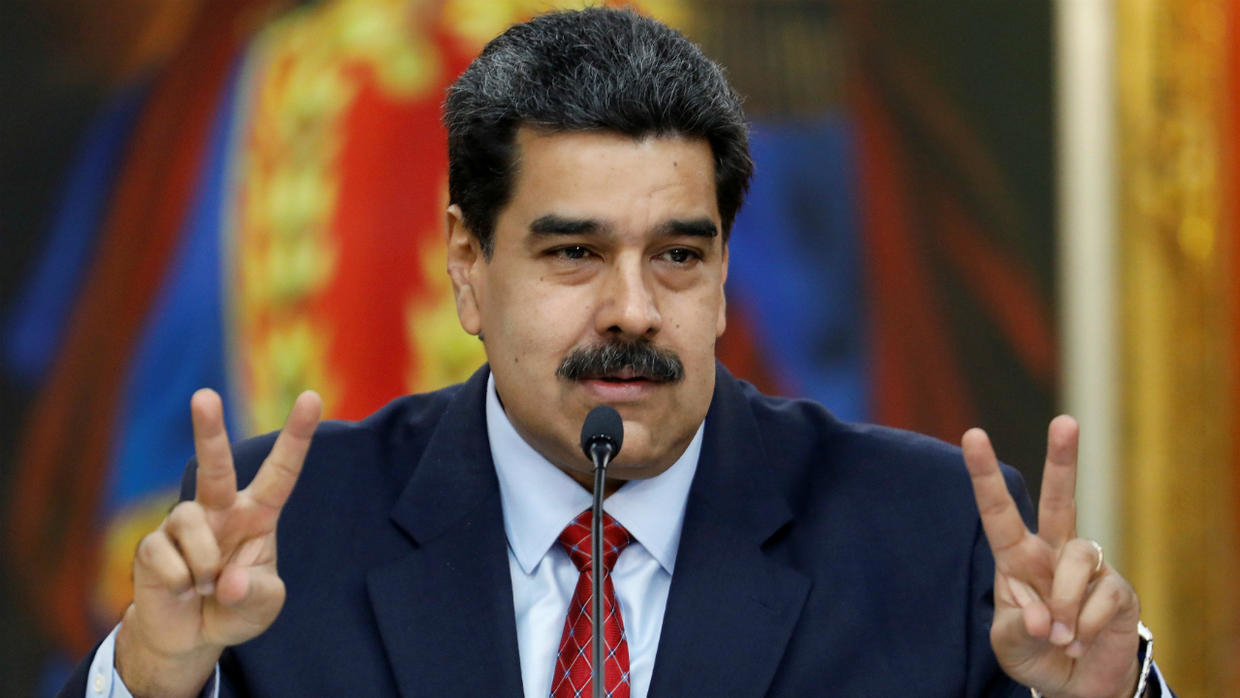 (NYT, 20.Dec.2019) — At stake is control of the country’s National Assembly, which is controlled by the opposition leader Juan Guaidó, who has accused President Nicolás Maduro of corruption.

The United States accused President Nicolás Maduro of Venezuela on Friday of trying to rig a coming election for control of his country’s parliament, either by detaining opposition leaders or bribing lawmakers with up to $500,000 for each vote.

Thirty lawmakers in Venezuela’s National Assembly have had their legal immunity stripped by Mr. Maduro’s government over the past year, according to a United Nations report this week, making them vulnerable to arrest. About a dozen more have been jailed without trial or prevented from taking office by Mr. Maduro’s officials.

Elliott Abrams, the State Department’s special envoy for Venezuela, said other lawmakers have reported being offered hundreds of thousands of dollars to vote against Juan Guaidó, the leader of the National Assembly who faces internal re-election on Jan 5.

“What’s going on here is simple,” Mr. Abrams told reporters in Washington. “The regime is using a combination of threats, arrests and bribes — up to $500,000 per vote, we have been told — to stop the re-election of Juan Guaidó.”

He said new, fair general elections “are the way for Venezuela to emerge from its deep crisis. The Maduro regime appears intent on stopping them and closing off that peaceful path, back to democracy and prosperity.”

Hours after Mr. Abrams’s comments, armed Venezuelan police detained the opposition lawmaker Gilber Caro in his house, despite his parliamentary immunity. It is the third time Mr. Caro has been detained by Mr. Maduro’s forces; he had spent 15 months in jail without trial.

The United States and more than 50 other countries recognized Mr. Guaidó as Venezuela’s leader after Mr. Maduro was widely accused of manipulating presidential elections in 2018.

But Mr. Maduro has refused to cede power, even though the Trump administration has issued at least 78 sanctions against his government for bringing Venezuela to the brink of economic collapse and humanitarian disaster.

Since taking office about six years ago, Mr. Maduro has presided over the biggest economic crisis in the nation’s history, losing more than two-thirds of the gross domestic product and about 15 percent of the nation’s population. He remained in power by keeping control of the country’s oil and gold mining industries and relying on support of his main benefactors, Cuba and Russia.

The Jan. 5 vote is crucial to determining whether Mr. Guaidó will continue to claim Venezuela’s presidency and keep up the international pressure on Mr. Maduro.

Mr. Guaidó declared himself the interim president until the new general elections can be held, a right he and the opposition-led National Assembly assert is protected under Venezuela’s Constitution.

But if the coalition of parties that oppose Mr. Maduro loses control in the 167-seat National Assembly, Mr. Guaidó will be forced to step down as the nation’s interim leader. The loss would effectively unravel the international alliance against Mr. Maduro, which remains the opposition’s biggest weapon after a string of domestic setbacks this year.

Mr. Abrams said at least 32 National Assembly members have been either detained, forced into exile or otherwise had their immunity stripped. He also said lawmakers told him directly that Mr. Maduro’s loyalists had offered them the bribes.

Venezuela’s opposition leaders say the government has been working for months to fracture Mr. Guaidó’s coalition using bribes, blackmail and persecution. Mr. Maduro stopped recognizing the National Assembly after losing control of it in 2014, leaving the lawmakers without their official salaries and forcing them to look for contributions and donations for a living.

This reliance on informal income sources has sometimes crossed into graft.

Venezuela’s three major opposition parties this month suspended six lawmakers on suspicion of corruption after the investigative website Armando Info claimed they had received financial benefits for helping companies linked to Mr. Maduro avoid sanctions. Those lawmakers denied the allegations but have since begun following the actions of Mr. Maduro’s minority faction in Congress.

This week, the National Assembly approved a measure to allow exiled lawmakers to vote on legislation, including on the coming internal election. But the move was immediately annulled by the Supreme Court controlled by Mr. Maduro, throwing its validity in question.

Mr. Abrams expressed confidence that Mr. Guaidó would be re-elected if a full and fair vote is allowed. The leaders of Venezuela’s main opposition parties, most of whom are in exile or facing court judgments, say they still have enough votes to ensure Mr. Guaidó’s re-election despite the defections.

Opposition parties have two-thirds of the seats in the National Assembly, although their majority has been diluted by years of Mr. Maduro’s attrition campaign.

Support for Mr. Guaidó’s opposition government has ebbed and flowed since he declared himself Venezuela’s interim president nearly one year ago.

His government has not received the level of military support it expected to peel away from Mr. Maduro’s ranks. As the humanitarian crisis has continued over the year, Venezuelans have been forced to focus on obtaining food, water, medical supplies and other provisions instead of politics. Millions of refugees have fled Venezuela, including an estimated two million to neighboring Colombia.

Still, Mr. Guaidó appears to have continued support in the West and most of Latin America.

By Lara Jakes and Anatoly Kurmanaev