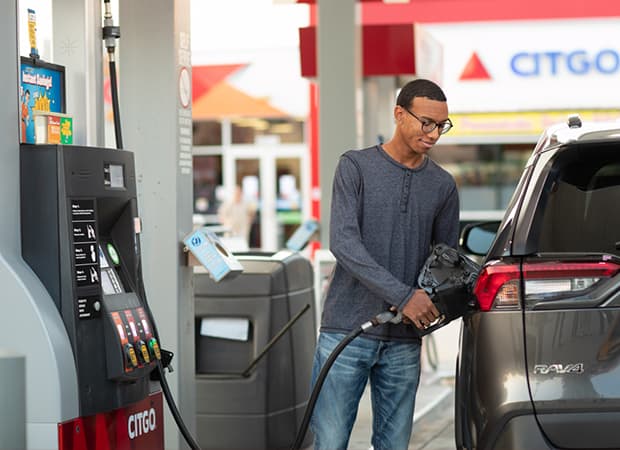 (Investor’s Business Day, 29.Dec.2022) — U.S. diesel prices hit all time highs in 2022 as demand surged and supplies of the critical heating and transportation fuel tightened. However, analysts expect diesel prices to come down in 2023, even as supplies will remain tight.

Prices for diesel climbed through 2021 as world economies opened up and demand soared after the Covid pandemic. Like gasoline prices, when Russia invaded Ukraine in February 2022, the cost of diesel went into overdrive.

A critical fuel for trucking, railroads and agriculture, higher diesel prices fed through to everything from grocery bills to consumer electronics, making it a critical driver of price inflation throughout the economy. It is also key to the performance of trucking and railroad stocks, as well as refineries.

Those factors, in turn, have made U.S. diesel supplies a topic of discussion and concern for months. Federal data in October, with diesel demand surging, showed the country’s stockpiles were at the lowest level since 1982. News reports claimed the U.S. diesel supply was enough for just 25 days.

However, in the past two months the situation changed. Incoming diesel supplies remain tight. But between early October and mid-November, U.S. distillate fuel oil inventories — which include diesel and related products like jet fuel — increased by 3 million barrels, according to the U.S. Energy Information Administration (EIA).

Average U.S. diesel price at the pump on Wednesday was $4.67 per gallon. That’s still up 31% compared to a year ago, according to AAA. However, the current average price has fallen 19% since it hit highs of $5.82 per gallon on June 19.

The EIA announced in early December it expects retail diesel prices to fall further from the highs of 2022. But prices will most likely remain elevated throughout 2023 as inventories remain at multiyear lows.

Where Does Diesel Come From?

The EIA forecasts average 2023 retail diesel prices of $4.48 per gallon. This would represent an 11% drop compared to the earlier expected 2022 average of $5.05 per gallon.

“The EU’s ban on seaborne refined product imports from Russia beginning in February 2023 will keep supplies particularly tight in the Atlantic Basin,” the EIA wrote.

Refineries are built to process either light crude or heavy crude, but not both. Domestic oil production in the U.S. is predominantly light crude. Refineries along the Gulf Coast and in the Midwest set up to process heavy crudes are the main source of diesel fuel. They use the less expensive, heavier grades of crude oil in order to produce diesel at higher margins.

Essentially all heavy crude refined in the U.S. is imported, with Canada and Mexico being the largest suppliers.

Diesel prices have seen some dramatic swings since the turn of the century. Trading below $1.30 a gallon in December 1999, prices ramped to a peak above $4.70 in mid-2008. Diesel then pulled back, dropping to a low just above $2 in February 2016. There were multiple and complex supply and demand factors driving all of these moves.

Generally, diesel prices ranged from around $3.40 a gallon to a low near $2.40 throughout the early years of the Trump administration. Then they began to climb — forced higher by rising pandemic-era shipping demand. The EIA reported diesel ended January 2022 at $3.84 a gallon, then spiked more than 50% to its record high by the end of June.

U.S. crude oil prices are just below $80 per barrel, up about 11% over the prior three weeks. The increase comes as China eases its strict Covid restrictions and as winter storms across the U.S. disrupted some oil flows. More than a third of Texas Gulf refining capacity shut down over the past few days due to winter storms and cold temperatures, Bloomberg reported.

Russia has also signaled it could cut production by 5% to 7% in early 2023 in response to price caps imposed by the European Union and the G-7 nations.

Diesel Prices, Russia And The EU

With the EU imposing embargoes and price caps on Russian crude, Russian diesel is likely to be in low supply for Europe throughout 2023. This has led the International Energy Agency to project rising competition for non-Russian diesel.

The EU placed sanctions on seaborne Russian crude in early December. The EU will extend sanctions to include Russian refined petroleum products in February.

“The competition for non-Russian diesel barrels will be fierce, with EU countries having to bid cargoes from the U.S., Middle East and India away from their traditional buyers,” the IEA wrote in November.

Increased refinery capacity scheduled to come online in China, India and the Middle East is likely to help ease diesel tensions eventually. However, until then, if prices go too high, “further demand destruction may be inevitable for the market imbalances to clear,” the international agency added.

Morgan Stanley (MS) analysts wrote on Dec. 14 that elevated diesel prices in 2022 were the result of tight inventories as well as high natural gas prices. A number of EU industries that have traditionally used natural gas to generate power have turned to diesel, at least temporarily, amid the region’s natural gas shortage, forcing demand higher.

“Looking ahead, capacity expansions in the U.S. and abroad (as well as a potential easing of export quotas in China) could add more supply to the market,” the analysts wrote.

In late November the White House eased oil sanctions on Venezuela. In 2019, the Trump White House officially ordered Chevron — the last U.S. oil major doing business in Venezuela — to “wind down” operations there before the end of that year. The U.S. was working to force President Nicolas Maduro to give up power following an illegitimate election.

This year, the Biden administration, following a human rights agreement signed between President Nicolaus Maduro’s administration and opposition negotiators, said it would allow Chevron to resume oil production in the Latin American nation. Under the license agreement, Chevron (CVX) can produce oil for six months and can export it — only to the U.S.

Reuters reported Chevron was preparing to make its first shipment of Venezuelan crude to the U.S. before the end of the year.

Venezuela has long been an important heavy crude source for U.S. Gulf Coast refiners, with imports peaking above 61 million barrels per month in 1997, according to the EIA. Valero Energy (VLO), PBF Energy (PBF) and Citgo Petroleum have shown interest in getting access to the oil Chevron is expected to ship to the U.S., Reuters reported. Venezuela-state owned company Petroleos de Venezuela (PDVSA) owns Citgo Petroleum.

Hainlin said if the U.S. lifts additional sanctions, diesel supply pressures could ease. However, he added that the “foreign policy path between the U.S. and Venezuela remains uncertain.”

The EIA reported it expects a slight increase in crude oil production in Venezuela in the second half of 2023.

“Our oil production forecast has a lot of uncertainty for Venezuela, but we expect that production there will increase somewhat next year,” EIA administrator Joseph DeCarolis said in a recent statement.

Throughout 2022 there was also the possibility the U.S. could strike a deal with Iran, which could bring an additional roughly 1 million barrels of Iran’s predominantly heavy crude onto the world market. Easing restrictions have permitted Iran’s exports to rise to between 800,000 and 1.2 million barrels per day in the second half of 2022, according to sources cited by the Washington Institute for Near East Policy.

While the U.S. imports no crude or petroleum products from Iran, the country’s exports add to global supply, easing the upward price pressure on heavy crude markets.

However, a U.S./Iran deal looks unlikely to occur anytime soon. U.S. officials are signaling they will not try to revive the Iran nuclear deal as human rights protests continue in Tehran, and due to Iran’s support for Russia’s war in Ukraine.

When TC Energy shut down the Keystone Pipeline following the Kansas spill in early December, it pinched the largest foreign source of heavy crude into the U.S., even as retail prices for the fuel began to drop.

The Keystone Pipeline, which brings Canadian oil to the U.S., has a capacity of 591,000 barrel per day that flow to refineries along the Gulf Coast and locations in the Midwest. TC Energy estimates the spill was roughly 14,000 barrels — about 770,000 gallons.

Canada and Mexico are the top exporters of crude to the U.S. The U.S. imports 5.5 times more heavy crude from Canada than from Mexico, according to Hainlin. In 2021, Canada accounted for more than 50% of the oil imported to the U.S.

Prior to U.S. sanctions levied on Venezuela, imports from the South American nation were on par with Mexico, Hainlin added.

However, even with the Keystone Pipeline shut down, refiners are running at near full capacity. This suggests to Hainlin that markets should expect “little relief from the supply side.”

And that points to possibly the largest challenge to the diesel and gasoline supply chain: refinery closures.

Loss of demand during the coronavirus pandemic, combined with a dwindling outlook for fossil fuel markets in years ahead, triggered a nearly 6% reduction in U.S. refining capacity. That includes the loss of nearly 1 million barrels per day of processing ability.

A large number of diesel refineries closed, aiming to restart as biodiesel facilities. Biodiesel plants have no bearing on the standard diesel market. Nevertheless, as of Jan. 1, 2022, U.S. crude oil refining capacity averaged 17.9 million barrels per day, the lowest since 2014, according to the EIA.

But even at reduced processing capacity, forecasts for soft demand in the months ahead continue to drive diesel price forecasts.