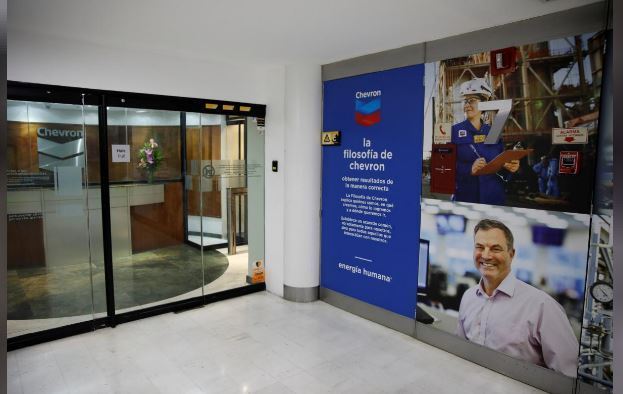 (Reuters, 1.Sep.2022) — Chevron Corp has asked the U.S. government to expand its license to operate in Venezuela after the oil major agreed with state-run PDVSA to revamp joint ventures in the sanctioned country, six people close to the matter said.

Chevron’s authorization request is the California-based company’s latest attempt to have a greater say in its Venezuelan ventures, revive production and resume trading Venezuelan oil. U.S. sanctions in recent years have sharply cut the country’s production and restricted operations, especially those with foreign partners.

Last spring, Chevron won approval to negotiate with Venezuelan officials, but Washington insisted that it would not ease sanctions without progress on a dialogue between President Nicolas Maduro and the political opposition led by Juan Guaido.

In late August, the U.S. Treasury Department‘s Office of Foreign Assets Control (OFAC) asked Chevron for clarification and details of the deal with PDVSA, two of the people said.

Chevron’s chances of getting approval for expanded business in Venezuela could be slim without concrete results from talks between Maduro and the country’s opposition.

At stake are millions of barrels of Venezuelan oil that could help replace Russian supplies that some European nations and the United States have barred following the invasion of Ukraine. An expanded license also could allow Chevron to recoup at least a portion of billions of dollars in unpaid debts from its four joint ventures.

Chevron declined to comment, adding the company complies with the sanctions framework.

“We remain committed to the safety and wellbeing of our employees and their families, the integrity of our joint venture assets and the company’s social and humanitarian program,” said spokesman Ray Fohr.

The U.S. Treasury declined to comment. PDVSA and Venezuela’s oil ministry did not reply to a request for comment.

The Chevron-PDVSA pact covers a deep revamping of activities at their four projects. It includes a crude-for-diluents swap to facilitate heavy oil processing for export at the large Petropiar venture in the Orinoco Belt, and proposes to resume Petroboscan venture’s oil production, recently halted due to operational bottlenecks, two of the people said.

“Chevron wants to have more influence on the ventures’ procurement, staff hiring and oil trading,” another person said. “From PDVSA’s point of view, the projects will continue being its business units, so it will appoint their managers,” that person added.

PDVSA has agreed to rely on Chevron key operational decisions, even though legal modifications to the partnership’s stakeholding are not planned in the short term, the people said.

Venezuela’s oil minister Tareck El Aissami this week said “the ball is on the U.S. government’s court” when asked about negotiations with Chevron. “We have discussed and agreed with (Chevron) everything related to the immediate restitution of operations.”

If President Joe Biden’s administration approves Chevron’s proposed terms, it could free up oil inventories that Venezuela has been unable to export, and solve its lack of diluents to convert heavy oil into exportable grades.

Chevron would also have more say in running its ventures – which must be jointly operated with PDVSA according to Venezuelan laws. The U.S. company would also become the preferred offtaker for the projects’ exports, directing barrels to the United States and elsewhere.

Washington views Maduro’s 2018 reelection as a sham and Maduro has called Venezuela’s opposition puppets of the United States while retaining power despite sanctions.

At least one U.S. lawmaker recently asked Chevron for a copy of its PDVSA deal, two of the people said. The U.S. Congress this year opposed any business expansion that could be seen as an easing of sanctions intended to oust Maduro.

State Department officials have maintained contact with Maduro’s envoys over an agreement with the country’s opposition originally called mainly to negotiate free presidential elections. There has been little progress.