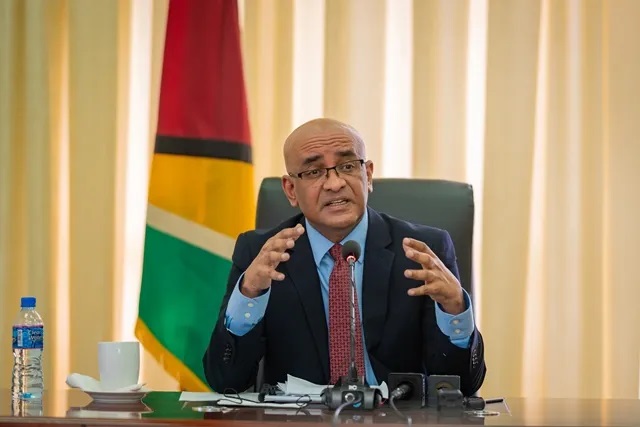 (DPI, 17.Nov.2021) — Vice President, Dr. Bharrat Jagdeo said the government will complete the audits of costs claimed by ExxonMobil for its operations, and assured that Guyana’s interests will be protected.

His comment was made in response to concerns that the accounting provisions in ExxonMobil’s Stabroek block contract stipulate a two-year deadline, and would prevent the government from recovering inflated or unreasonable costs.

The Vice President also dismissed criticisms from the political opposition on this matter as self-serving, given that government has been transparent about why it has not yet contracted an auditor.

“We have made it clear what our intention is, to have local people involved,” the VP told DPI on Wednesday.

The government is seeking to assemble a group of Guyanese in the sector who demonstrate strong auditing capabilities in this area, and would be able to collaborate with a reputable international firm for the audit of ExxonMobil’s post-2017 costs.

Government has noted that it is important for a local firm to participate in this audit, in its public calls for expressions of interest.

The government recognises that strong local content achievement is important to the Guyanese people, and its efforts to gather capable local auditors would give effect to that in a practical way. It will also allow them access to considerable revenues from audit fees.

When the PPP/C Government assumed office in 2020, it took over the shepherding of an audit of ExxonMobil’s pre-contract and other pre-2017 costs. The audit was being conducted by the UK firm, IHS Markit, which was hired by the previous administration four years after oil was first discovered offshore.

In addition to setting the stage for local audit firms to benefit from involvement in cost recovery audits, the government will also build the capacity of the Guyana Revenue Authority (GRA) to conduct its own cost audits for the oil sector.

Dr. Jagdeo intends to address the issue more comprehensively in a future engagement.