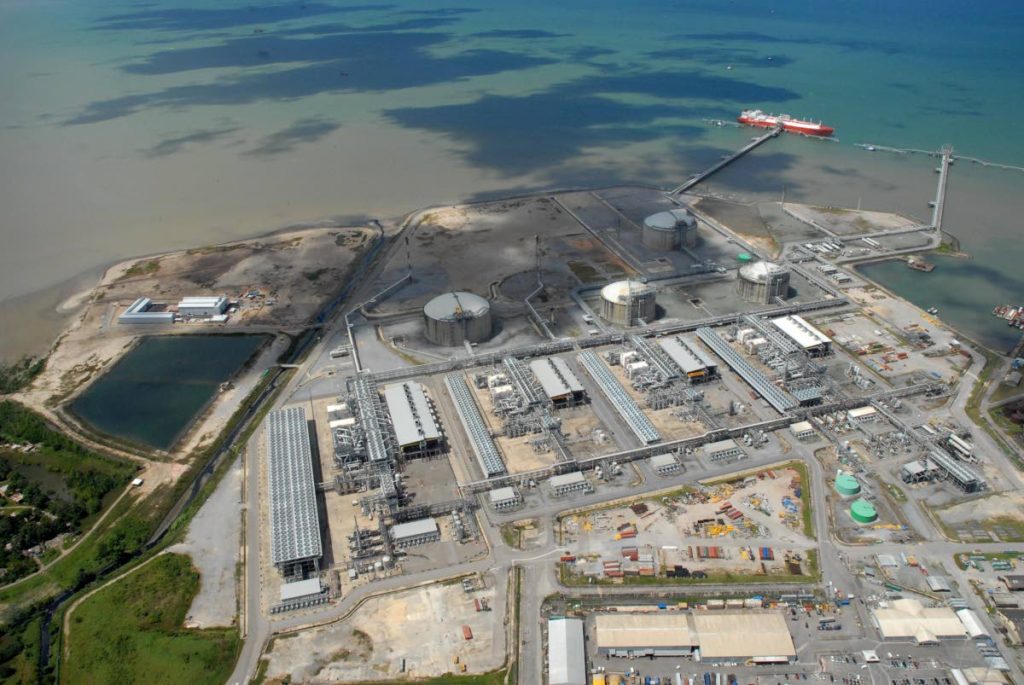 (Loop News, 22.Sep.2021) — What is all the talk of the scandal surrounding the National Gas Company of T&T (NGC) really about?

It can sometimes be hard to understand as many of us can get confused when we hear politicians talk about upstream (oil and gas exploration companies) and the downstream or petrochemical companies (firms that use the oil and gas to create other chemical products).

NGC is the intermediary or midstream company that negotiates the purchases from the upstream firms and sales to the downstream.

An example of an upstream company is bpTT and one of the downstream companies is Atlantic LNG, which operates four plants – Train 1, 2, 3, and 4. Each Train has different owners.

All three of the above-mentioned companies are involved in the currently ongoing NGC debacle. Here is how the story goes from beginning to end in 10 points:

It all started in 2019 with bpTT announcing a dry hole in one of its infill drilling programmes. This meant that the major energy company would have challenges supplying gas to Atlantic LNG’s Train 1 in 2020 and 2021. This was and still is a big issue since T&T earns the majority of its foreign exchange via its gas output.

Due to bpTT’s inability to supply gas to Atlantic LNG’s Train 1, there were talks surrounding the saving or shutting down of its operations. However, the implications of such a shutdown could be disastrous to the economy of T&T.

2. NGC tries to save the day

This is why the NGC in 2020 opted to spend over $100M to do a Turnaround (TAR); and agreed to find gas to run the plant – because bpTT and Royal Dutch Shell (majority owners of the plant) were not willing to spend money on the plant when they do not have gas to supply.

3. Trouble on the Horizon

Subsequent to this commitment by NGC to support Train 1, the Sunday Business Guardian, exclusively reported that NGC knew that the deal was in trouble from as early as February 2021.

Reports also came out indicating that the board of the NGC through its Chairman, Conrad Enill, requested indemnification for the NGC and the board from any claims or losses resulting from the Train 1 rescue package, which amounted to approximately $440 million – $168M for a TAR and $272 million for maintenance fees.

4. Attacks made on NGC leadership

The NGC fired back at the comments made by the Opposition, as they called on Loquan to be dismissed as CEO for leading the company to this unsuccessful point. Chairman Enill declared that Loquan has the full support of the board and that it did not accept unjustified attacks against the NGC President. At a later stage on the timeline of events, Prime Minister Dr Keith Rowley expressed his confidence in Mark Loquan. It was not only the Opposition that called on the board to be judged for their actions, Movement of Social Justice leader David Abdullah also posited that someone must be held accountable for the crisis.

5. An expert throw in his “two cents”

It was not long after that energy consultant Gregory McGuire added to the debate. McGuire contended that the NGC’s decision to save Train 1 from being shut down was in the best interest of the country. He added that the interest of multinational companies like bpTT and Royal Dutch Shell does not align with the national interest and that although these companies say that they have no gas for Train 1, they supply gas to Train 2 and 3.

As the issue of indemnification was analyzed and some prominent attorneys mentioned that it would not hold up in court. The attorneys maintained that indemnification must be done in good faith. However, the question arose: If the decision was taken based on the collective wisdom on the board, why would they need indemnification unless they were forced to make such a decision?

7. Questions that the public need answers for

Joining the chorus on questioning the matter of indemnity, Former Minister in the Ministry of Finance Mariano Browne asked the following questions in a column: “Is the State giving an amnesty or an indemnity? What was the reason to proceed with the expenditure if it became doubtful so quickly? Is this a complex strategy or a gamble? How do citizens ensure that business decisions in the state enterprises are data-driven and avoid the wastage of public funds? And how do we hold elected officials accountable?”

8. An attempt at clarity reveals an unfortunate turn of events

Enill tried to give context to the current events on radio station interviews. He disclosed that the NGC was expecting to use the gas it had contracted to the petrochemical sector to restart Train 1. The downstream companies were not able to take the gas from the NGC because COVID-19 induced shutdowns in the industry and because many of them were inoperable, they didn’t need the gas. However, the turnaround process that the NGC had invested in was finished but they could not operate the plant because of a safety issue. In the time waiting to get the issue resolved, Enill indicated that certain things changed in the market and the companies demanded the gas and the hundreds of millions allocated to restarting Train 1 became unnecessary.

And if this were not enough, another report of scandal emerged surrounding questionable spending and project planning at the NGC. According to the Business Guardian report, after the company spent $197.5 million on a compressor facility NGC stopped the project when it realized that the facility was no longer needed. Furthermore, the report indicated that the NGC had the opportunity to be reimbursed by bpTT for up to US$50 million if the project was completed by a certain date. The NGC missed the deadline.

10. Enill says: It’s just the nature of the industry – not recklessness

Finally, the NGC clears the air on the matter with full-page ads placed in the newspapers indicating that the company approached its decision-making with rigorous analysis and according to the organization’s policies. In light of the reports surrounding the NGC’s failed projects the company Chairman Conrad Enill said: “To suggest that decisions that did not bear out intended results were reckless decisions is to deliberately ignore the uncertainty that comes with making any investment that extends into the future, particularly in our commodity-linked business governed by rapidly changing external markets.”