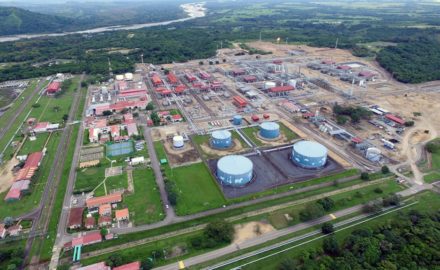 (Argus, 2.Sep.2021) — Colombia is working to restore natural gas supply after an outage at state-controlled Ecopetrol‘s Cusiana field, the country’s second supply hiccup in a week.

Ecopetrol said the outage was caused by a faulty valve but provided no further details. Cusiana normally produces 270mn cf/d of gas and accounts for around 27pc of the country’s supply.

Repairs are underway, and Colombia’s mines and energy minister Diego Mesa said he hopes service will be restored later today.

The cut-off has left industries and some vehicles that run on compressed natural gas in Colombia’s interior without gas. Caribbean departments are unscathed as they rely on the 127mn cf/d Chuchupa-Ballenas gas deposit, controlled by Ecopetrol subsidiary Hocol.

Gas distributor Vanti said yesterday it suspended supply to vehicles and industries due to an “emergency halt” at Cusiana. Vanti supplies gas to Bogota and its surroundings, and the departments of Cundinamarca and Boyaca. Around 800 industries, including Colombia’s largest steel company Paz del Rio, that rely on Vanti have had their gas cut, the distributor said. Around 600,000 gas-run vehicles are also affected.

Colombian energy company EPM said supply to 44 industries in Antioquia department was suspended yesterday, but supply to the 17 natural gas service stations has been maintained.

On 29 August, a landslide ruptured TGI‘s gas pipeline, suspending supply for central Colombia. Gas supply has been gradually restored as pressure on the pipeline rises, Vanti said. This outage did not affect EPM’s customers in Antioquia.

The pipeline rupture coincided with maintenance at Ecopetrol’s 210mn cf/d Cupiagua field, which accounts for 19pc of Colombian supply. The field maintenance started on 27 August and will end on 2 September. Canadian independent gas producer Canacol said the back-to-back outages underscore the urgency of interconnecting Caribbean coast gas pipelines with the interior to have flexibility and capacity to respond to unforeseen events.