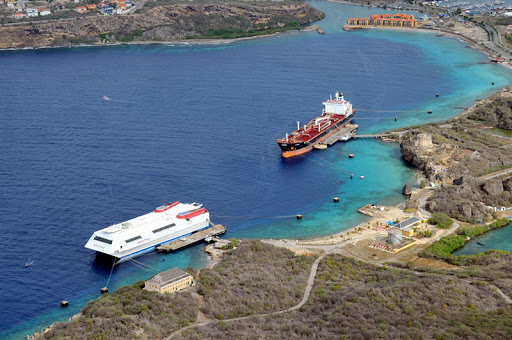 (Argus, 18.Aug.2020) — A fuel oil cargo stuck off of the Dutch Caribbean island of Curacao is about to be released to an unnamed buyer in a closely monitored transaction that highlights maritime sensitivity to US sanctions on Venezuela.

The fuel oil cargo belongs to Engineering and Training Kwisolutions, a Curacao-registered unit of PdV’s former local subsidiary Refineria Isla that is now seeking to complete the sale of the cargo. The revenue from the transaction is earmarked to pay the local debts that PdV left behind, including severance payments to labor unions and payments for industrial services from Curacao-owned utility CRU.

According to officials close to the deal, the sale is “fully compliant” with Curacao’s license from the US Treasury Department’s Office of Foreign Assets Control, which administers the sanctions on Venezuela.

But the transaction has been held up in recent days because the ship captain was unwilling to sign the bill of lading without further assurances. In recent months, the US has stepped up its sanctions on Venezuela to target individual tankers and shipowners involved in Venezuelan oil trade. And the US Justice Department last week announced it seized four cargoes of Iranian gasoline that it said were bound for Venezuela.

Although it is not a party to the transaction, RdK agreed to obtain an audit from a US law firm to reassure the parties over the compliance of the fuel oil sale.

Curacao used to be part of PdV’s nearshore logistical network, which enabled the company to store and transship cargoes to longer-haul destinations. Over the past number of years, Curacao and fellow Dutch Caribbean islands Aruba and Bonaire have been entwined in sticky legal disputes involving creditors and abandoned assets tied to PdV’s declining presence. All three islands are looking for alternative operators and investors. Curacao and Aruba in particular are close to signing storage leases for tanks formerly operated by PdV. RdK’s preliminary deal with German refiner and commodities trader Klesch to take over PdV’s lease fell apart earlier this year.