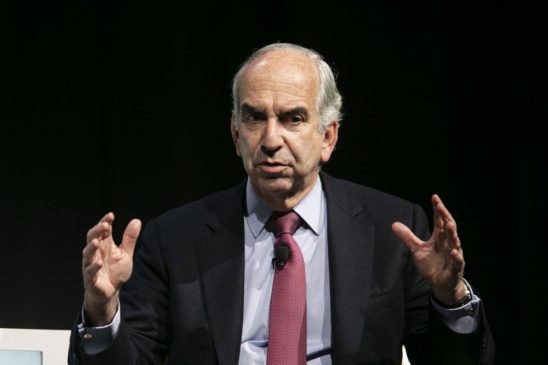 “The Stena Carron rig recently completed appraisal drilling at Yellowtail-2, located 1 mile southeast of Yellowtail-1. The well identified two additional high quality reservoirs, one adjacent to, and the other below the Yellowtail Field, further demonstrating the world class quality of this basin,” the company announced during its 2nd quarter earnings call. “This additional resource is currently being evaluated and will help form the basis for a potential future development.”

“We are thrilled with the results from the Kwaskwasi-1 exploration well. This is the best well we’ve drilled in the basin to date, with the highest net pay in the best quality reservoirs,” Christmann said. “While we have a lot more work to do, a discovery of this quality and magnitude merits a pace of evaluation that enables the option of accelerated first production.”

With the ExxonMobil/Hess/CNOOC consortium (with ExxonMobil serving as operator) already producing at a rate of 98,000 barrels of oil per day, and ongoing drilling operations offshore both countries yielding impressive results in terms of massive reserves additions, the northeastern coast of South America remains one of the world’s hottest current play areas, at least from an operational standpoint.

In Guyana, though, the enthusiasm regarding the country’s energy future and the positive economic and societal impacts it is capable of delivering was tempered by events on the political front. Thursday also saw two important developments related to Guyana’s March elections, which have remained in dispute amid allegations of irregularities in the vote count.

First, Guyana’s Court of Appeal ruled in a 2-1 decision that the country’s Elections Commission, led by Chief Elections Officer Keith Lowenfield must use the results of a recount of votes conducted in May to determine winners. That recount resulted in Granger’s APNU+AFC alliance winning 31 of the country’s 65 parliamentary seats, and the People’s Progressive Party (PPP) coming away with a bare majority of 33 seats. The court’s decision appears to clear the way for PPP presidential candidate Mohamed Irfaan Ali to succeed incumbent David Granger as president.

Next, the U.S. State Department, which announced sanctions on the incumbent government in mid-July, said it will now impose additional travel restrictions on President Granger and other officials in his administration. Acting Assistant Secretary of the Bureau of Western Affairs Michael Kozak confirmed this move using unusually harsh language in a pair of tweets.

“Today, we are acting to prevent additional senior individuals from that country from entering the United States. The Secretary’s been clear: The Granger administration and its allies continue to defy the will of the Guyanese people by refusing to accept the vote count,” Mr. Kozak said. In the second tweet, he added, “The United States joins the rest of the region refusing to go along with this farce. We will continue to act until the Granger administration accepts the will of Guyanese voters.”

In making this declaration, the U.S. government joins the consensus among international observers, including the Organization of American States (OAS) and the Caribbean Community (CARICOM), in urging the Granger government to accept the results of the recount and turn over the reins of power. CARICOM Chairman Ralph Gonsalves, the Prime Minister of St. Vincent, was quoted as saying “This soap opera has to come to an end and democracy has to prevail. It is self-evident.”

For oil and gas companies like the Consortium participants looking to do business in Guyana’s offshore, the resolution of this election and a return to government stability is a key factor. The investments required to develop deepwater offshore prospects are enormous, and the success rate is typically quite low, despite the Consortium’s recent success.

No one should think that these current big finds are the result of anything resembling an overnight success. A new report from the Wood MacKenzie firm chronicles 51 long years of hugely-expensive, failed efforts by companies like ExxonMobil, Shell, Anadarko Petroleum and CGX, who drilled 45 unsuccessful test wells offshore Guyana before the Stabroek Consortium’s initial discovery of the Liza formation in 2015.

With permitting efforts now having already been delayed by several months due to the controversy over the election, Wood MacKenzie estimates that further delays could erode up to $2.2 billion of the Stabroek project’s overall value, and end up costing the Guyanese government as much as $4.5 billion in the coming years. As I’ve previously noted, ExxonMobil, Hess and CNOOC have investments and exploration plays taking place all over the world. In constructing their capital budgets each year, every potential play is ranked according to factors like anticipated rate of return, as well as the stability of the local government.

This election controversy, now almost 5 months old, is harming Stabroek’s attractiveness in both regards. With the Court of Appeal now having ruled and the entire international community arrayed in support of the results of the May recount, President Granger and Chief Elections Officer Lowenfield appear to have little if any legitimate basis for allowing it to linger any further under their own watch.