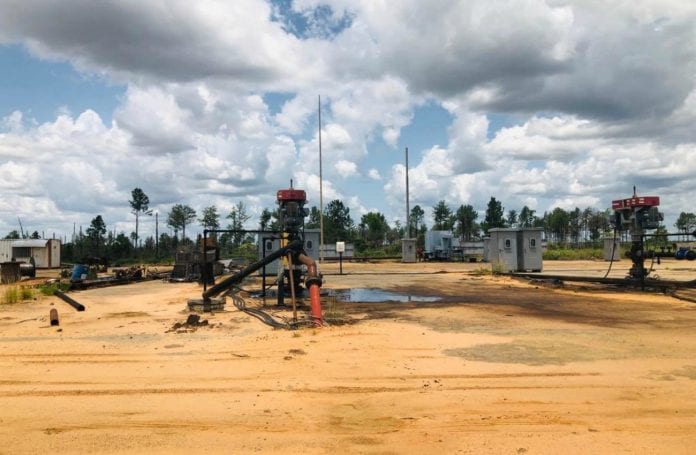 (Reuters, 28.Apr.2020) — The latest fire to erupt at one of Venezuelan state-owned PdV’s oil installations has temporarily knocked out up to 130,000 b/d of heavy crude production from three of the firm’s joint ventures with foreign partners.

PdV said today it has extinguished the blaze, which broke out on 26 April in a waste oil pond at its 300,000 b/d Morichal Operational Center (Comor) in Monagas state.

PdV shut the Comor complex preventively when the fire started, temporarily impacting production from the PetroSinovensa joint venture with Chinese state-owned partner CNPC, PetroCarabobo with Spain’s Repsol and an Indian consortium, and PetroIndependencia with main partners Chevron and a Japanese consortium.

Normal operations will be restored by next week, the PdV official said.

Venezuela’s crude production was already battered by US oil sanctions and the collapse of oil prices and demand stemming from the pandemic. The Opec country produced around 650,000 b/d in March, down from 790,000 b/d a year earlier, according to Argus estimates.

The Morichal fire raged over two days before emergency firefighting units from other PdV installations in Anzoategui state extinguished the last flames around midday today.

Comor’s own degraded firefighting assets were unable to respond, a PdV official at the facility said.

A pipeline near the pond exploded because of the heat, and part of the local electricity grid suffered “minor structural damage,” the PdV official said, adding that other nearby infrastructure was not structurally damaged.

PdV uses Comor to dilute and blend Orinoco extra-heavy crude. From Morichal, the crude is transported by pipeline to the Jose processing and export complex on the coast.

Fires are not uncommon at this time of year in Venezuela. The Morichal fire was preceded by several others, including ones at PdV’s Capiripito installation in Monagas, a PdV warehouse in Quiriquire and two at Bachaquero in the PdV-Russian PetroZamora project in the Lake Maracaibo area.