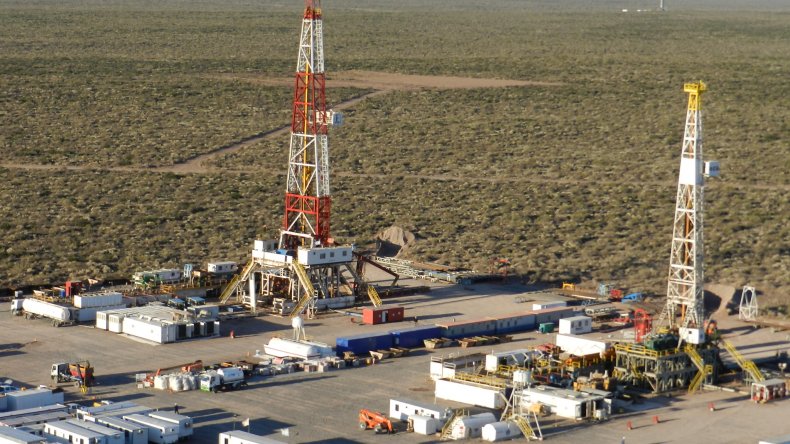 (S&P Global Platts, 20.Nov.2019) — Three leading oil companies in Argentina, buoyed by the quality of the shale resources, are ready to ramp up oil and natural gas production in Vaca Muerta, but they are holding back until the economic and energy policies of the incoming government are more clear, senior executives said Wednesday.

Argentinian President-elect Alberto Fernandez has yet to spell out his energy policy since winning the October 27 election, raising concerns about whether what he decides to do could detain the development of Vaca Muerta, even as it leads a recovery in oil and gas production after more than a decade of decline.

Carlos Ormachea, CEO of Tecpetrol, the country’s third-largest biggest gas producer — and largest in Vaca Muerta — said he thinks the next government will continue to support the development of Vaca Muerta after taking office December 10.

“It has become an essential part of what could be the energy policy of Argentina over the next few years,” he said at the Meeting with Leaders business conference, organized by El Cronista newspaper in Buenos Aires.

Ormachea said that from what he has heard the Fernandez team views Vaca Muerta as “an opportunity” for turning what was until a few years ago a national energy deficit into a surplus, allowing for a rise in exports.

The outgoing government of President Mauricio Macri has forecast that Vaca Muerta could lead a doubling of the country’s oil and gas production from 2018 levels to 1 million b/d and 260 million cu m/d, respectively, in 2023. That would allow oil exports to surge to 500,000 b/d from 60,000 b/d over the same period, and gas to 80 million cubic meters/day from less than 10 million cu m/d.

“Vaca Muerta is a great export project,” Ormachea said, adding that it will bring in the dollars that the country needs to balance the budget, pay down the national debt and put the economy on track for sustainable growth.

Daniel De Nigris, head of ExxonMobil’s operations in Argentina, said at the conference that Vaca Muerta is competitive in terms of productivity, on par with the best in the Permian, the biggest shale play in the US.

“The resource has great quality,” he said. “We have proven that wells have the same or better quality than wells in the US.”

However, Argentina’s financial crisis — now in its second year — combined with regulatory uncertainty, capital controls, high taxes and price caps have made it harder to plan business and make a profit, he, and others, said.

Sean Rooney, head of Shell’s operations in Argentina, said tight access to financing is proving a bottleneck for Vaca Muerta. “It is harder to invest in a country with challenging economic and financial conditions,” he said. “We hope that companies will come, but you have to finance them at competitive costs.”

The benchmark interest rate in Argentina is running above 60% and companies are struggling to borrow in dollars at less than 10%.

The challenge to come up with competitive financing is already slowing a project to build a new 40 million cu m/d pipeline for increasing gas deliveries out of Vaca Muerta. The government has already postponed bidding twice for the $2 billion project, leaving it to the Fernandez administration next year.

“Until the pipeline is built, it won’t be necessary to drill more gas wells,” Rooney said.

The existing pipeline capacity is already maxing out at times of peak demand, limiting the opportunity to expand sales beyond Argentina. That effort calls for building a $5 billion liquefaction terminal for exporting LNG, but it won’t likely get off the ground until financing becomes available at reasonable interest rates, Rooney added.

Despite the challenges, Vaca Muerta is benefiting as a second mover after the development of shale plays in Canada and the US, Rooney said. This means companies can learn from the experiences in those countries to avoid costly mistakes and also use the latest technology to develop Vaca Muerta at a faster pace, he added.

Indeed, Rooney estimates that this second-mover advantage has made it possible to develop the blocks in Vaca Muerta at 25% of the cost of a similar development in the US when it was first started.

“I am optimistic about the development of oil and gas in Vaca Muerta,” Rooney said. While he said it has been slower overall than in the US, with only 1,000 wells in production compared with tens of thousands, “when the conditions are competitive then we can develop a lot faster than what have done so far.”