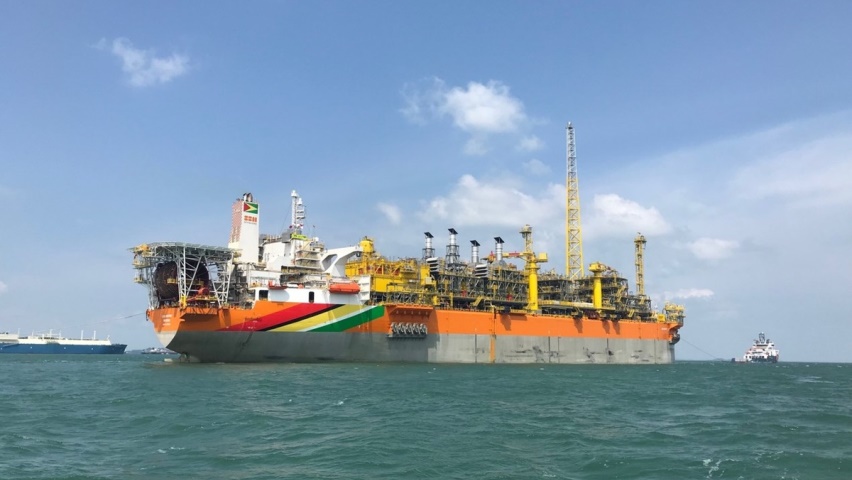 RELATED STORY: Guyana is Far from its Dream of Becoming a Rich Economy

Venezuela for example, out of its 303,000 MMbbls of total, proven oil reserves, still has over 22,000 MMbbls of condensate-light-medium crude oil P1 reserves located onshore; some 7 to 5 times the proven Guyana-total-oil-reserves.

This net proven Guyana total oil reserves are spread around 31 different assets located offshore, at an average of 140 to 100 MMbbls per asset. This distribution unveils the fact that, the tail end of these so-called discoveries will never be actually developed because of the high ratio of cost to revenue involved. Most of these assets are located far from each other even within the same block, as for the case of Stabroek, the most promising and prolific among all of them.

As per available information, CAPEX exposure for Liza phase I was revised from $4.4bn to $3.7bn, whereas for Liza phase II has been assessed as $6.4bn. Liza phase I development considered a total of 17 well, with 8 producers, 6 water injectors and 3 gas injectors. The initial specifications for Destiny FPSO included up to 120,000 b/d, and 170 million cubic feet per day (MMcf/d) of gas, equivalent to an expected production gas oil ratio (GOR) of nearly 1,400 SCF/STB. This was later changed without any known basis to 150,000 b/d, and 190 MMcf/d of gas, rendering a production GOR of approximately 1,260 SCT/STB.

The Unity FPSO arrived in Guyana during October 2021, bringing the total production capacity of offshore Guyana to 340,000 b/d; in theory. On the second week of February 2022 Liza phase II delivered its first oil, and recently in late April 2022 Guyana lifted its first oil cargo of approximately 1 MMbbls, pocketing around $106mn

Interestingly the design specifications between Destiny and Unity reveals what we have always sustained; the volumetric nature of these reservoirs, meaning no additional pressure support other than rock and fluid expansion, which could threaten the sustainability of the production plateau if fluid injection continue to prove unsuccessful.

Design specifications varied considerable between phase I and II from 1,260 to 1,820 SCF/STB respectively. Therefore, Exxon is expecting more free gas to be produced in spite of the increasing fluid injection volumes, supposedly planned to compensate for the sharp decline in the reservoir pressure currently experienced. This confirms our initial concern about the limited nature of the recoverable reserves early mentioned, and the lack of response of the reservoir to fluid injection after more than 2 years.

Liza-I has been unresponsive to fluid injection as producing GOR has been consistently increasing, loosing needed energy to sustain and accelerate production. Very likely the injected fluids are insufficient, or are dynamically dispersing outside the target reservoir. Flared volumes consequently have been considerably increasing since first oil, as facilities and the development plan were not designed to handle the unexpected level of gas produced, forcing Exxon to flare massive volumes of toxic emissions to the atmosphere. We suspect that peak emissions reached over 22 MMcf/d of toxic gases between June 2021 and October 2021. No production/injection information has been released precisely after this period.

Now that a second FPSO is on stream and more injection wells are available, it could be possible to handle in the meantime the additional volumes of gas reducing emissions, and increase the fluid injection rate. But as production continues from Liza-I and II, more gas will be liberated as more production comes into stream, and larger pressure gradients are experienced, creating a dual-bottleneck. This situation will worsen when Payara field comes into stream, as initially it could be handling some of its produced fluids via the Liza phase II Unity FPSO.

Apart from the thermoelectric generation project; which has not yet been sanctioned, no other project for has handling/utilization is expected for the short to mid term. Therefore, a larger volume of toxic emissions to the atmosphere should be expected within a relatively short period of time from these assets.

The next two developments in line are Payara for 2024 with 41 wells, and Yellowtail for 2025 with 50 wells. Payara is expected to cost $9bn, and utilize the Prosperity FPSO facility once commissioned. For Yellowtail the plan considers a CAPEX exposure of $10bn with an additional FPSO designed to handle up to 250,000 b/d liquids and 450 MMcf/d of gas. Guyana has already started production from two FPSO platforms: Destiny for Liza phase I in December 2019, and Unity for Liza phase II in February 2022, with a third FPSO platform; Prosperity, on its way to handle Payara production.

Through all of these investments, Exxon plans to grow towards 1,200,000 b/d by 2027. So far total Guyana output is still in the neighborhood of 127,000 to 129,000 b/d, even though two platforms with 23 (Liza-1:8+Liza-II:15) producers are presumably aligned, and gas injection wells went from 3 to 9 available wells, while gas handling capacity increased to 590 MMcf/d (Liza I+ Liza II). These results are very concerning for the 2027 production target, as it confirms that Liza-I production has considerably declined in only 2.5 years. Strategically speaking, the way these developments are phased considering the volumetric nature of these reservoirs, will hardly translate into a long-term-sustained-production-plateau, but instead into a single-peak-profile which could rapidly drop to a much lower production level, as the reservoir will tend to bleed off, and turn unresponsive to fluid injection, as it has been the case for Liza Phase-I. If pressure drops consistently, a number of formation-damage-related-phenomena will beguine to unleash targeting well productivity as the first victim. It’s still a good business at current market price for Exxon, but not much for Guyana in the long term, because of the reduced profit ratio (low royalty, high Exxon-cost recovery), and the likelihood for a much shorter plateau.