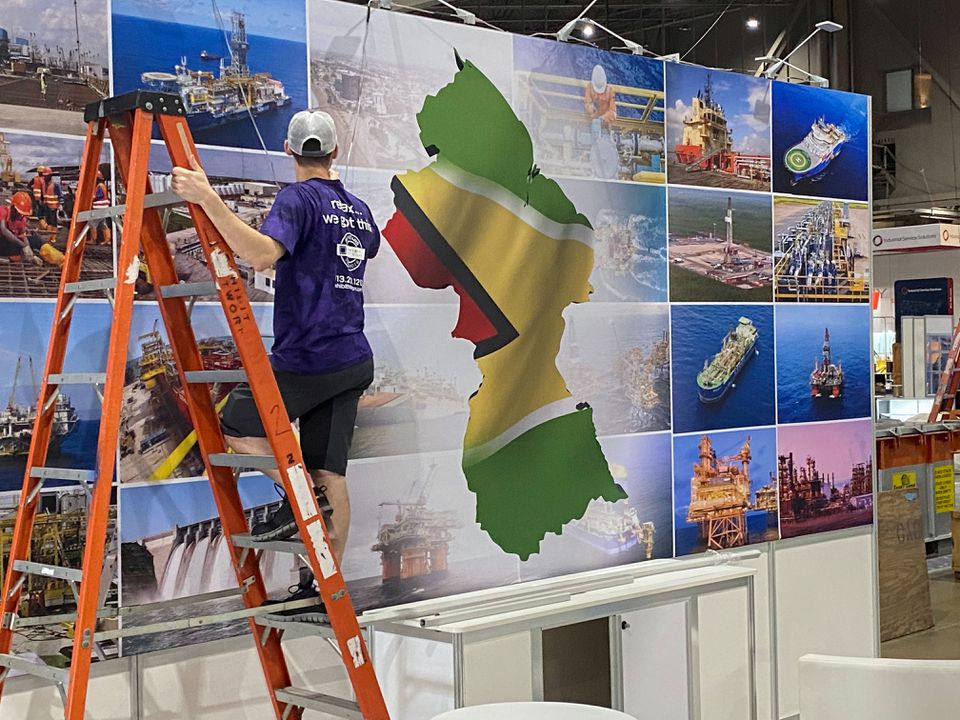 (Reuters, 17.Aug.2021) — Guyana aims to increase its oil royalties and revamp other contract terms as part of a new profit-sharing agreement (PSA) for future crude and gas projects now in its draft stage, the South American nation’s vice president said on Tuesday.

The tiny country has become one of the most desired oil exploration hot spots after an Exxon Mobil-led group (XOM.N), including U.S.-based Hess Corp (HES.N) and China’s CNOOC Ltd (0883.HK), discovered about 9 billion barrels of recoverable oil and gas off its coast.

Guyana expects this year to install an energy regulatory body and it will this month disclose the winner of a one-year contract to market of oil production from the prolific Stabroek block.

The new PSA will be tougher than that negotiated with the Exxon consortium and could be ready “within six months or so,” said Vice President Bharrat Jagdeo on the sidelines of the Offshore Technology Conference in Houston. The government has been at odds with Exxon over flaring at its Liza project, the first one producing crude in Guyana after discoveries.

“We have made it clear that in any new PSA we negotiate for those blocks, the conditions will be very, very different than the ones from the Stabroek block,” Jagdeo said, including higher royalties and mechanisms for deducting costs from investment.

Previous Guyanese governments have been criticized for the lucrative terms provided to companies involved in the Stabroek block.

“All the deficiencies of this contract will be addressed,” he said.

“We have been called to leave our oil in the ground,” he said. “We’ll develop our oil industry putting in place regulations for safe, low carbon operations.”

By Marianna Parraga and Sabrina Valle