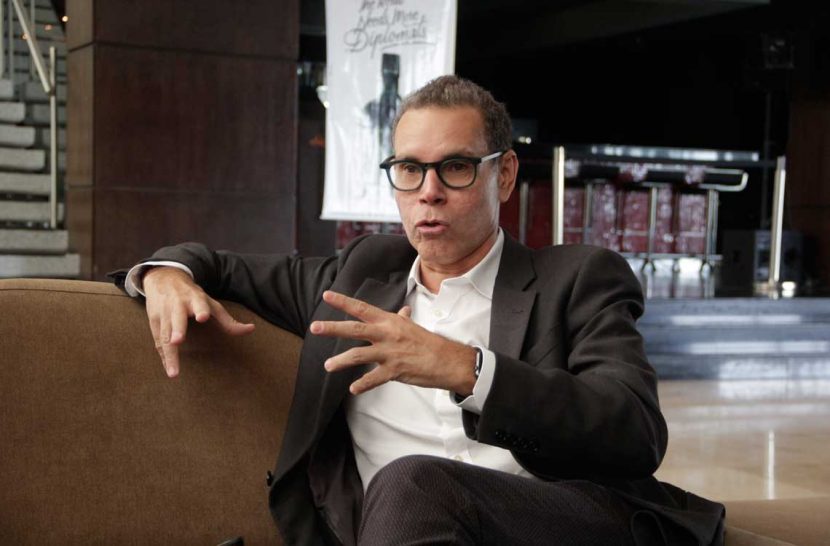 (Energy Analytics Institute, 18.Mar.2022) — Datanalisis President Luis Vicente León commented on social media about the rumors around an easing of US sanctions on Venezuela as well as why Venezuela’s President Nicolás Maduro is benefitting the most from Washington’s current restrictions.

“When you are told that a flexibilization of private oil activity benefits Maduro, what they don’t tell you is that today he takes, sells, and collects all the oil that those companies produce, so any licenses [easing sanctions] actually reduce Maduro’s control, not increase it”: León

“When you are told that private oil production licenses help Maduro, what they don’t tell you is that those licenses allow Venezuelan oil to specifically help supply the US, precisely the strongest ally of the Venezuelan opposition”: León.

“When you are told that the oil negotiation to activate Venezuelan private production is bad for the country, what they don’t tell you is that it is the very same activity that the Venezuelan oil areas and their production clusters need in order to survive”: León.

“Those who tell you that oil sanctions affect Maduro and will remove him from power, are not telling you that this story has been around since 2017 but he is still there and has no credible threats, while oil production is being de-Westernized”: León.

“Those who tell you that the US should not allow private Venezuelan oil activity, do not tell you that this raises the cost of gasoline to their nationals and encourages their enemies to base their operations in their own region, affecting the world oil market”: León.

“Those who speak on behalf of the Venezuelan opposition, don’t tell you that this opposition that is both collegiate and heterogeneous is paradoxically divided today between the overwhelming majority of the parties and leaders in favor of a political and oil negotiation versus [Juan] Guaido who has publicly rejected it… a rather asymmetric division:” León concluded.