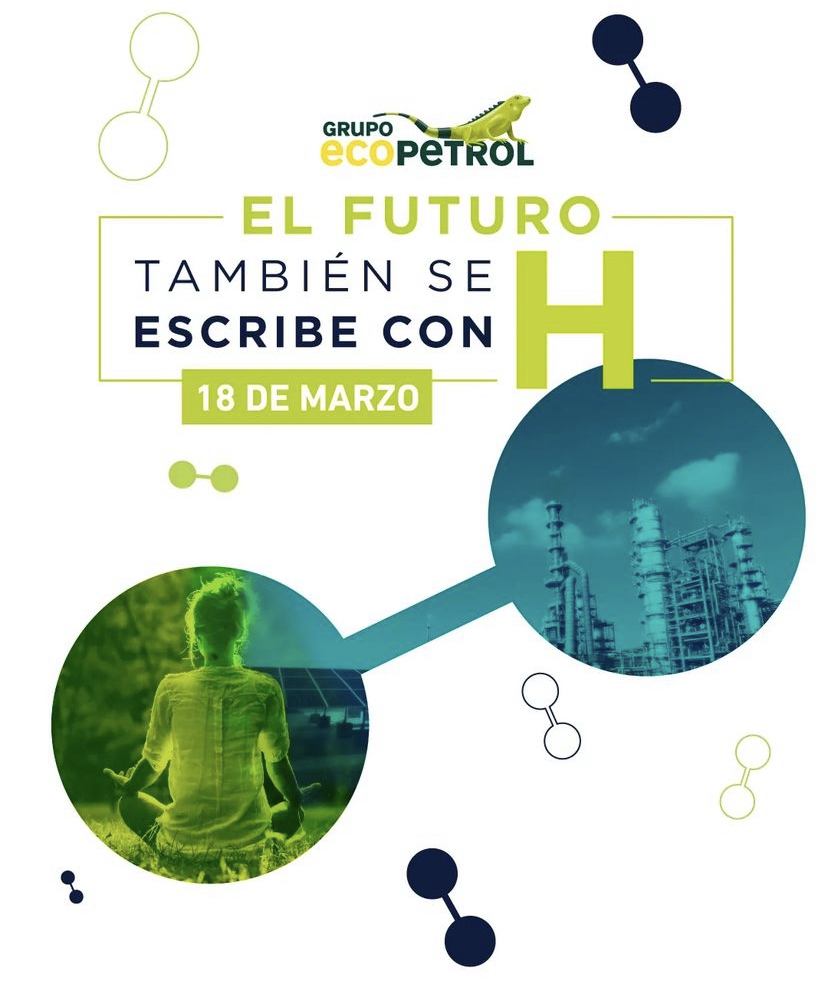 (Energy Analytics Institute, 18.Mar.2022) — Energy briefs including Colombia commencing operations at the first of two green hydrogen pilots in Cartagena; Ecopetrol announcing plans to be producing 1 million tons of hydrogen by 2040; former Brazilian President Luiz Inácio Lula da Silva saying that in the eight yrs of his presidency that gasoline prices in Brazil only rose by R$0.43; and Trinidad and Tobago’s Minister of Energy and Energy Industries Stuart R. Young discussing the role of gas at the Latin America Energy Forum; and the Russian invasion of Ukraine — with its death and destruction — causing the world to retreat from its accelerated energy transition away from fossil fuels and towards cleaner fuels.

— Former Brazilian President Luiz Inácio Lula da Silva announced 18 Mar. 2022 on Twitter that in the eight yrs of his presidency that gasoline prices in Brazil only rose by R$0.43. He said the “stability [came] even in the midst of the global crisis that began in 2008 and was due to the strengthening of Petrobras and the pricing policy determined by the government for the state-owned company at the time.”

— Colombia commenced ops at the first of two green hydrogen pilots in Cartagena: one at Ecopetrol and the other at Promigas, the country’s Mines and Energy Minister Diego Mesa announced 18 Mar. 2022 on Instagram. Additionally, Colombia’s state oil co. Ecopetrol announced plans to be producing 1mn tons of hydrogen in 2040, of which 60% would be destined for the domestic mkt and 40% destined for export, Ecopetrol President Felipe Bayón announced as well from Cartagena.

— The key role of natural gas in providing baseline power to complement growing capacity of renewables is being discussed as well as energy sustainability and future gas production and use in LatAm and the CARICOM region, Trinidad and Tobago’s Minister of Energy and Energy Industries Stuart R. Young announced 18 Mar. 2022 on Instagram during his participation in the Latin America Energy Forum.

— “We are deploying throughout Venezuela, clearly focused on a solution to the conflict and crisis and reinforcing the message of free and fair elections,” opposition leader Juan Guaidó announced 18 Mar. 2022 on Twitter. “They’ve owed us presidential and parliamentary elections since 2018 and 2020 [and] we have to demand them. We cannot wait, because in a dictatorship not even the date of an election is guaranteed,” he said, adding “you will see us in the streets of Venezuela demanding… conditions so that we Venezuelans can decide.”

— It remains unclear whether Venezuela’s ruling party will retake the negotiation path with the opposition or advance minimum agreements around democratic guarantees, which means “there is little that Maduro can achieve,” said Carpe Diem Comunicaciones political analyst Leonardo Vera said this week in a note to clients.

— Energy Analytics Institute (EAI) Talking Points: The Russian invasion of Ukraine — w/ its death and destruction — will see the world retreat temporarily from its accelerated energy transition which commenced in 2020 during the Covid-19 pandemic. In the case of Europe amid a lack of oil and gas supply from Russia, many countries are looking to secure energy supplies, even if from fossil fuels and at whatever cost.