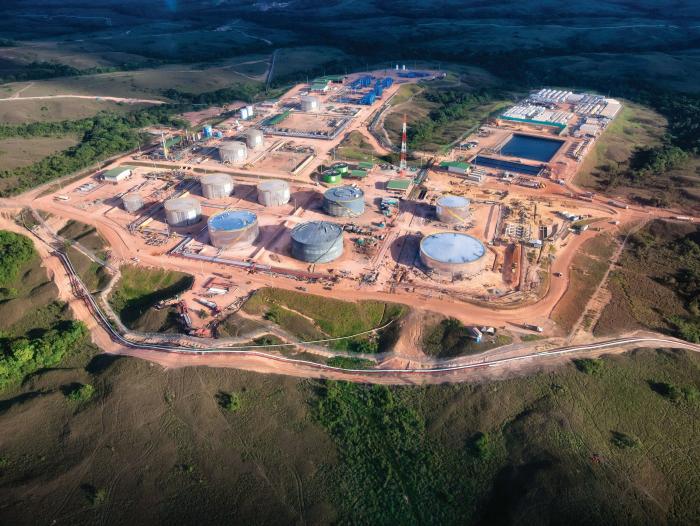 (Frontera, 16.Feb.2022) — Frontera Energy Corporation (TSX: FEC) announced its full year 2022 capital and production guidance, provided an update on its normal course issuer bid (“NCIB”) and provided notice of its year end 2021 financial results and conference call. All values in this news release and the Company’s financial disclosures are in United States dollars, unless otherwise noted.

Gabriel de Alba, Chairman of the Board of Directors, commented:

“Frontera’s 2022 capital program optimizes both capital efficiency and free cash flow after development capex in 2022 and beyond, builds on the significant progress the company made in 2021 against its objectives and maintains a disciplined approach to spending in the face of increasing inflationary pressures. Frontera anticipates generating operating EBITDA of $375-$425mn at $70/bbl Brent prices, $475-$525mn at $80/bbl Brent prices and $575-$625mn at $90/bbl Brent prices, demonstrating upside to higher oil prices. Additionally, Frontera will continue to enhance shareholder returns through its current NCIB, which the company intends to renew when it expires in March, to permit purchases of up to 10% of its outstanding float over the next year.”

“Frontera’s 2022 capital program is self-funded at $70/bbl Brent prices and is focused on two key areas. First, we anticipate spending $225-$255mn in our Colombia and Ecuador upstream business to deliver full year production of 40,000-43,000 boe/d, a 10% year-over-year increase at the midpoint. We will capitalize on the sweet spots of our portfolio by investing in development facilities at VIM-1, drilling opportunities at the recently acquired PetroSud assets, development drilling at Quifa, exploration activities and maintenance and production integrity activities across our portfolio. This activity is also expected to create a platform for future growth in 2023 and beyond.

Importantly, as part of Frontera’s ESG strategy, the company will invest in its first photovoltaic plant to generate electricity for CPE-6 and reduce the company’s energy usage, costs and carbon emissions. Despite increasing industry-wide inflationary pressures, Frontera remains focused on maintaining its competitive cost structure with production and transportation costs remaining relatively unchanged year over year.”

About Frontera’s 2022 Capital and Production Guidance

Frontera’s estimated average daily production in 2021 was approximately 37,800 boe/d (comprised of approximately 19,300 (bbl/d) of heavy crude oil, approximately 17,600 (bbl/d) of light and medium crude oil and approximately 5,000 (mcf/d) of conventional natural gas production), in-line with the company’s 2021 guidance. In 2022, Frontera anticipates delivering full-year average production of 40,000 – 43,000 boe/d, an approximately 10% increase at the midpoint compared to 2021 estimated average daily production. The company’s 2022 average production guidance range does not include in-kind royalties, operational consumption, and quality volumetric compensation. The average production guidance range does not include potential production from successful exploration activities planned in 2022. Production costs are expected to average $11.00-$12.00 per boe in 2022 due to increased inflationary pressure and higher energy and maintenance costs for pumps, motor generators and pads compared to previous years.

The company intends to renew its NCIB when it expires on 16 March 2022, to permit purchases for up to 10% of its outstanding float over the next year. There can be no assurance that the company will renew or complete its NCIB program as it remains subject to the Board’s discretion based on the company’s financial position and outlook at the time and acceptance by the Toronto Stock Exchange.

In Colombia, Frontera anticipates spending approximately $130-$140mn to drill up to a total of 65 development wells in 2022 (compared to 42 producer wells and 3 injector wells in 2021) and approximately $40-$50 million on development facilities primarily in support of enhanced production at VIM-1, CPE-6 and Quifa in the company’s strong Colombian base.

Also at CPE-6, as part of Frontera’s ESG Strategy, the company will invest in its first photovoltaic plant to generate electricity for CPE-6 which will reduce the company’s energy usage, costs and carbon emissions when its operational in the first half of 2023. The company is currently evaluating various project financing options.

At Guatiquia, Frontera plans to drill one new producer well and one appraisal well at the Coralillo field and add additional flow-handling facilities.

At Cubiro, the company plans to drill three producer wells in the Copa field and complete three well workovers in Ceibo and Mantis, four stimulations at Ceibo and two slickline operations in Cravoviejo and Cubiro blocks.

At VIM-1, (Frontera 50% W.I., non-operator), the company anticipates drilling one appraisal well at La Belleza and completing one workover of an injector well and one exploration well elsewhere on the block.

In Sabanero, the company expects to re-activate the area in the second half of 2022.

At the newly acquired El Dificil block, Frontera plans to drill two producer wells as it aims to increase production from the block.

At the Perico block (Frontera 50% W.I. and operator), development planning activities and permitting work has begun at the company’s successful Jandaya-1 exploration well in advance of long-term testing of at least six months or a longer period of time if approved by authorities. The company is also preparing the environmental impact assessment as part of its efforts to obtain a production environmental license.

On 28 January 2022, Frontera spud a second exploration well called Tui-1 in the southern portion of the Perico block. The Tui-1 exploration well is expected to be drilled to a total depth of 10,972 feet and is targeting the same Hollin formation as Jandaya-1. Additional prospects on the Perico block have been identified and are being matured for future drilling.

In the Espejo block (Frontera 50% W.I., non-operator), 2022 exploration activities are anticipated to include the acquisition of 60 km2 of 3D seismic followed by spudding the first exploration well in the block in the second half of 2022.

Frontera, through its Joint Venture with CGX Energy Inc., aims to build on its recent offshore positive results at the Kawa-1 exploration well on the Corentyne block. The company anticipates spudding its second commitment well, called Wei-1, in the second half of 2022. The Wei-1 exploration well will be drilled in a water depth of approximately 580 metres and will target Campanian and Santonian aged targets identified in the western fan complex in the northwestern part of the Corentyne block.

Frontera anticipates its consolidated Guyana exploration capital in 2022 to be $110-$130mn and CGX anticipates further investments of $5-$10mn for the Berbice Deepwater Port Project. CGX is currently assessing several strategic opportunities to obtain additional financing to meet the costs of the drilling and infrastructure program.

Frontera also announced today that its year end 2021 results will be released after markets close on Wednesday, 2 March 2022. A conference call for investors and analysts will be held on Thursday, 3 March 2022 at 10:00 a.m. Eastern Time. Participants will include Gabriel de Alba, Chairman of the Board of Directors, Orlando Cabrales, Chief Executive Officer, Alejandro Piñeros, Chief Financial Officer and other members of the senior management team.

Analysts and investors are invited to participate using the following dial-in numbers: