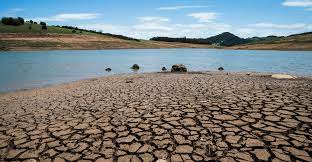 “A set of measures designed to boost electricity, natural gas and LNG imports were proposed to narrow this gap. It is really important to understand if the country’s neighbours have the actual capacity to help as every additional megawatt counts.”

The current drought not only affects Brazil, but also the entire region. Argentina and Chile are also expecting low hydro output until the end of the year, which increases the need of thermal dispatch on these countries. The regional gas and power balance is of major importance for Brazil, which counts on electricity imports from Argentina and Bolivian gas imports.

Dufflis said: “Can Argentina boost its natural gas production to secure extra thermal dispatch and also export gas to both Brazil and Chile, which will also need Argentine gas?”

Eyeing gas exports in the next southern hemisphere summer, Argentina’s gas producers are still outperforming and have increased production more than 20% since April.

Anjos added: “The total volumes will depend on how Argentina will deal the lack of hydro generation. If the country wants to honour its firm agreement with Chilean players, it will export electricity generated based on fuel oil and diesel or provide gas price signals now to stimulate drilling activity during the summer.

“In the case of gas exports to Brazil, transmission pipeline bottlenecks can also jeopardise the capacity of Argentina to increase gas deliveries.”

Bolivian producers can also take advantage of this situation, since exports to Argentina reduce during summer, which can increase the Bolivian gas availability.

Anjos said: “With LNG spot prices above US$12 per million British thermal units in the upcoming months and the tight balance in Brazil, Bolivia can negotiate better conditions with Brazilian players for short-term contracts, which might expect a large premium price.”

Brazil will need to ramp up its gas supply capacity quickly and be able to dispatch its full thermal power capacity. Two additional LNG terminal due online shortly will alleviate the gas balance.

Anjos said: “The new terminals will support the increase of LNG imports to record levels, remaining at full effective capacity throughout the year.

“Stressing out infrastructure highlights the importance of having back-up capacity for a country with such intermittent gas demand. Additionally, as the market opens and Petrobras leaves its monopolist position, local gas distribution companies and industrial consumers will have to build a gas supply portfolio resilient to these events that stress the market gas balance.”