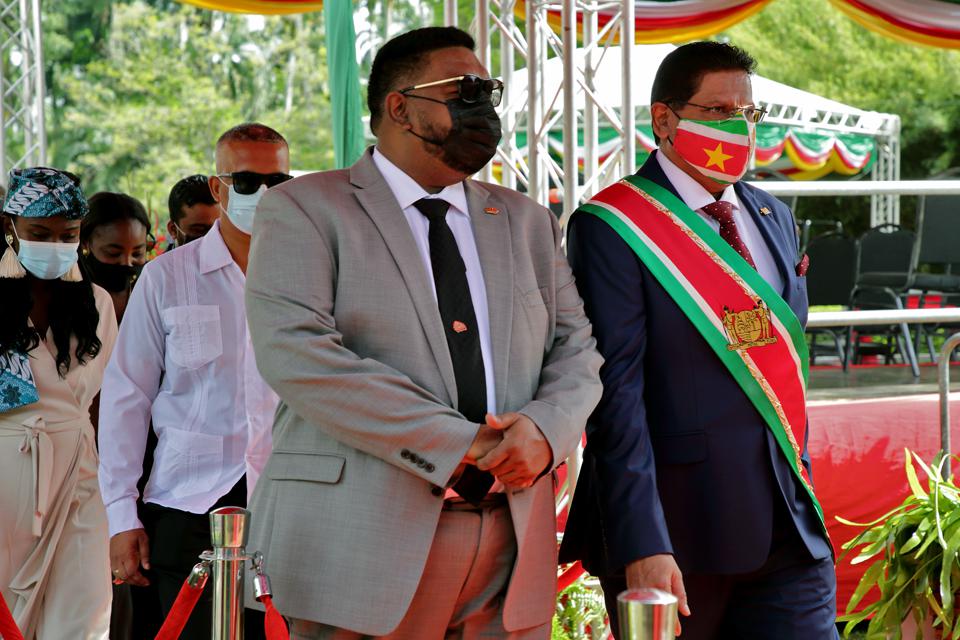 (S&P Global, 19.Aug.2021) — The presidents of Guyana and Suriname said Aug. 19 their countries will craft a joint strategy to develop their natural gas reserves to fuel their economic development, as well as to supply Brazil, their large southern neighbor.

“Through the gas strategy, we will be working on a joint development strategy for the frontier that would support the development of both economies,” Guyana’s Irfaan Ali said at a joint press conference with Surinam’s Chandrikapersad Santokhi, on a four-day visit to Guyana’s capital of Georgetown.

The gas development strategy would include, infrastructure, industries, manufacturing, natural resources and the processing of bauxite, Ali said.

Ali declined to say how much gas has been discovered in the Guyana-Suriname Basin by major international oil companies in recent years, but said Suriname’s state-owned oil company, Staatsolie, has that data and it would be used for “internal consumption” by a strategic working group to be established.

Ali and Santokhi said they would be inviting the presidents of Brazil and France, which governs French Guiana, to the east of Suriname, to an energy summit to discuss the Arco Norte gas pipeline and electricity generation project that is expected to be funded by the Inter-American Development Bank.

“Within a short period of time, a design proposal will be presented with a clear strategy how to exploit the gas of the two nations for the industrial development of the west side of Suriname and the east side of Guyana, also to develop the bauxite industrially and also to export that gas to Brazil,” he said.

The IDB has said that the generation plants will have a capacity of 4.3 GW and will require a capital investment of $8.8 billion.