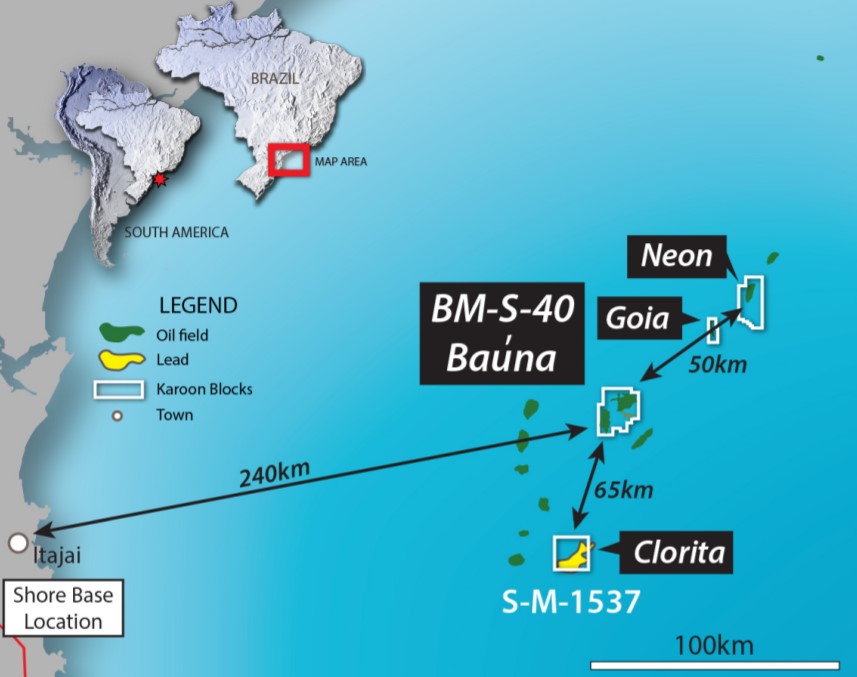 (Petrobras, 6.Nov.2020) — Petrobras, following up on the releases  disclosed on 24 and 28 July 2020, concluded the sale of its entire stake in the Baúna field (BM-S-40 concession area), located in shallow waters in the Santos Basin, to Karoon Petróleo & Gás Ltda (Karoon), a subsidiary of Karoon Energy Ltd.

After fulfilling the previous conditions, the transaction was concluded with the payment of $150mn to Petrobras. The value received at the closing is added to the amount of $49.9mn paid to Petrobras at the signing, on 24 July 2019. The remaining amount, estimated in approximately $40mn, will be paid by Karoon in 18 months from today’s date, considering the price adjustments, since the base date of the transaction is 1 January 2019 and, thus, the value was adjusted according to the result of the cash flow incorporated by Petrobras until the closing date. In addition, it was agreed by the parties the contingent part of the price, to be received by Petrobras until 2026, in the amount of $285mn.

This disclosure complies with the Petrobras’ internal rules and with the provisions of the special procedure for assignment of rights to exploration, development and production of oil, natural gas and other fluid hydrocarbons, provided for in Decree 9,355/2018.

This transaction is in line with the portfolio optimization strategy and the improvement of the company’s capital allocation, increasingly concentrating its resources in world-class assets in deep and ultra-deep waters, where Petrobras has demonstrated great competitive edge over the years.

The Baúna field, located in the Santos Basin on the coast of the state of São Paulo, began operating with the FPSO Cidade de Itajaí in February 2013. The average production of the field from January to September 2020 was approximately 16,000 barrels of oil per day and 104,000 m³/d of gas. With this transaction, Karoon will become the operator of the concession with 100% stake.