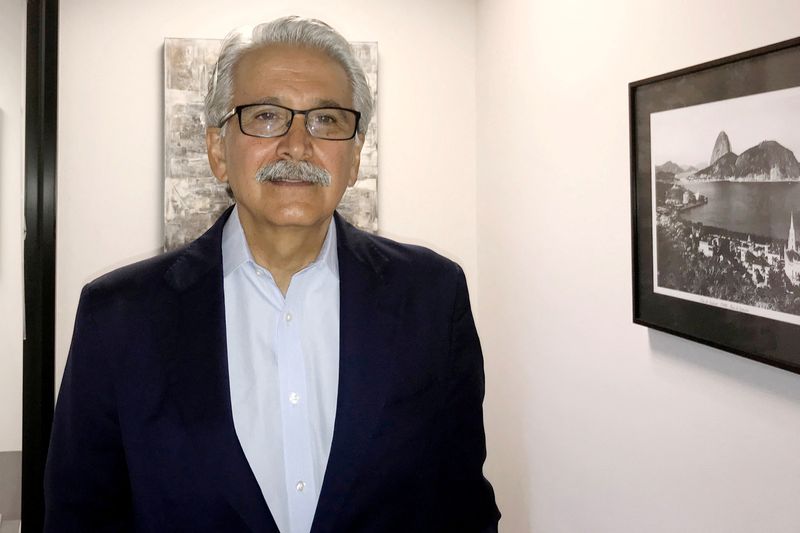 (Reuters, 21.Apr.2022) — Some U.S. oilfield firms whose Venezuelan operations were frozen by sanctions are joining an appeal to Washington for authorizations to restart oil drilling in the South American country, according to eight sources with knowledge of the talks.

If they are allowed to resume work, Venezuela could quickly ramp up production capacity beyond 1 million barrels per day (bpd), analysts said.

The new supply could also fill a void left by U.S. ban on Russian energy imports over its invasion of Ukraine that has contributed to crude prices above $100 per barrel.

Schlumberger, Halliburton, Baker Hughes and Weatherford International have been barred since 2019 from helping Venezuelan state-run PDVSA and its joint ventures produce oil. Any easing by the U.S. Treasury Department of a restricted license the four companies share with Chevron Corp could let them expand operations.

Since the United States first imposed oil trading sanctions on Venezuela, many firms removed equipment and staff and wrote off hundreds of millions dollars of their assets there. But over a dozen rigs remain stored near the nation’s largest oilfields.

A high-level meeting last month between U.S. and Venezuelan officials opened the door to a possible return of Venezuela’s oil to the United States. Sanctions were first imposed in 2019 to choke oil exports and deprive Caracas of its main source of revenue in its bid to see the ouster of Venezuelan President Nicolas Maduro.

The talks coincided with Washington’s ban on Russian oil imports, a measure that will take full effect this week, potentially hurting U.S. refiners and contributing to rising fuel prices.

Oil companies that still have a presence in Venezuela could promptly reactivate equipment in the country, the sources said, potentially reviving crude output, which remains at 40% of pre-sanction levels.

Several U.S.-based and local oilfield firms have approached the chamber to express their desire to resume work in Venezuela, he added, declining to provide details on the talks.

Baker Hughes said it would not comment on speculation or future activity. Schlumberger said its policies do not permit lobbying or political contributions. Halliburton declined to comment on future plans in Venezuela.

Investment firm Amos Global Energy has submitted requests to the United States to participate in Venezuela’s energy sector and has an oilfield company ready to provide services if granted, founder Ali Moshiri said.

Weatherford and PDVSA did not reply to requests for comment.

Chevron has requested authorization from U.S. President Joe Biden’s administration to take operating control of its projects with PDVSA. The oil major also has begun readying a team for returning Venezuelan crude to the United States.

But U.S officials are still debating whether to revamp the current license, set to expire in June, sources in Washington familiar with the talks said. The move would be widely seen as an easing of U.S. sanctions on Venezuela’s oil sector.

Prospects for a change dimmed after an outcry from Republican lawmakers and some of Biden’s fellow Democrats following the Caracas talks. U.S. officials are mindful that there could be further blowback if it proceeds, the people added.

Some U.S. oilfield firms have communicated individually to the U.S. Treasury through intermediaries support for Chevron’s efforts to get an expanded license and could provide services if an approval is granted, one of the Washington sources said.

The talks were not made through formal lobbying, according to two company sources.

Even though the companies’ current petition is for resuming some operations using mothballed drilling units in Venezuela, they hope to later secure U.S. permits to bring in additional equipment, the person added.

Small firms hired by PDVSA since 2021 to revive oil output mainly by coil tubing techniques and well maintenance have helped stop a free-fall in production and exports.

But Venezuela’s active drilling rig count remains at zero since 2020, versus 87 units in 2013, according to Baker Hughes’ statistics. A portion of equipment once operated by local contractors and Russia-controlled firms is now inactive.

Only a handful of big drilling rigs are deployed in the Orinoco Belt, Venezuela’s main oil region, and the ones there – including two 2,000 horsepower (HP) modular rigs and a 1,500 HP rig – are idled over unpaid bills, a source from a joint venture between PDVSA and a Russia-owned company said.

Of the four service firms that share Chevron’s license, Schlumberger has some 15 rigs stored in Venezuela, the largest inventory of mothballed equipment by a U.S. company. The others have mostly moved rigs out of the country or have liens on equipment that must be resolved before resuming work, three of the sources said.

Another U.S. company has 10 inactive workover rigs in Venezuela ready to resume work if restrictions are eased, said Amos Global’s Moshiri, who declined to identify the firm.

Because U.S. sanctions prohibit any financial transactions with PDVSA, some firms have been trying for months to structure proposals that would allow them to get paid by partners or joint ventures authorized by Washington.

“We have discussed oil trading options so proceeds from sales could go to trustees through transparent payment structures,” Quintero said. “Cash flow would be confined to oil projects and the state would receive royalties and taxes.”

Reporting by Marianna Parraga and Gary McWilliams in Houston, Matt Spetalnick in Washington and Deisy Buitrago in Caracas. Additional reporting by Liz Hampton in Denver, Tibisay Romero in Valencia and Mircely Guanipa in Maracay, Venezuela; Editing by Marguerita Choy