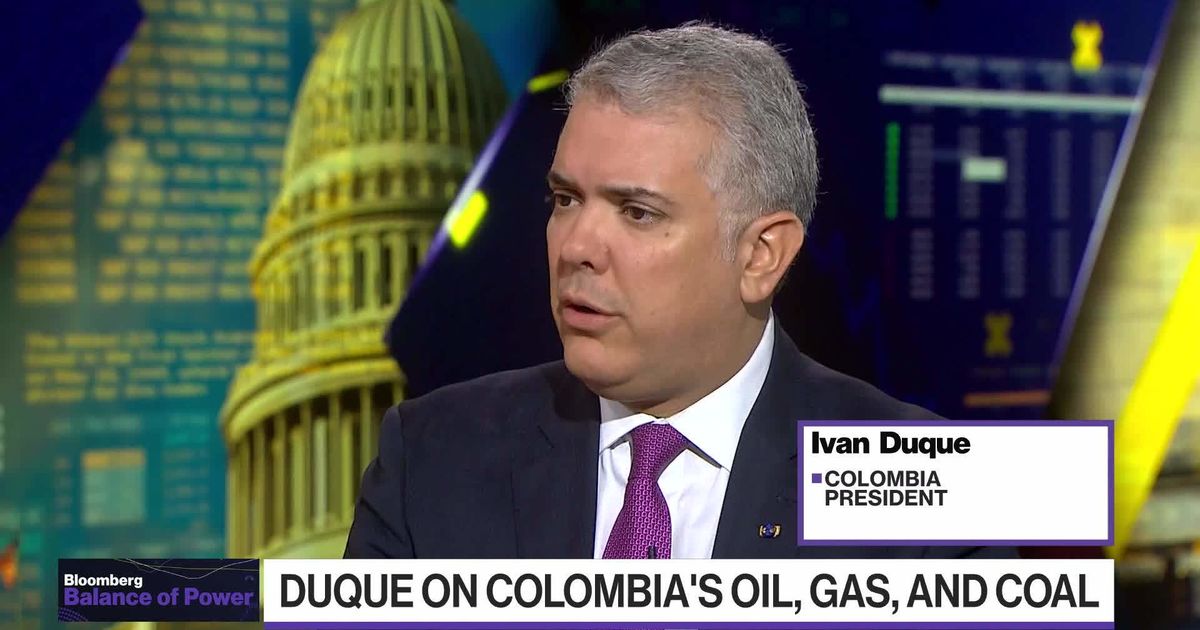 (Energy Analytics Institute, 14.Apr.2022) — Colombia’s President Iván Duque talked about Colombia’s oil production potential, coal production, and Colombia’s relationship with the US during a televised interview with Bloomberg during his trip to New York. Excerpts from his interview follow.

— Colombia has a chance to sale more oil and gas in coming year: Duque

— Duque indirectly highlighted Ecopetrol’s activities in the US Permian and others offshore Colombia between Ecopetrol and Shell Colombia related to their Gorgon-2 exploration well. The Gorgon-2 was spud in late-Mar. 2022 and is chasing what could be north of 6-7 Tcf of gas, Ecopetrol CEO Felipe Bayón said last month in Houston.

— Most of Colombia’s production in 2022 has already been sold: Duque

— “Colombia can quickly because of the investment that is taking place, maybe climb to 1.5 million eventually to 2 million barrels per day in the next four years. Obviously, if we are successful on the offshore drilling to be developed with US corporations, but more importantly Colombia today is getting close to 1 million barrels per day. So, Colombia today can become a strategic energy supplier not only to the US but to other markets around the world:” Duque

— “There is no way you can swap a dictatorship for oil, that won’t work:” Duque said referring to a question about Venezuela’s political crisis and its President Nicolás Maduro.