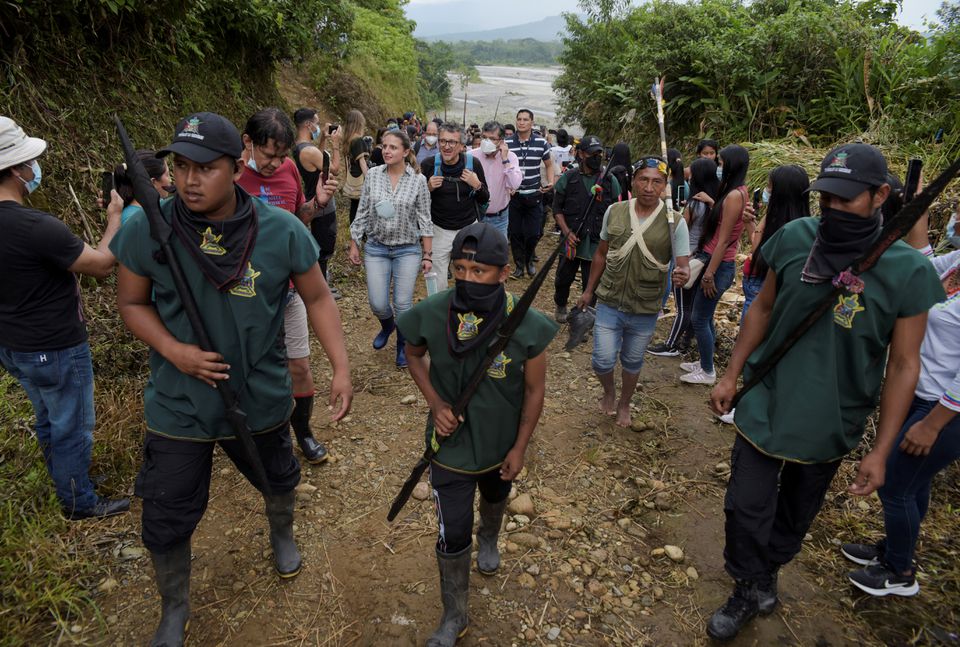 (Reuters, 18.Jan.2022) — Indigenous communities in Ecuador on Tuesday presented hundreds of thousands of signatures to the country’s top court to demand their right to make final decisions on use of ancestral lands they say are threatened by expansion of extractive projects.

The indigenous A’i Cofan and Waorani communities, from the Sinangoe village and Pastaza province respectively, collected more than 365,000 signatures from around the world to present to Ecuador’s Constitutional Court, where they demanded guarantees for their right to prior and informed consent on extractive projects.

Prior consultation on extractive industries is already available to communities living near proposed projects in neighboring Colombia and Peru.

In recent years, both communities have won lawsuits in local courts to suspend mining and oil exploitation in their territories, which form some of Ecuador’s most diverse areas.

“We want the Constitutional Court to rule on the guarantee of our right to life,” Silvana Nihua, president of the Pastaza Waorani Organization, told journalists outside the court. “We have decided that our territory is not for sale.”

The Constitutional Court could rule on the A’i Cofan community’s demand regarding mining projects as soon as Wednesday, according to community leaders.

Last year, the court’s judges traveled to the community’s home in Ecuador’s jungle to listen to the indigenous people’s demands during a historic hearing.

A decision in favor of the communities would set a precedent regarding the rights of indigenous communities to free consent for proposed extractive projects.

The Constitutional Court was not immediately available to comment.

Conservative President Guillermo Lasso wants the mining sector to take a greater role in bringing in private investment and has also set his sights on doubling oil production, with such activities slated for environmentally sensitive areas.

“We have gold here but we don’t want to exploit it because the mining company will keep damaging our territory,” Victor Quenama, A’i Cofan community president for Sinangoe, told reporters.

“We defend our river, wood and animals, because these are our supermarkets and pharmacies,” he said.