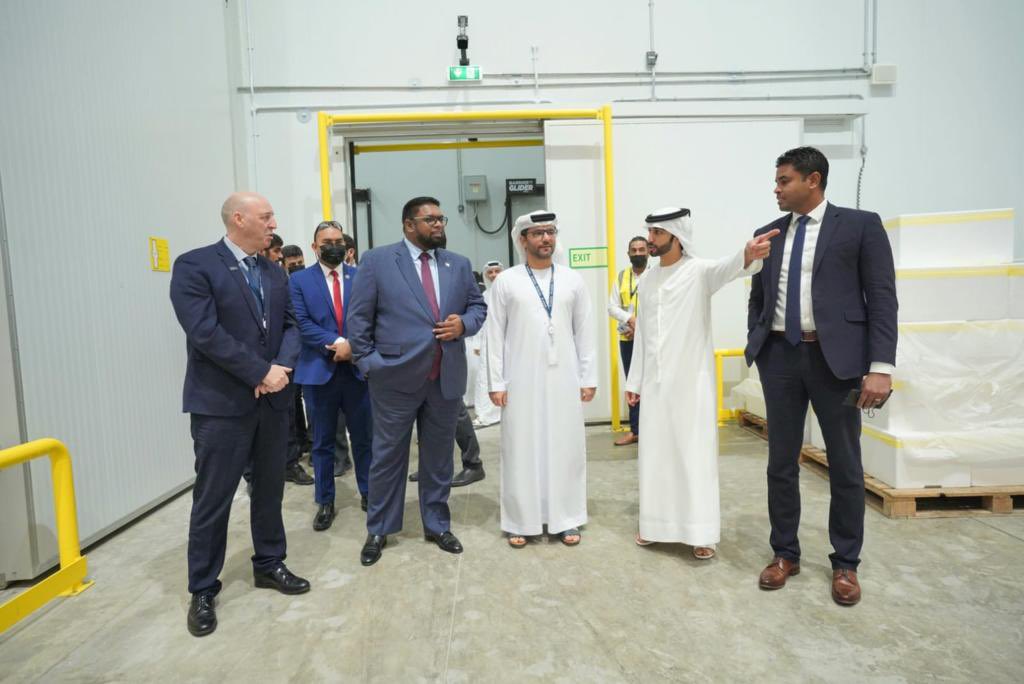 (Energy Analytics Institute, 21.Oct.2021) — Energy briefs including details of Guyana’s President Irfaan Ali courting investors in the UAE; the repercussions in Caracas from the extradition of Alex Saab to Miami from Capo Verde, and Shell Trinidad and Tobago eyeing finally signing a PSC for development of the 2.7 Tcf Manatee gas field.

— The gov’t of Guyana’s President Irfaan Ali and numerous ministers are visiting Dubai and Abu Dhabi as part of Expo 2020 Dubai and conducting ongoing meetings. “If you are looking for investment opportunities, Guyana is a place on which to be setting your sights,” Guyana’s office of the president announced over Twitter on 20 Oct., citing Ali who added his gov’t. would work on facilitating more investor-friendly polities.

— Guyana plans to restart talks w/ India related to the sell the govt’s share of crude as output rises next yr, the South American nation’s VP told Reuters on 21 Oct.2021

— “The news that Shell and the government have reached agreement on the terms of a new Production Sharing Contract (PSC) for Block 6d which is where the Manatee field is located is good news for an embattled Trinidad energy sector which is now seeing natural gas production now at 2004 levels, former Trinidad energy minister Kevin Ramnarine wrote 21 Oct. via LinkedIn. “However it would be useful to know when the PSC will be signed, when the project will realize sanction, and when first gas is expected? Finally, it must always be remembered that Manatee is part of a cross border reservoir system with the Loran side being in Venezuelan waters. Are there risks to developing a natural gas field that is shared with Venezuela?

— The extradition of Alex Saab, the so-called deal maker for the gov’t of Venezuela’s President Nicolas Maduro, from Cape Verde to Miami has set off a chain reaction of events from Mexico City to Caracas. In Mexico City, Saab’s extradition caused Venezuela’s ruling party to skip out on the third round of negotiations with the country’s opposition aimed at resolving an ongoing political crisis. In Caracas, the extradition caused the ruling party there to return the infamous Citgo-6 back to jail from house arrest.

— Royal Dutch Shell plc named Wael Sawan as Integrated Gas and Renewable and Energy Solutions (R&ES) director and Zoë Yujnovich as upstream director. Both appointments are effective 25 Oct. 2021, the co. said 15 Oct. in an official stmt. Wael, currently Upstream director, will remain a member of the executive committee in his new role. He replaces Maarten Wetselaar, who will depart the co. after 25+ yrs of service, to take over as CEO of Cepsa effective 1 Jan. 2022.