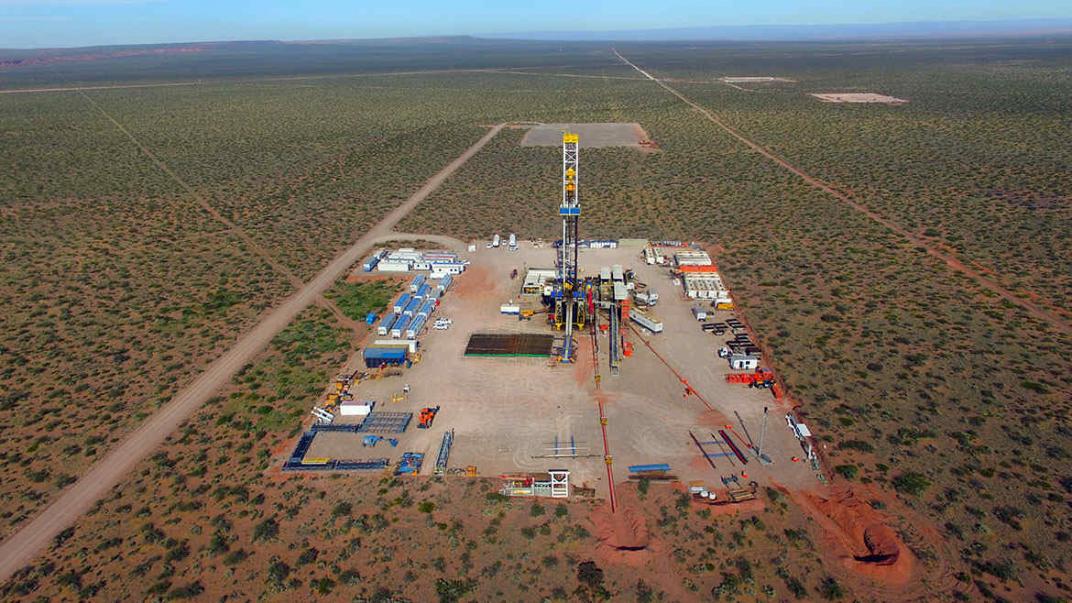 (New York Times, 14.Oct.2021) — After years of pumping more oil and gas, Western energy giants like BP, Royal Dutch Shell, Exxon Mobil and Chevron are slowing down production as they switch to renewable energy or cut costs after being bruised by the pandemic.

This massive shift could reverse a decade-long trend of rising domestic oil and gas production that turned the United States into a net exporter of oil, gasoline, natural gas and other petroleum products, and make America more dependent on the Organization of the Petroleum Exporting Countries, authoritarian leaders and politically unstable countries.

The push by governments to increase oil and gas production means it could take decades for global fossil fuel supplies to decline unless there is a sharp drop in demand for such fuels.

President Biden has effectively accepted the idea that the United States will rely more on foreign oil, at least for the next few years. His administration has been calling on OPEC and its allies to boost production to help bring down rising oil and gasoline prices, even as it seeks to limit the growth of oil and gas production on federal lands and waters.

The administration’s approach is a function of two conflicting priorities: Mr. Biden wants to get the world to move away from fossil fuels while protecting Americans from a spike in energy prices. In the short run, it is hard to achieve both goals because most people cannot easily replace internal-combustion engine cars, gas furnaces and other fossil fuel-based products with versions that run on electricity generated from wind turbines, solar panels and other renewable sources of energy.

Western oil companies are also under pressure from investors and environmental activists who are demanding a rapid transition to clean energy. Some U.S. producers have said they are reluctant to invest more because they fear oil prices will fall again or because banks and investors are less willing to finance their operations. As a result, some are selling off parts of their fossil fuel empires or are simply spending less on new oil and gas fields.

That has created a big opportunity for state-owned oil companies that are not under as much pressure to reduce emissions, though some are also investing in renewable energy. In fact, their political masters often want these oil companies to increase production to help pay down debt, finance government programs and create jobs.

Saudi Aramco, the world’s leading oil producer, has announced that it plans to increase oil production capacity by at least a million barrels a day, to 13 million, by the 2030s. Aramco increased its exploration and production investments by $8 billion this year, to $35 billion.

“We are capitalizing on the opportunity,” Aramco’s chief executive, Amin H. Nasser, recently told financial analysts. “Of course we are trying to benefit from the lack of investments by major players in the market.”

Aramco not only has vast reserves but it can also produce oil much more cheaply than Western companies because its crude is relatively easy to pump out of the ground. So even if demand declines because of a rapid shift to electric cars and trucks, Aramco will most likely be able to pump oil for years or decades longer than many Western energy companies.

“The state companies are going their own way,” said René Ortiz, a former OPEC secretary general and a former energy minister in Ecuador. “They don’t care about the political pressure worldwide to control emissions.”

The global oil market share of the 23 nations that belong to OPEC Plus, a group dominated by state oil companies in OPEC and allied countries like Russia and Mexico, will grow to 75 percent from 55 percent in 2040, according to Michael C. Lynch, president of Strategic Energy and Economic Research in Amherst, Mass., who is an occasional adviser to OPEC.

If that forecast comes to pass, the United States and Europe could become more vulnerable to the political turmoil in those countries and to the whims of their rulers. Some European leaders and analysts have long argued that President Vladimir V. Putin of Russia uses his country’s vast natural gas reserves as a cudgel — a complaint that has been voiced again recently as European gas prices have surged to record highs.

Other oil and gas producers like Iraq, Libya and Nigeria are unstable, and their production can rise or fall rapidly depending on who is in power and who is trying to seize power.

“By adopting a strategy of producing less oil, Western oil companies will be turning control of supply over to national oil companies in countries that could be less reliable trading partners and have weaker environmental regulations,” Mr. Lynch said.

An over reliance on foreign oil can be problematic because it can limit the options American policymakers have when energy prices spike, forcing presidents to effectively beg OPEC to produce more oil. And it gives oil-producing countries greater leverage over the United States.

“Today when U.S. shale companies are not going to respond to higher prices with investment for financial reasons, we are depending on OPEC, whether it is willing to release spare production or not,” said David Goldwyn, a senior energy official in the State Department in the Obama administration. He compared the current moment to one in 2000 when the energy secretary, Bill Richardson, “went around the world asking OPEC countries to release spare capacity to relieve price pressure.”

This time, state-owned energy companies are not merely looking to produce more oil in their home countries. Many are expanding overseas.

“There is a lot of low-hanging fruit state companies can pick up,” said Raoul LeBlanc, an oil analyst at IHS Markit, a consulting and research firm. “It is a huge opportunity for them to become international players.”

Kuwait announced last month that it planned to invest more than $6 billion in exploration over the next five years to increase production to four million barrels a day, from 2.4 million now.

This month, the United Arab Emirates, a major OPEC member that produces four million barrels of oil a day, became the first Persian Gulf state to pledge to a net zero carbon emissions target by 2050. But just last year ADNOC, the U.A.E.’s national oil company, announced it was investing $122 billion in new oil and gas projects.

Iraq, OPEC’s second-largest producer after Saudi Arabia, has invested heavily in recent years to boost oil output, aiming to raise production to eight million barrels a day by 2027, from five million now. The country is suffering from political turmoil, power shortages and inadequate ports, but the government has made several major deals with foreign oil companies to help the state-owned energy company develop new fields and improve production from old ones.

Even in Libya, where warring factions have hamstrung the oil industry for years, production is rising. In recent months, it has been churning out 1.3 million barrels a day, a nine-year high. The government aims to increase that total to 2.5 million within six years.

National oil companies in Brazil, Colombia and Argentina are also working to produce more oil and gas to raise revenue for their governments before demand for oil falls as richer countries cut fossil fuel use.

After years of frustrating disappointments, production in the Vaca Muerta, or Dead Cow, oil and gas field in Argentina has jumped this year. The field had never supplied more than 120,000 barrels of oil in a day but is now expected to end the year at 200,000 a day, according to Rystad Energy, a research and consulting firm. The government, which is considered a climate leader in Latin America, has proposed legislation that would encourage even more production.

“Argentina is concerned about climate change, but they don’t see it primarily as their responsibility,” said Lisa Viscidi, an energy expert at the Inter-American Dialogue, a Washington research organization. Describing the Argentine view, she added, “The rest of the world globally needs to reduce oil production, but that doesn’t mean that we in particular need to change our behavior.”

Clifford Krauss is a national energy business correspondent based in Houston. He joined The Times in 1990 and has been the bureau chief in Buenos Aires and Toronto. He is the author of “Inside Central America: Its People, Politics, and History.” @ckrausss