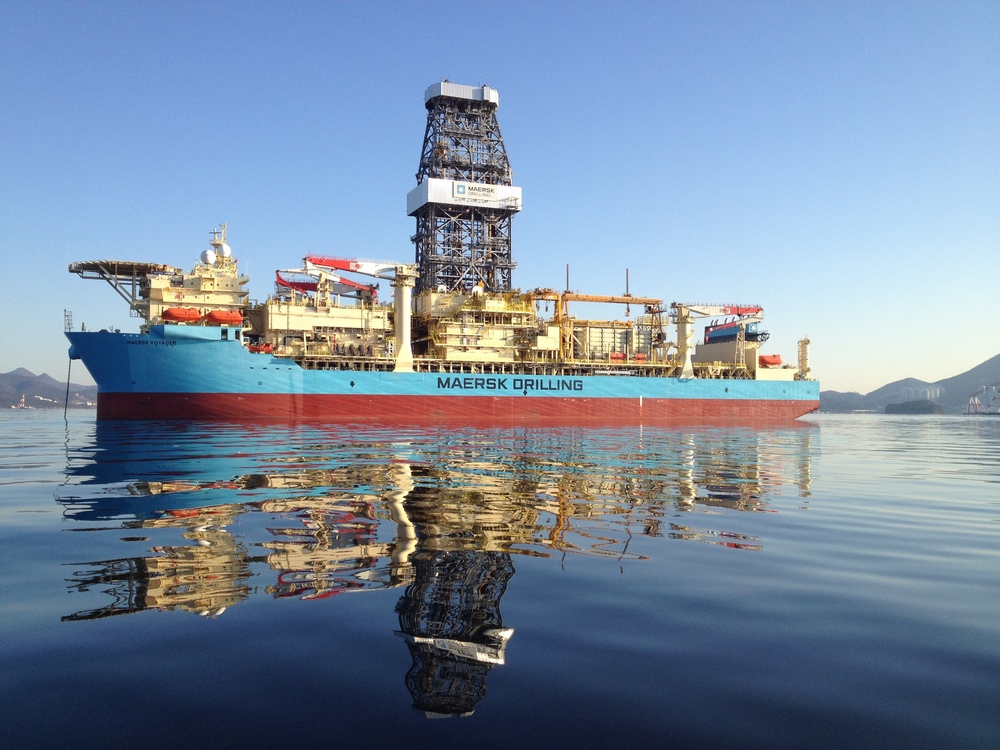 (Maersk Drilling, 15.Oct.2021) — TotalEnergies E&P Angola has exercised an option for the 7th generation drillship Maersk Voyager to drill the ultra-deepwater Ondjaba-1 exploration well in Angola’s Block 48. The contract extension has an estimated duration of 54 days, which means that Maersk Voyager is now contracted until February 2022. The work on Ondjaba-1 commenced in October 2021, after which the rig is scheduled to move to Namibia to drill the Venus well. One one-well option remains on the contract.

The Ondjaba-1 well will be drilled at a new world record water depth of 3,628 m. The current world record is 3,400 m, set by Maersk Voyager’s sister drillship Maersk Venturer when it drilled the Raya-1 well for TotalEnergies offshore Uruguay in 2016.

“We’re thrilled to be able to confirm that we indeed will be drilling for a new world record. Ondjaba-1 was part of Maersk Voyager’s original contract in Angola, but the rig’s drilling programme has undergone several changes due to the unprecedented circumstances the world has faced since early 2020. With this contract option called, we’re now looking forward to proving that Maersk Drilling and the highly capable Voyager crew can once again break existing boundaries in close collaboration with TotalEnergies,” says COO Morten Kelstrup of Maersk Drilling.

Maersk Voyager is a high-spec ultra-deepwater drillship which was delivered in 2014. It is currently operating offshore Angola for TotalEnergies.