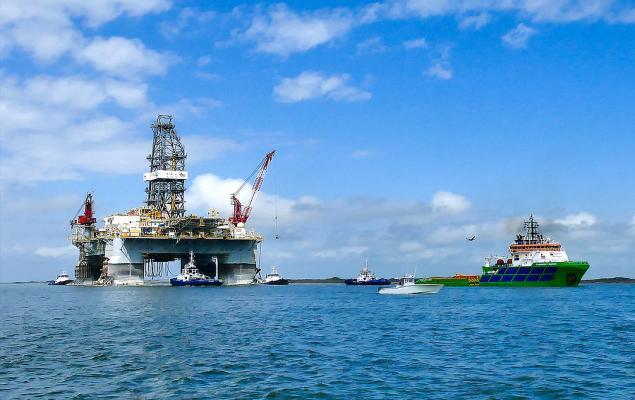 (Reuters, 7.Oct.2021) — Brazil state oil giant Petrobras has chosen a consortium of PetroRio SA and Cobra, a subsidiary of France’s Vinci SA, as the top bidder for its Albacora offshore oilfield, four people with knowledge of the matter said.

Both consortia also submitted offers for the neighboring Albacora Leste oilfield, Reuters reported in August. The exact values of the bids were unclear, though Petrobras, formally known as Petroleo Brasileiro SA, said in late September that the offers received “could exceed $4 billion for both fields”.

Petrobras is currently selling off dozens of assets in a bid to reduce debt and sharpen its focus on a prolific, offshore oil producing area known as the “pre-salt” zone.

Albacora produced 43,000 barrels of oil equivalent per day (boepd), according to documents released by Petrobras when the company launched the sale process in 2020. Albacora Leste produced 34,000 boepd at that time.

Petrobras is now expected to enter into bilateral negotiations for the Albacora field with the consortium led by independent oil producer PetroRio, the sources said.

However, Petrobras has decided to hold a re-bid for Albacora Leste, the people with knowledge of the matter said on Wednesday, effectively scuttling the results of the original bidding round for that field.

Reuters was not able to determine the reasons for the re-bid. Petrobras has previously held new bidding rounds for assets when the offers submitted in the original round were very similar in value.