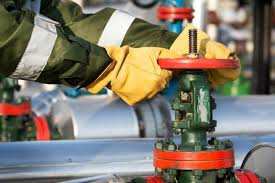 On 24 March 2021, the Office of the Attorney General of Colombia (Procuraduría General de la Nación) approved the conciliation agreement between Frontera, CENIT and Bicentenario. Delivery of the favorable opinion by the Procuraduría General de la Nación represented the first of two stages of review of the conciliation agreement.

The conciliation agreement is before the Administrative Tribunal of Cundinamarca, which constitutes the second and final stage of approvals, and would resolve all the disputes between the parties related to the Bicentenario Pipeline and the Caño Limón – Coveñas Pipeline, and would terminate all the pending arbitration proceedings related to such disputes.

The parties remain confident of the merits of the conciliation agreement that was previously approved by the Procuraduria General de la Nación.

All the Frontera subsidiaries involved in those proceedings are also parties to the agreement, and references to Frontera include such subsidiaries. The terms of the Conciliation Agreement remain the same as previously announced by the company on 17 November 2020.