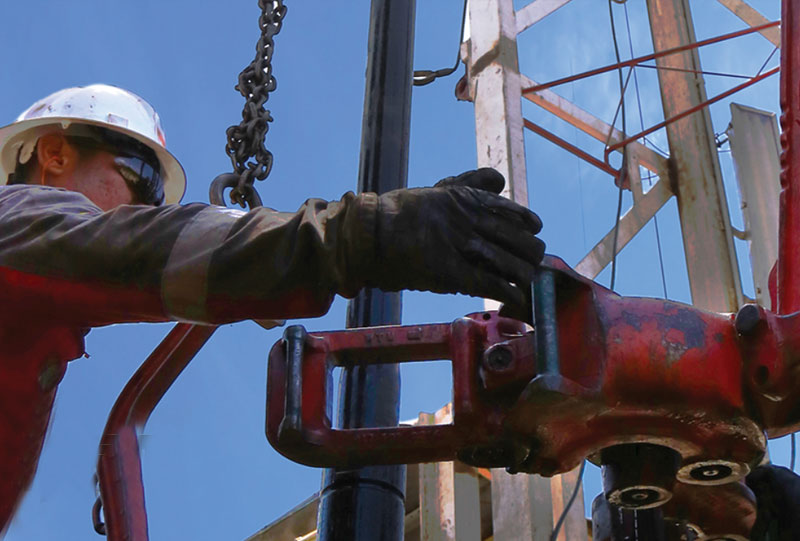 — As has been widely reported in the media, there are a number of protests and blockades across Colombia. Several key transportation routes have been blockaded throughout the country, actions which have led to food, fuel and medicine shortages in both urban and rural communities. All Colombian industries have been widely and negatively impacted as mobility is currently very restricted.

— The protests initially did not impact the Colombian operations of Gran Tierra and other energy companies. However, in the last few days, blockades of key roads have started to cause the temporary shut-in of some oil wells and oil fields throughout Colombia and are now affecting almost all energy companies in the country.

— A National Strike Committee, which includes government and major union representatives, has been created to foster national dialogue and began meeting last week in order to negotiate an end to the protests and the blockades.

RELATED STORY: GeoPark Reports on the Ongoing Situation in Colombia

— Road blockades in the Putumayo Basin and the Middle Magdalena Valley Basin (the “MMV”) have caused Gran Tierra to temporarily reduce oil production from the company’s operations. Though these blockades are not directed at Gran Tierra, they are currently impeding the company’s mobilization of supplies, food, water, fuel and oil sales, all of which are necessary for operations.

— As of 16 May 2021, Gran Tierra has shut-in production of approximately 5,250 bopd, leaving the company’s total current production at approximately 24,350 bopd, down from a recent level prior to the national blockades of about 29,600 bopd.

— If the National Strike Committee is successful at negotiating an end to the blockades of key transportation routes, Gran Tierra expects to be able to restore the shut-in production in a matter of one to two weeks.

— Assuming a lifting of blockades within the next two weeks, Gran Tierra expects to maintain the company’s 2021 production guidance of 28,000-30,000 bopd.

— However, if the current blockade situation worsens, Gran Tierra may have to shut-in additional production.

— With the proper and safe shut-in of certain wells and fields in connection with the company’s temporary oil production reductions, Gran Tierra is confident that production can be resumed efficiently to the same pre-suspension production levels once the blockades are lifted.

— Gran Tierra also believes that these temporary shut-ins will not have any negative impact on the company’s oil reserves.

— Gran Tierra’s oil fields have previously demonstrated their resiliency during 2020 when world oil prices crashed. At that time, the company temporarily shut-in some wells and fields to protect the balance sheet and liquidity.

— Those temporary shut-ins in 2020 had no negative impact on Gran Tierra’s oil production capacity and reserves, as clearly demonstrated by the company’s ability to restore total production to its current capacity of 28,000-30,000 bopd and the company’s strong 2020 year-end oil reserves replacement.

– The company has successfully finished its 2021 development drilling campaign of 3 new oil wells, prior to any impact from the national protests. Currently, none of these 3 wells are on production, but Gran Tierra expects to bring them all on-line by the end of the second quarter of 2021.

– Several blockades in the southern Putumayo have caused Gran Tierra to temporarily shut-in the Suroriente and PUT-7 Blocks, representing production of approximately 3,000 bopd and 800 bopd, respectively.

– Gran Tierra’s operations team is ready to safely and quickly restore production from these fields once the blockades are lifted.

– The company has successfully finished its 2021 development drilling campaign of 11 new oil wells and 2 new water injection wells, prior to any impact from the national protests.

– With regional blockades affecting the company’s ability to transport oil sales to some delivery points, Gran Tierra has temporarily slowed down some wells’ production rates and shut-in certain other wells.

– Gran Tierra’s operations team is ready to safely and quickly restore production from these wells once the blockades are lifted.

— As of 16 May 2021, the company has also reduced production from its minor fields to approximately 2,250 bopd, down 150 bopd from a recent level prior to the national blockades of about 2,400 bopd.

Gary Guidry, President and Chief Executive Officer of Gran Tierra, commented: “We have successfully completed our 2021 drilling program on time and under budget with excellent results. Assuming a near-term resolution to the blockades, we remain confident that Gran Tierra can safely and efficiently restore the company’s total oil production to its current productive capacity of 28,000-30,000 bopd, in the matter of several days to a few weeks. We believe our temporary production reductions are only a deferral, not a loss of oil reserves and that the high quality and value of our low-cost and low-decline conventional oil fields remain fully intact.”