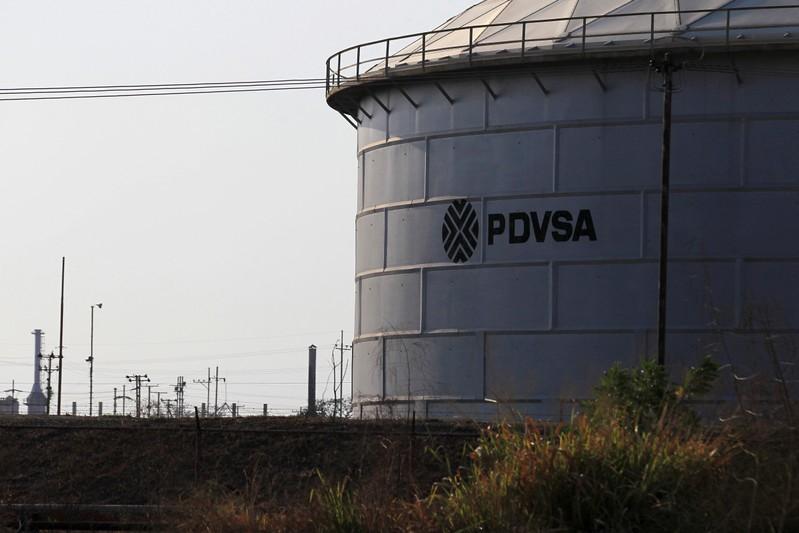 (Argus, 28.Feb.2020) — Venezuela’s PdV has exhausted its storage capacity and is now considering digging open-air pits to hold swelling stocks that US sanctions are keeping off the export market, according to multiple PdV upstream and marketing officials.

A presidential commission created on 19 February to reorganize PdV has instructed upstream managers to pinpoint any unused storage facilities that could be quickly repaired and brought back into service.

The government’s urgent search for salvageable storage infrastructure and internal discussions about the feasibility of oil pits to store crude near productive oil fields in the western, eastern and Orinoco divisions suggest that the recent expansion of US sanctions against PdV are further choking Venezuela’s oil exports.

The storage drive reflects government reluctance to shut in wells until export bottlenecks are resolved. Floating storage that would normally supplement onshore tanks is a limited option as well, because of the sanctions and PdV’s depleted fleet.

PdV currently has over 35mn bl of crude stored onshore and offshore. On paper the company has about 70mn bl of onshore storage capacity nationwide.

Almost half of the storage capacity has been shuttered during the past decade because of a lack of maintenance and deteriorated midstream infrastructure such as pipelines and pumps.

Venezuela is currently producing around 700,000 b/d of crude, compared with more than 2.5mn b/d a decade ago.

PdV’s western division reports that storage around Lake Maracaibo are filled to capacity, including tanks at La Salina, Punta Gorda, Tia Juana, Lagunillas and Bachaquero. Storage facilities also are at maximum capacity at the Puerto Miranda and Bajo Grande terminals on Lake Maracaibo.

Elsewhere in Venezuela, storage also is replete at PdV’s 940,000 b/d CRP refining complex, which includes the 635,000 b/d Amuay and 305,000 b/d Cardon refineries. The complex is processing barely 10pc of its combined nameplate capacity.

Storage facilities at the idle 140,000 b/d El Palito refinery in Carabobo state and the 190,000 b/d Puerto La Cruz refinery in Anzoategui state also are filled to capacity, officials at both refineries confirmed.

There is little available storage capacity at the Jose terminal either, a PdV union official said.

PdV’s forced discharge this month of about 960,000 of diluted crude oil (DCO) stranded aboard the Gerd Knutsen tanker since early 2019 was interrupted for several days because there was no available storage capacity at Jose, the oil union official said.