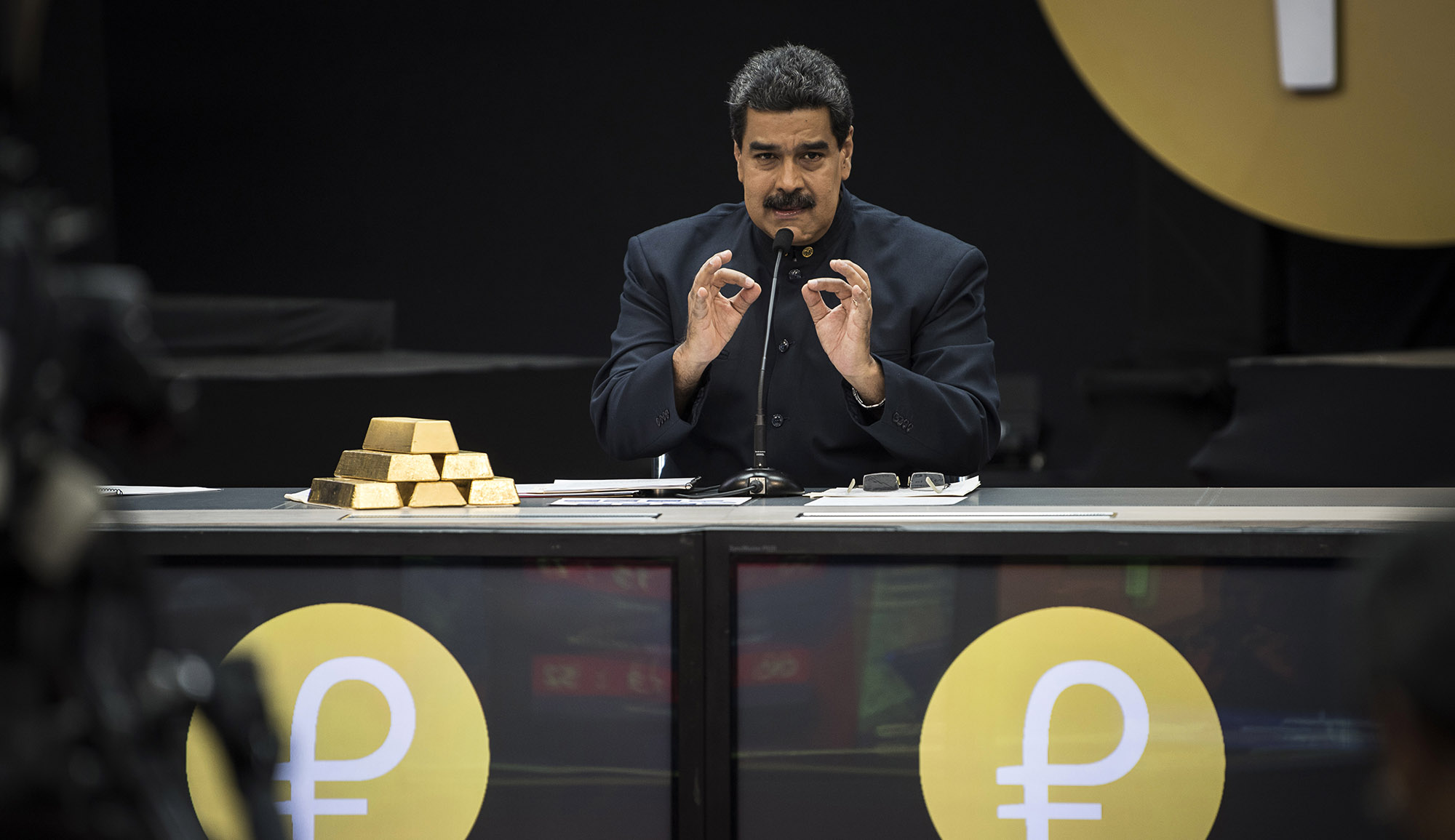 (Bloomberg, 16.Jan.2020) — Some buyers of Venezuelan crude oil have halted purchases after the country started demanding payment of port fees in its failed cryptocurrency.

Exports of at least 1 million barrels of oil were put on hold after the government announced this week that certain maritime fees, currently paid in euros, must be paid in Petros starting Monday, according to people with knowledge of the situation. Buyers worry the payment may be in violation of sanctions after the U.S. targeted the cryptocurrency, calling it a “scam.”

The oil-rich nation launched the Petro two years ago as a way to navigate wide-reaching U.S. sanctions that have cut off Venezuela from international capital markets. Although banners with the Petro symbol adorn government buildings in downtown Caracas, it’s largely ignored by Venezuelans who don’t know how or where to buy it. It’s backed by the country’s oil reserves, the world’s largest.

The move to require payments in Petros is an attempt to boost the crypto and help Venezuelan President Nicolas Maduro’s reduce his country’s dependence on foreign currencies. It comes as crude exports are starting to recover from U.S. sanctions on Venezuela and its oil company, Petroleos de Venezuela SA. Oil exports rebounded in December, surpassing the 1 million-barrel-a-day mark for the first time since February.

Crude buyers typically use shipping agencies based in Venezuela to pay port fees. Although buyers are not directly involved, at least one company last year included a clause prohibiting shipping agents from using money transfers to buy digital currencies in Venezuela after the Petro was sanctioned in March 2018, according to a document seen by Bloomberg.

Most companies taking Venezuelan crude no longer pay cash. Instead, they engage in swap transactions, where they take crude oil in exchange for gasoline or diesel. Others, like Eni SpA and Repsol SA, get oil in payment for old debts.