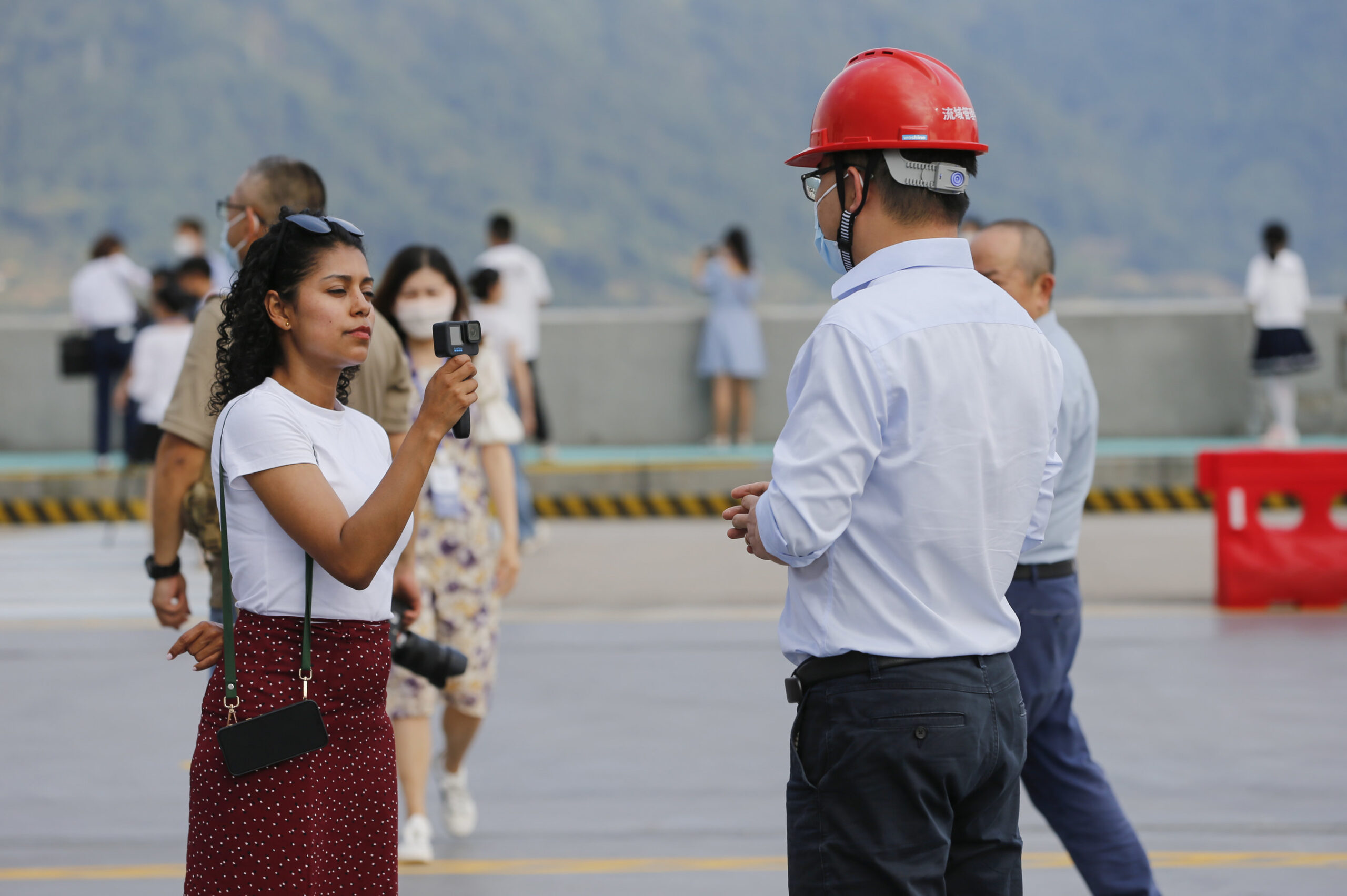 The Yangtze River Rare Plant Research Institute is located in the Three Gorges Dam area and is also known as the Kingdom of Plants. Over the past few decades, the institute has cultivated hundreds of thousands of plants through seed introduction, traditional breeding and laboratory tissue culture, expanding the number of protected plant species from 560 to 1,181, while enlarging the scope of protection from the Three Gorges Reservoir area to the upper and middle reaches of the Yangtze River.

At the Yangtze River Rare Fish Conservation Center (Chinese Sturgeon Research Institute), the assemblage of ambassadors and media professionals took a closer look at the conservation, breeding and release of Chinese sturgeon. Since 1984, the institute has released 65 batches containing in total nearly 5.3 million fish. The success, the result of the joint efforts of five generations of sturgeon protectors over a 40 year period, left a deep impression on Max, an online blogger from Mexico. He said that Chinese sturgeon is listed as critically endangered by the International Union for Conservation of Nature (IUCN), and the work done by the Three Gorges Corporation is of great significance to the population breeding of what was until relatively recently, a nearly extinct fish.