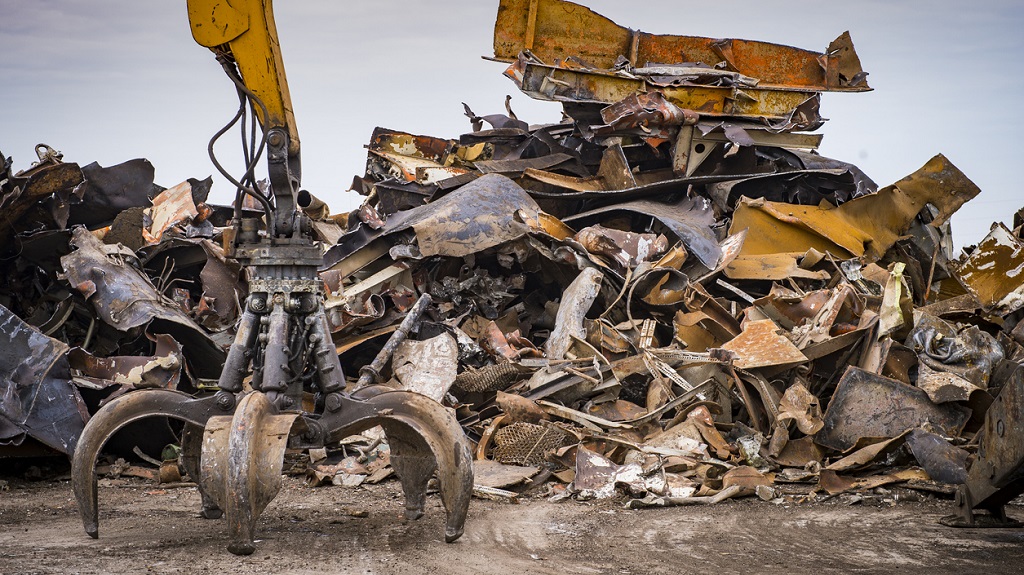 (Trinidad and Tobago Newsday, 15.Aug.2022) — The government has imposed a six-month ban on the export of old and scrap iron to deal with the theft and vandalism of state and private assets.

Under the Customs Act, the ban on all scrap metal exportation came into effect on August 12, after Cabinet met last Thursday and agreed to accept the recommendation of a prohibition order brought by the Attorney General.

It was only announced on Monday afternoon at a joint news conference held by Minister of National Security Fitzgerald Hinds and Attorney General Reginald Armour.

Perpetrators will be liable to a $15,000 fine under the 1904 Metal and Marine Stores Act or a $1000 fine and/or imprisonment of 12 months under the Trade Ordinance.

In the next three months, Armour will review the industry and draft a regulatory framework so that by November he could approach Cabinet again with the proposed legislation aimed at monitoring and reducing the illegal trade in scrap iron and metal.

He will also look at regional and international scrap-iron exportation legislation and make recommendations to amend existing regulations.

“It’s a very reluctant decision the Cabinet has come to. We have attempted to keep it within proportion, that is to say, six months, to February 23, and to allow for an even shorter period of three months if the AG is able to persuade the Cabinet.”

Once Cabinet is satisfied and persuaded by his proposals, the ban will be lifted.

If not, the restrictions will remain in effect for the following three months to give the government more time to draft practical legislation.

This move comes two weeks after Hinds signalled the government’s intention to introduce restrictions on the industry. Soon afterwards, the Finance and General Purposes sub-committee of the Cabinet met and finalised plans to bring the ban into effect.

Last week the sub-committee reported to the Cabinet that the situation needed “urgent short-term action so enable the government to bring the crisis under control,” Armour added.

Recently police recovered over $1 million in iron I-beams and steel poles belonging to the Ministry of Works which were found at a scrap-iron yard in central Trinidad.

TSTT and WASA have been severely hit by vandals, who have carted off millions of dollars’ worth of cable.

On August 4, vandals attacked WASA’s California Booster Station, carting off electrical cables. The estimated cost of the damage is $400,000 and the timeframe for repairs was said to be between three-four weeks.

On July 31, TSTT underground cables were stolen. causing a disruption of services throughout the country.

Before this, on June 26, approximately $115,000 in copper and batteries went missing at the National Gas Company’s Hamilton Trace, Moruga, station.

In early August, copper thieves escaped with 60 feet of copper cable and two three-way standby antennas worth $300,000 from a radio station. A reward of $100,000 was offered for information leading to the arrest of the perpetrators.

Armour said while he understands the ripple effects of this move on scrap-iron dealers, the trade has been turned into an illegal business and the government must regain control.

Until the ban is lifted, he said. a subcommittee will work closely with Minister of Trade Paula Gopee-Scoon, Hinds and Energy Minister Stuart Young to review and grant licences to permit the handling of certain types of materials that fall under the ban.

Only manufacturers who “export old material as a by-product of manufacturing goods or a surplus material not required for manufacturing them and old metal and scrap iron defined in that order” will be granted such a permit.

“Our intention is to keep the legitimate industry alive. but under constant review under this six-month period, so there would be no loopholes through which any illicit undertaking would continue.”

President of the Scrap Iron Dealers Association Allan Ferguson told Newsday he is in talks with his attorneys and will speak publicly on the matter on Tuesday.

He described the situation as “putting your children in a room without something to eat and telling them, ‘I’ll come back for you in six months.’”

Armour said the next six months will be used to review the old legislation and update the register system of scrap dealers and buyers.The target is to have a regular inspection and monitoring regime.

“This register will, under the new legislation, be available on our website so that everybody will know who is dealing in this trade. It will also give enhanced powers to the police to enter premises of offences suspected of being committed and also to inspect containers in which scrap metal is stowed before exportation.”

All this will be done with the consultation of all stakeholders.

According to the Central Statistical Office, scrap-metal exports escalated from $69 million in 2009 to $216 million in 2018 and have continued to grow.

But in the past two years, the number of perpetrators arrested for illegal trade and theft of scrap iron has doubled.

Police data revealed in 2020 there were 58 reports of scrap-iron theft and they arrested 30 people. In 2021, police responded to 87 reports and 52 people were brought before the court.

Between January and August this year, a total of 162 reports were made and police arrested 136 people.