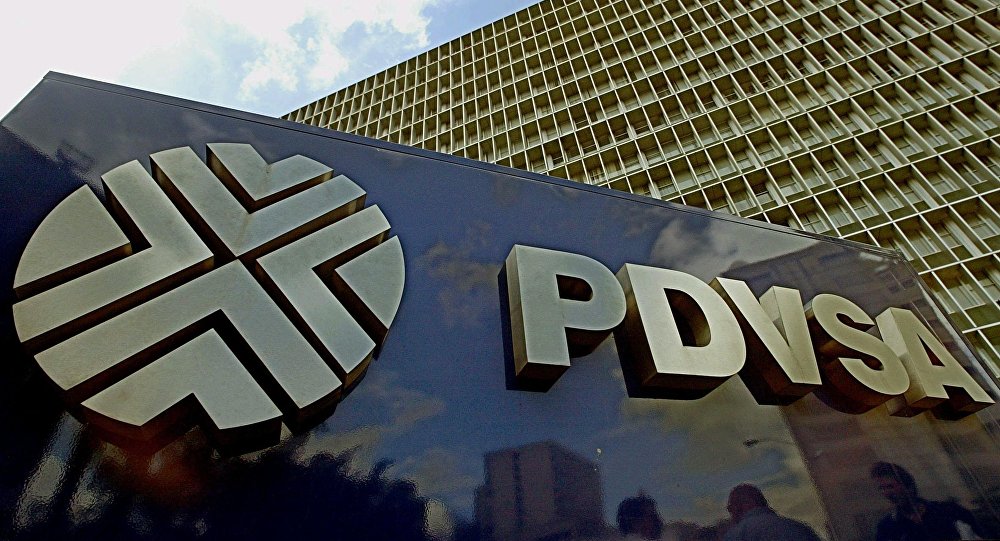 (Bloomberg, 27.Jan.2020) — Facing economic collapse and painful sanctions, the socialist government of Venezuelan President Nicolas Maduro has proposed giving majority shares and control of its oil industry to big international corporations, a move that would forsake decades of state monopoly.

Maduro’s representatives have held talks with Russia’s Rosneft PJSC, Repsol SA of Spain and Italy’s Eni SpA. The idea is to allow them to take over government-controlled oil properties and restructure some debt of state oil company Petroleos de Venezuela SA in exchange for assets, according to people with knowledge of the matter.

The proposal, which could offer a balm to the country’s disintegrating oil industry, is in early stages and faces major obstacles. Venezuelan laws would have to be changed, there is disagreement over how to finance the operations, and Washington’s sanctions bar any U.S. companies from doing business with the Maduro regime without a waiver. The sanctions have also discouraged non-U.S. firms from investing in Venezuela.

Once an admired state-dominated company producing 3.5 million barrels per day, PDVSA is pumping at a record-low of 700,000, despite sitting on the world’s largest known reserves. Foreign reserves have dwindled to the lowest in three decades, while the nation’s cash holdings total less than $1 billion.

For the U.S. Treasury to change its policy would almost certainly require sign-off from opposition leader Juan Guaido, who is backed by Washington over Maduro and is the leader of the National Assembly, where laws are passed.

While Guaido and the opposition favor increasing foreign participation and investment in Venezuela, they don’t want to do anything that would help Maduro survive. They are pushing for him to step down and permit new presidential elections.

Earlier this month, Maduro-backed troops kept Guaido out of the legislature while pro-government lawmakers selected a new head, Luis Parra. Guaido’s supporters then voted Guaido back in at an off-site meeting, so leadership of the assembly remains in dispute. One reason Maduro sought the new legislative leader was to make it easier to enact the required change in law, according to people familiar with the situation.

PDVSA is asking the companies for new investments while they would, if the proposal goes forward, want to be paid from operational flow, two people said. The talks have raised the possibility of turning into equity some of PDVSA’s debt to the companies, the people said.

PDVSA and Rosneft didn’t respond to a request for comment. Repsol declined to comment, as did Eni and the U.S. Treasury.

Several U.S. contractors, including Chevron Corp., have temporary licenses to operate in Venezuela. It is unclear what would happen to those licenses if the Maduro government were to proceed with this proposal.

Oil has long been Venezuela’s crown jewel, a resource so precious that stringent restrictions on foreign ownership and involvement are laid out in the constitution.

But the country’s crisis, a result of titanic mismanagement, plunging oil prices, corruption and foreign pressure, has caused Maduro to bend many socialist principles recently.

He has quietly ended currency and import controls, permitting the growth of a limited dollarized market economy. In a separate effort, he has also engaged in secret talks with holders of some $60 billion in bonds, some of them American, offering to pair them up with a foreign drilling company that would be granted the rights to oil fields as a means of their recouping debt, according to people familiar with the matter.