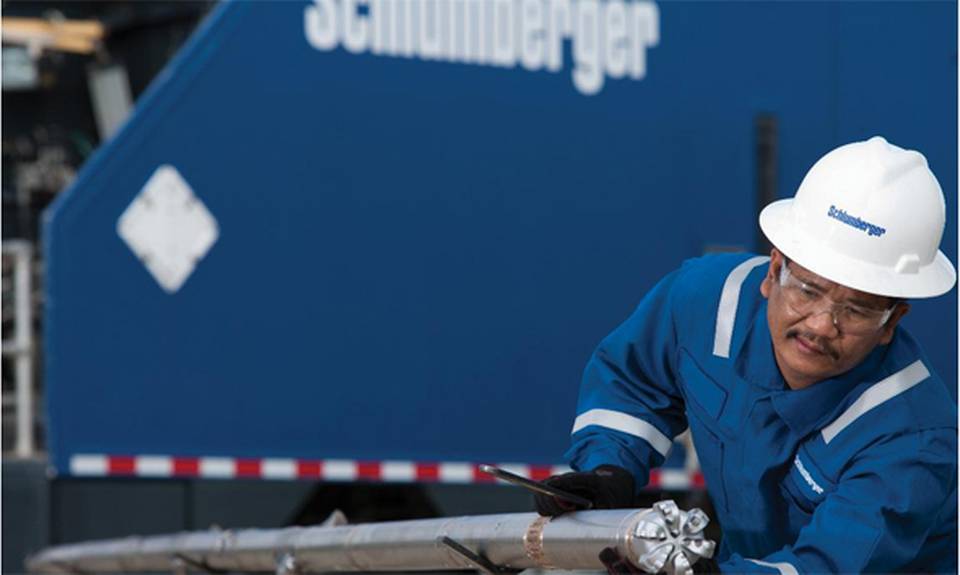 Schlumberger CEO Olivier Le Peuch commented, “The second quarter marked a significant inflection point for Schlumberger with a strong acceleration of revenue and earnings growth. Sequentially, revenue grew 14%, by more than $800 million; EPS—excluding charges and credits—increased 47%; and pretax segment operating margin expanded 212 basis points (bps). Growth was broad-based, driven by an increase in activity internationally, in North America, and across all Divisions. The quarter was also characterized by a favorable mix of exploration and offshore activity and the increasing impact of improved pricing, resulting in the largest sequential quarterly growth since 2010.

“The strength of our second-quarter outperformance highlights a firmly established growth inflection and our ability to comprehensively participate in drilling and completion activity growth globally. The multiyear upcycle continues to gain momentum with upstream activity and service pricing steadily increasing both internationally and in North America, resulting in a strengthened outlook for Schlumberger.

“As a result of this performance and based on our updated outlook for the remainder of the year, 2022 year-on-year revenue growth is now expected to be in the high-teens which translates to full-year revenue of at least $27 billion. “We expect this higher revenue to result in earnings that exceed our previous expectations, given our ambition to exit the year with adjusted EBITDA margins 200 basis points higher than in the fourth quarter of 2021,” Le Peuch said.

Second-Quarter Growth Broad-Based Across All Geographies

Second-quarter sequential revenue growth was broad-based, with international revenue increasing 12% and North America revenue growing 20%. International growth was widespread across all areas with more than 90% of our GeoUnits experiencing revenue growth. Growth was led by Europe/CIS/Africa which experienced 20% sequential growth due to higher Production Systems sales in Europe and Scandinavia, the seasonal drilling activity rebound in the Northern Hemisphere, and offshore activity increases in Sub-Sahara Africa benefitting all Divisions. Latin America sequential revenue growth of 10% was due to higher stimulation activity in Argentina, increased Production Systems sales in Brazil and Mexico, and higher offshore drilling in Guyana. Middle East & Asia revenue increased 7% sequentially due to higher drilling across Asia, particularly in China, Australia, and Indonesia, as well as multidivisional activity increases across the Middle East mainly in Oman, United Arab Emirates, Saudi Arabia, Egypt, and Iraq. In North America, sequential revenue growth of 20% was driven by a significant increase in land and offshore drilling activity and higher exploration data licensing in the US Gulf of Mexico.

Power of the Core—Complemented by Digital

Sequentially, all Divisions posted double-digit revenue growth—outpacing rig count growth both in North America and internationally. Production Systems led the sequential growth, posting an 18% revenue increase on higher product deliveries and backlog conversion during the quarter, mostly internationally. Well Construction revenue increased 12% sequentially due to higher land and offshore drilling activity both in North America and internationally, in addition to improved pricing. Reservoir Performance revenue grew 10% due to higher intervention, evaluation, and stimulation activity, both on land and offshore along with improved pricing. This solid performance in the Core was complemented by Digital & Integration, which experienced an 11% sequential revenue increase, driven by higher exploration data licensing sales.

Second-quarter cash from operations was $408 million and reflected the build-up of working capital in line with the significant revenue growth. Working capital is expected to improve and, consequently, free cash flow generation will accelerate through the second half of the year, consistent with our historical trends.

Le Peuch said, “Looking ahead, the second half of the year continues to shape up very well as highlighted in our revised expectations for the full year, encompassing all phases of oil and gas development and all operating environments—from high-volume onshore to deepwater offshore—and firmly establishing digital, decarbonization, and improved pricing as defining characteristics of this upcycle.

“Despite near-term concerns over a global economic slowdown, the combination of energy security, favorable break-even prices, and the urgency to grow oil and gas production capacity is expected to continue to support strong upstream E&P spending growth. Consequently, we are witnessing a decoupling of upstream spending from near-term demand volatility, resulting in resilient global oil and gas activity growth in 2022 and beyond.

“Our second-quarter results were a great demonstration of our revenue, operating margins, and earnings growth potential. I am very pleased with our execution thus far in the year and extend my appreciation to our team for delivering an exceptional quarter.”

On 21 July 2022, Schlumberger’s Board of Directors approved a quarterly cash dividend of $0.175 per share of outstanding common stock, payable on 13 October 2022, to stockholders of record on 7 September 2022.

Revenue in Latin America of $1.3bn increased 10% sequentially due to higher stimulation activity in Argentina, higher Production Systems sales in Brazil and Mexico, and higher offshore drilling in Guyana.

Year on year, revenue grew 26% due to higher drilling activity in Mexico, Ecuador, and Brazil as well as increased stimulation activity in Argentina.

Europe/CIS/Africa revenue of $1.7bn increased 20% sequentially. This significant growth was driven by activity that strengthened beyond the impact of the seasonal drilling activity recovery in the Northern Hemisphere with higher Production Systems sales in Europe and Scandinavia and multidivisional activity increases in Sub-Sahara Africa.

Revenue in the Middle East & Asia of $2.2bn increased 7% sequentially due to higher drilling across Asia, particularly in China, Australia, and Indonesia as well as multidivisional activity increases across the Middle East mainly in Oman, United Arab Emirates, Saudi Arabia, Egypt, and Iraq.

Year on year, revenue increased 8% due to higher drilling, stimulation, and intervention activity on new projects in Iraq, Oman, Egypt, Qatar and across Southeast Asia and Australia.

North America revenue of $1.5bn increased 20% sequentially and represented the highest sequential quarterly growth rate since 2017. US land revenue growth outperformed the rig count increase sequentially, while offshore revenue growth was more than double the pace of US land—boosted by increased exploration data licensing in the US Gulf of Mexico and higher drilling activity. US land revenue increased due to higher drilling activity and increased sales of surface production systems, while Canada land revenue increased despite the spring breakup due to higher Asset Performance Solutions (APS) project revenue.

Schlumberger continues to secure a pipeline of new contract awards as customers announce new projects and with the expansion of existing developments globally. Schlumberger is increasingly being selected for its superior performance and execution and its innovative technology that enhances customer success. Examples of awards from the quarter include the following:

Digital adoption across the industry continues to gather momentum, expanding how customers access their data, improve existing or create new workflows, and use data to guide decisions that boost performance in the field. Customers are adopting our industry-leading digital platform and edge solutions in the field to solve new challenges and improve operational performance. Examples from the quarter include the following:

Our industry must advance sustainability in its operations by reducing environmental impact while contributing to the stability of the global energy supply. Schlumberger continues to create and apply technology to both reduce emissions from customer operations and support clean energy generation around the world.

Schlumberger continues to advance its portfolio of new energy ventures in Schlumberger New Energy, where it is applying domain expertise and technology industrialization capabilities to growing new energy markets.