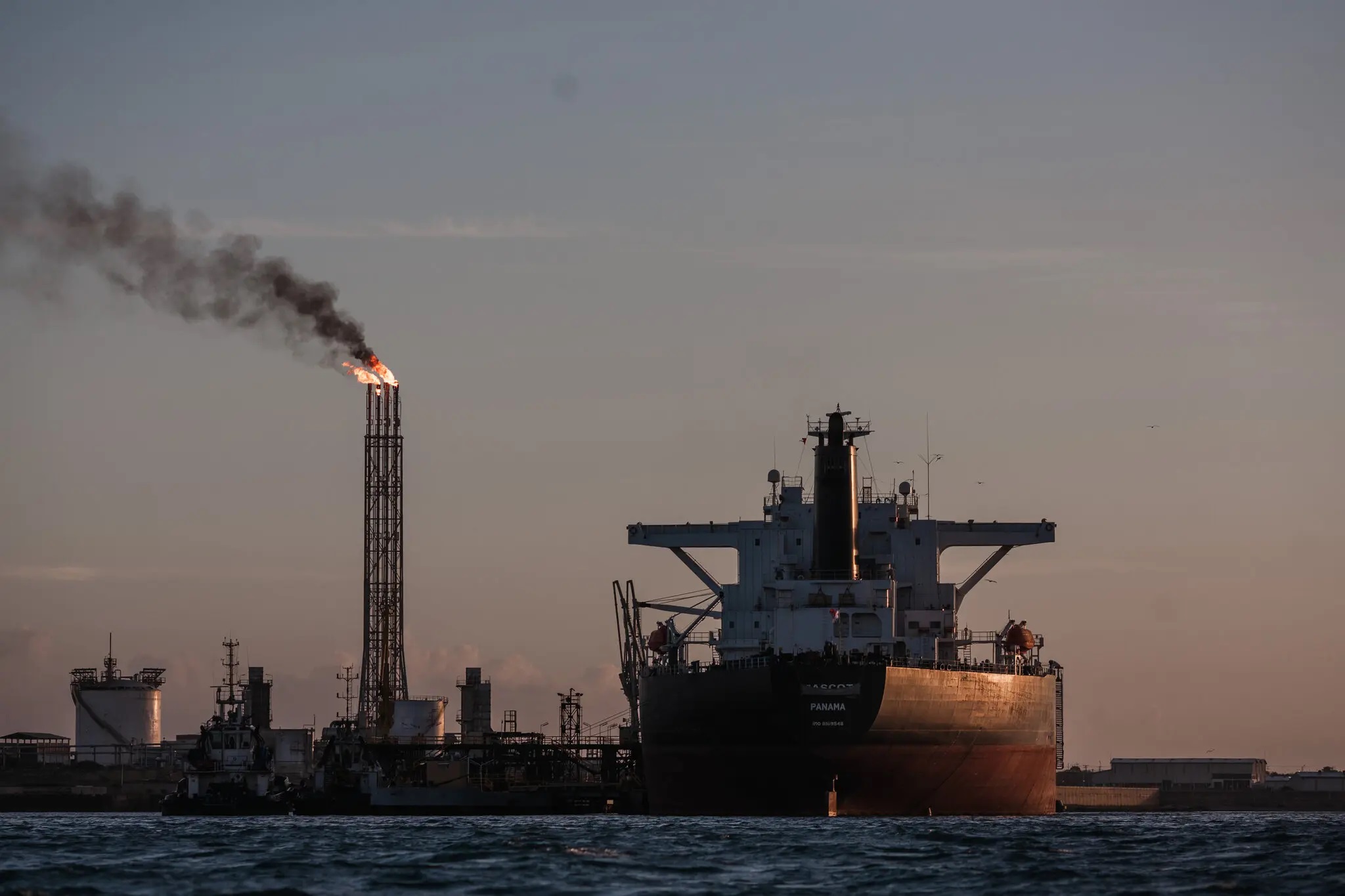 (The New York Times, 12.Jul.2022) — Russia’s use of energy as a weapon in its standoff with the West is redrawing the geopolitical map, but it could strain ties with allies like Iran and Venezuela.

As Russia pushes to find new buyers for its oil to skirt ever tougher Western sanctions, it is cutting into the market share of two of its allies — Iran and Venezuela — and setting off a price war that could hurt them all.

The competition for sales to Asia has already forced Venezuela and Iran to sharply discount their crude to try to hang onto the few available outlets for their own sanctioned exports, according to oil analysts and traders.

And although both Iran and Venezuela profess publicly to remain close to Russia, experts expect that if the oil battle intensifies it will raise tensions with the Kremlin even as its leader, Vladimir V. Putin, works to shore up his alliances. On Tuesday, his government announced he would make a rare trip outside the country next week to Iran’s capital, Tehran.

The oil competition set off by Russia’s invasion of Ukraine already appears to be pushing Venezuela a bit closer to the West, after years of a deep freeze in relations over electoral and human rights abuses by the country’s authoritarian leader. The last remaining American oil producer there, Chevron, has been in talks with the Venezuelan government, according to a Venezuelan oil executive and a local official. Any possible deal to bring more Venezuelan crude onto world markets would help the United States, which is increasingly desperate to reduce oil prices to limit the damage to Western economies from the war and from sanctions imposed on Russian oil. The economic fallout is whittling away at support for Ukraine in its struggle against its larger neighbor.

“The war shows that countries have interests, not enemies or friends,” said Francisco Monaldi, a Venezuelan oil politics expert at Rice University.

The spike in energy prices has given fossil fuels a prominence they last enjoyed in the 1970s, amplifying the effect of the Kremlin’s policies far beyond the battlefields at a time when many world leaders had hoped to begin phasing out oil to tame climate change.

Daniel Yergin, a prominent energy expert and the author of “The New Map: Energy, Climate, and the Clash of Nations,” said the energy crisis was unraveling the last vestiges of the post-Cold War global economy, heralding a new era of great power competition in an increasingly fragmented world.

“Oil and natural gas,” he said, “have become central to the outcome of this new struggle.”

The resurgence of oil and gas — and the fact that so much of global supply comes from Russia — has been Mr. Putin’s strongest weapon against the West, giving him a geopolitical clout far beyond his country’s position as the world’s 11th largest economy.

It didn’t look that way earlier in the war, when the United States began to nudge allies to punish Russia, leading to the promise of an oil embargo by Europe. The hope was that cutting Moscow from that market would help starve it of the revenue to wage its war.

Instead, the price of oil shot up, reaching levels not seen since 2008. Russia’s oil revenues increased and have continued to feed its war machine.

As Russia began to lose its Western markets, China and India agreed to buy more of its oil, at a discount, despite initial pleas from the United States.

The Biden administration is currently trying again to outmaneuver Russia. Despite chilly relations, President Biden is traveling this week to Saudi Arabia, the Persian Gulf state that the West wants to pump out more oil so oil prices will drop. And U.S. officials have proposed a plan meant to cap the price of Russia’s oil.

For now, Russia has won at least a short-term battle with the West over oil revenues. But it could come at a geopolitical price if Iran and Venezuela feel too much economic pain. Both countries have long been allies of Russia, one of the few countries to offer them economic help when much of the world turned away.Venezuela and Iran treat oil-related statistics as a state secret, so it is difficult to tell whether revenue is dropping, or if the loss of market share is being made up by higher benchmark prices for the crude that is sold. But the volume of Iran’s exports are dropping, according to a trader and an analyst, preventing the country from reaping the benefits from the spike in energy prices.

The discounts offered by Venezuela’s state oil company, known as PDVSA, to Chinese refiners reached record highs since the invasion of Ukraine, according to Venezuelan energy experts and oil executives. A barrel of the country’s flagship type of crude, known as Merey, currently sells in Asia for up to $45 dollars less than Brent, a crude that is used to set global oil prices and currently trades at about $100 a barrel.

Before the war, the discount was about half what it is now, according to the Venezuelan oil executive, who asked for anonymity to speak about a sensitive subject.

Worse, since the start of the war Russian shipping firms have stopped paying PDVSA for the crude they sell on its behalf in Asia, depriving the country of a crucial source of income, according to the executive, who is familiar with the arrangement. Last year, that scheme earned the Venezuelan government $1.5 billion, representing a quarter of all state oil revenues.

“Sanctioned Russia is struggling to be a reliable ally to Venezuela,” said Risa Grais-Targow, a Latin America analyst at the risk consultancy Eurasia Group. “The economic relationship that has been there for some time is fraying.”

She said the Chinese government has prioritized Russian imports partly because it has closer strategic ties to its northern neighbor.

In the first two months of the Iranian lunar year, which started in late March, the country earned only 37 percent of its projected revenues for the period, according to figures from Iran’s Supreme Audit Center.

An Iranian oil trader, who spoke on condition of anonymity because of the sensitivity of the topic, said Russian competition has cut Iran’s oil exports to China by more than a third of its prewar levels.

The trader said Iran’s exports to Asia have fallen to an estimated 700,000 barrels per day, half of the export volumes on which the country based its annual budget.

“Iran is at a major economic and political disadvantage in the post-Ukraine war environment,” said Alireza Haghighi, a Canada-based political analyst.

Other Kremlin allies have felt the sting of Russia’s use of energy as leverage. Last week a Moscow court unexpectedly ordered a one-month shutdown of a crucial pipeline that transports oil from Kazakhstan through Russia, citing environmental violations. The court order, since reversed, appeared to be a warning to Kazakhstan’s president, Kassym-Jomart Tokayev, who has distanced himself from the Kremlin’s war narrative, saying he would not recognize the Russian-backed separatist territories in Ukraine.The court’s original action sent a strong signal to the energy market and Kazakhstan’s government about the power that Mr. Putin wields over the global oil supply, and the economic fortunes of his wavering ally, said George Voloshin, a Paris-based expert at the risk consultancy Aperio Intelligence.

Despite growing economic competition, both Iran and Venezuela have maintained a show of public solidarity with Mr. Putin. In frequent personal meetings since the start of the war, top Kremlin officials and their Iranian and Venezuelan counterparts have vowed to close ranks to overcome American sanctions.

But, paradoxically, the energy price spike may be moving the interests of Venezuela and Iran closer to the West.

Both countries desperately want to sell more oil, and the United States and Europe need to find new sources of energy to reduce domestic fuel prices.

In a surprise development, senior American officials traveled to Caracas, Venezuela’s capital, twice since the start of the war, opening direct negotiations with the government of President Nicolás Maduro, the authoritarian leader that the United States considers illegitimate.

The White House said the trips focused on securing the release of American prisoners in Caracas. But people familiar with the content of the meetings said the possibility of restarting Venezuelan oil exports to the United States was discussed during both trips. And under European pressure, the Biden administration last month quietly allowed the Italian oil company Eni and its Spanish peer Repsol to export Venezuelan oil to Europe, opening another crack in the official policy of isolating Mr. Maduro’s economy.

At the same time, the U.S. energy giant Chevron is negotiating a deal to allow it to export production from its Venezuelan oil fields to the United States for the first time since 2019, according to the Venezuelan official and another person familiar with the talks.

The company declined to comment on the reported deal, adding that it complies with the current sanctions rules.

Some Iranian officials are also trying to use the standoff between the West and Russia to their country’s advantage.

Political factions that support a nuclear deal with the West argue that the ejection of Russia from Europe’s energy market presents Iran with an opportunity to regain Western oil customers, if the country’s leaders reach a settlement. In effect, both Iran and Venezuela are looking to compensate for what Russia is doing to them in Asia by taking the Western market share lost by Russia.

“Iran knows the energy pain that E.U. countries are bearing, and that this could get worse,” said Ms. Vakhshouri, the energy expert. “Ultimately it is in Iran’s favor.”

By Anatoly Kurmanaev and Farnaz Fassihi. Mariana Martínez, Jack Nicas and Ruth Maclean contributed reporting and research.Anatoly Kurmanaev is a correspondent based in Mexico City, covering Mexico, Central America and the Caribbean. Prior to joining the Mexico bureau in 2021 he has spent eight years reporting on Venezuela and the surrounding region from Caracas. @akurmanaev

Farnaz Fassihi is a reporter for The New York Times based in New York. Previously she was a senior writer and war correspondent for the Wall Street Journal for 17 years based in the Middle East. @farnazfassihi