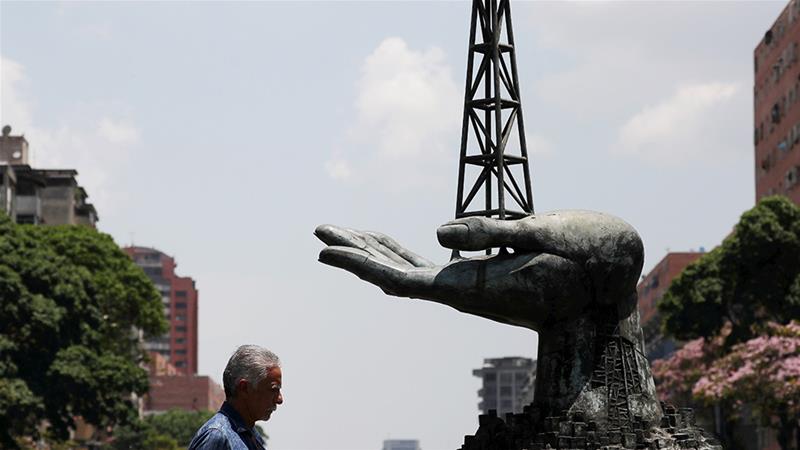 (Ft.com, 6.Mar.2022) — A high-level US delegation has met top government officials in Venezuela, as the world seeks alternative suppliers to replace Russian oil if western sanctions on Moscow are tightened after its invasion of Ukraine.

Juan González, the top White House official on Latin America, was in Caracas on Saturday for meetings with President Nicolás Maduro’s government, according to a source familiar with the discussions. Two other sources confirmed that a senior US delegation was in Caracas for meetings.

These represent a big policy shift, as the US broke off diplomatic relations with Maduro in 2019 and closed its embassy, accusing him of stealing a presidential election the previous year.

There was no official US confirmation of the high-level visit, which was first reported by the New York Times, but data from flight-tracking website ADS-B Exchange showed a Gulfstream jet leaving a Washington airport and flying to Caracas via Miami on Saturday. There are no commercial flights from the US to Venezuela at present.

Maduro has been a close ally of Russia and Moscow’s deputy foreign minister Yuri Borisov visited Caracas only days before Russia invaded Ukraine. But experts said US officials see an opportunity to ease longstanding sanctions on Venezuelan oil and coax Maduro away from Moscow’s embrace at a time when global oil supply concerns are peaking.

Antony Blinken, secretary of state, said on Saturday that the US was in “very active discussions” with European partners to ban imports of Russian oil in a co-ordinated manner.

“I think it’s expectable, even predictable, that the Biden administration would try to smooth things over with Venezuela and Iran given the crisis in energy supply caused by Russia’s invasion of Ukraine,” said Francisco Rodríguez, a fellow at the Council for Foreign Relations and longstanding critic of US oil sanctions on Venezuela.

“There is, in principle, a possible deal that could significantly raise Venezuelan oil production in the medium term if sanctions are lifted and Maduro allows western oil companies to operate oilfields.”

Washington imposed tough sanctions on Venezuelan oil from 2019 in an effort to force Maduro to step down. In an unprecedented move, the US recognised opposition leader Juan Guaidó as Venezuela’s legitimate president instead of Maduro and persuaded around 60 other nations to follow suit.

The sanctions crushed Venezuela’s economy but Maduro tightened his grip on power and has survived with the support of Cuba, Russia and China. Guaidó meanwhile has lost ground and reluctantly accepted political negotiations with the Maduro government in Mexico last year. Venezuela subsequently abandoned the talks.

Geoff Ramsey, a Venezuela expert at the Washington Office on Latin America, said the US move was not purely about oil. “The most interesting recent development is that the opposition in Venezuela has been urging the Biden administration to provide them with carrots to bring the regime back to the table to revive negotiations,” he said.

Any move to shift American policy on Venezuela and relax oil sanctions is likely to face strong opposition from some Republican hawks, particularly those close to the Venezuelan exile community.

“Joe Biden using #Russia as an excuse to do the deal they always wanted to do anyway with the #MaduroRegime,” commented Florida senator Marco Rubio. “Rather than produce more American oil he wants to replace the oil we buy from one murderous dictator with oil from another murderous dictator.”

Venezuela has the world’s largest oil reserves and used to be a major exporter but its production has collapsed in recent years from near 3mn barrels per day to less than 1mn amid mismanagement and sanctions.

By Michael Stott in London and Gideon Long in Bogotá